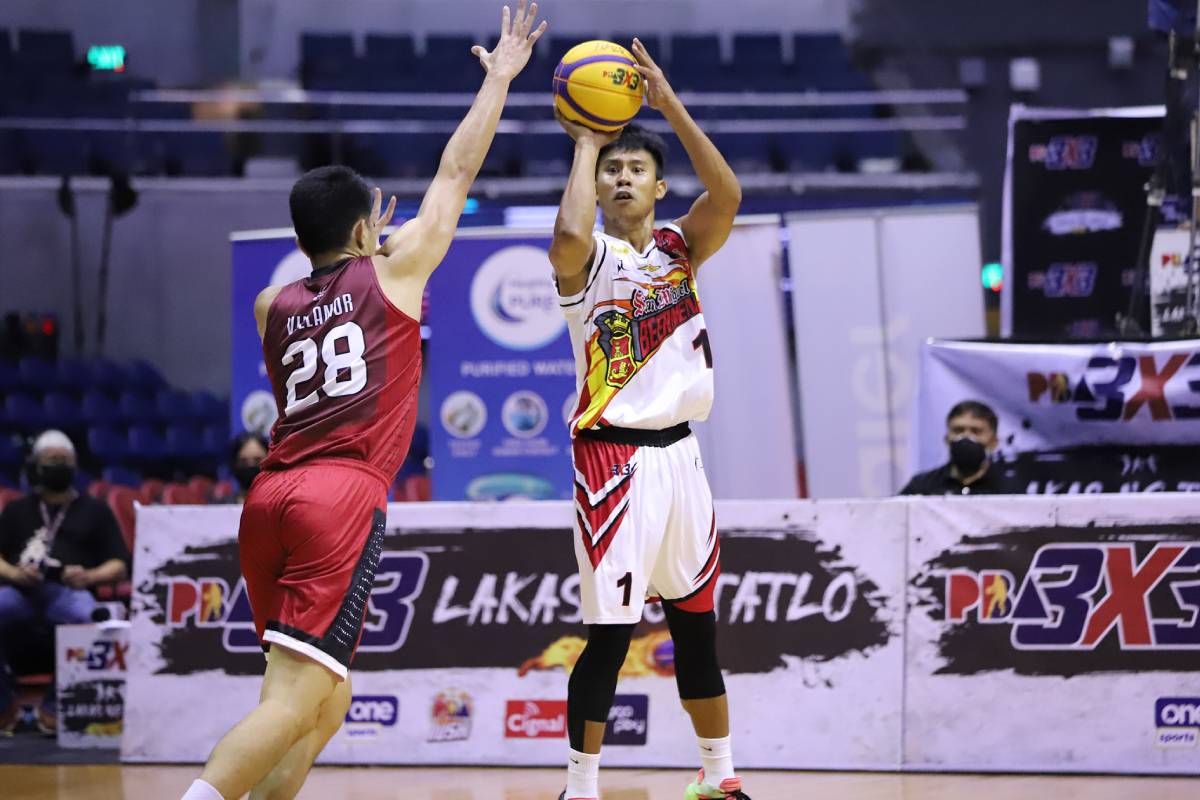 San Miguel will not have one of its best players for the PBA 3×3 Second Conference Grand Finals on Wednesday at the SMART Araneta Coliseum.

Jeff Manday is ruled out no thanks to a right hand injury, head coach Boycie Zamar disclosed to Tiebreaker Times a day before the hostilities.

Manday was actually seen pulling his injured hand with less than four minutes remaining, and was attended to by the in-venue doctor shortly after.

Still, he was able to return to the game and helped the Beermen nip the guest team, 21-17, to rule the leg. The Negrense gunner had four points.

Not having Manday will surely be tough for Zamar and Co., given that he had been one of the reasons behind their success in the conference.

The sixth-round pick of SMB 5-on-5 last year averaged 7.8 points, 3.6 rebounds, and 1.9 assists across six legs — two of which they lorded over.

With this, the Beermen have called up Bacon Austria and Moncrief Rogado to take the places of both Manday and James Mangahas.

Austria and Rogado will join top big man Ken Bono and Louie Vigil in the grand finale, where P750,000 awaits the champion.

San Miguel is among the four teams already seeded in the quarterfinals.