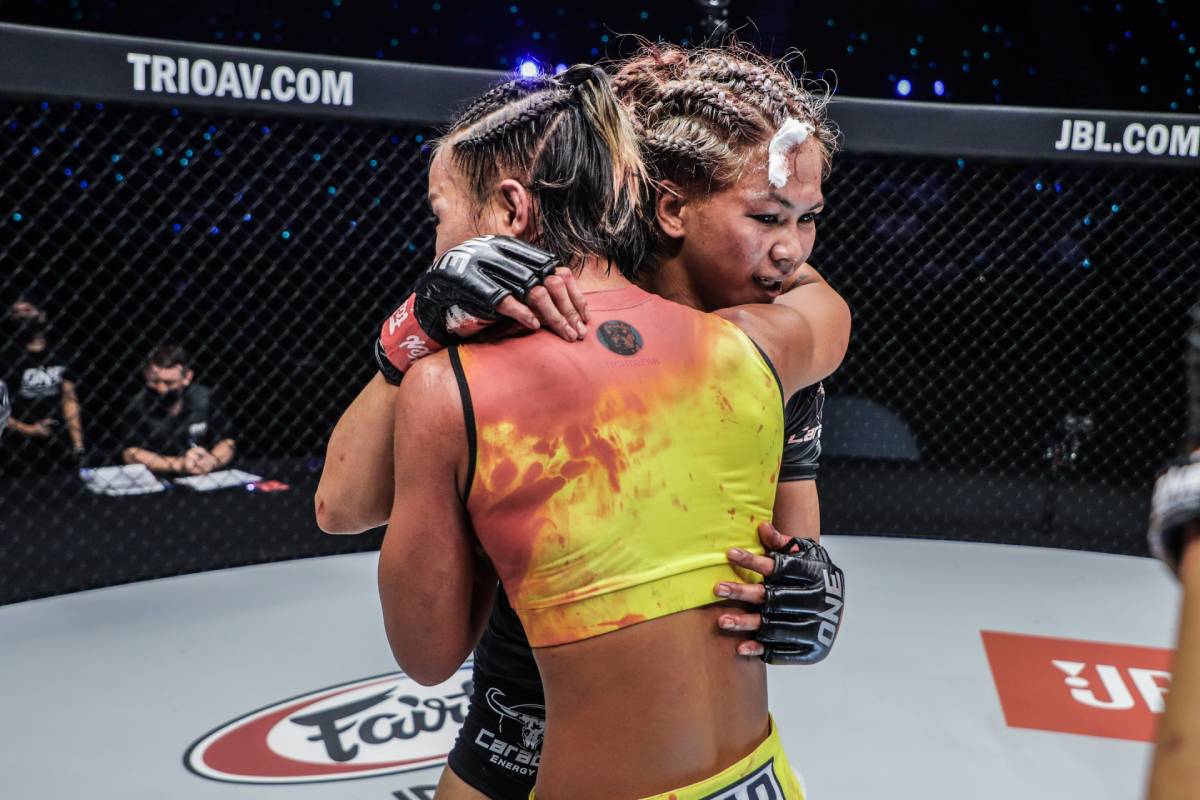 The South Korean was one of the favorites in the tournament. She suffered an injury while preparing for her semifinal clash against no. 3-ranked Stamp Fairtex at ONE: NextGen on October 29.

Replacing her is Julie Mezabarba, who had a debut to remember at ONE: EMPOWER. She dominated former ONE Atomweight World Title contender Mei “V.V” Yamaguchi in the tournament alternate bout.

While losing one of the top bets in the Grand Prix might be considered a setback, Mezabarba is a more-than-able replacement.

Fans have pitted Stamp and Ham together mainly because of their style. Stamp has the best Muay Thai in the division, while Ham is known as a dangerous kickboxer with heavy hands.

While that clash will have to wait, Mezabarba is likewise a fitting dance partner for Stamp owing to the Brazilian’s pinpoint striking.

In fact, she put her striking on display against Yamaguchi, showcasing her boxing as she peppered the Japanese athlete with straight right hands and uppercuts. She also shrugged off her foe’s takedown attempts.

So despite Ham being out, it’s still going to be a striking showdown in the semifinal pairing after all.

Completing the semis is a clash between two contrasting grapplers in #4-ranked Ritu “The Indian Tigress” Phogat and Itsuki “Android 18” Hirata.

It was certainly a disappointing end for Ham’s Grand Prix skirmish, especially after coming off a tightly contested split-decision win over the division’s top contender in Denice “Lycan Queen” Zamboanga.

However, fans can expect a hungrier and more determined Ham when she recovers. And that will make the atomweight division more interesting in the months to come.

In the meantime, ONE Championship returns to live action with ONE: FIRST STRIKE on 15 October. Download the ONE Super App for more details on the event.

In this article:Denice Zamboanga, ONE: NextGen, Seo Hee Ham