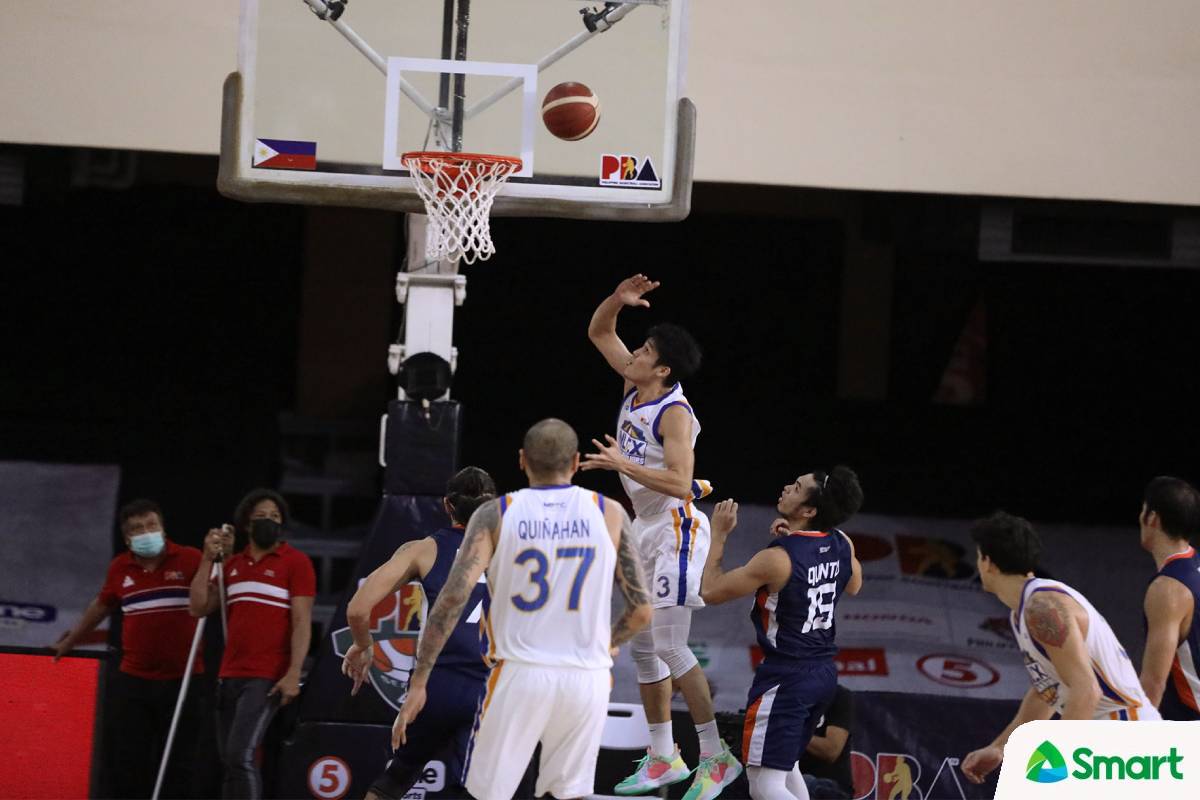 NLEX head coach Yeng Guiao said that the play he drew up in an attempt to snatch the lead from Meralco in the final seconds of their 2021 Honda PBA Philippine Cup quarterfinal encounter was really intended for Calvin Oftana.

And the veteran mentor couldn’t be any happier to see his rookie deliver in such a nerve-racking moment, as he saved the Road Warriors’ season.

“Yeah, that was intended for him,” he said after their 81-80 win. “It went exactly as we planned it. But of course, sometimes it happens, sometimes it doesn’t happen for you. But we’re really lucky that it happened for us this time.”

Guiao has always been known to give players, regardless of their stature, the opportunity to rise in big moments. The champion bench tactician, however, did not take any credit, insisting that the players earned that chance.

“They deserved the opportunity to put the game in their hand, especially the way Calvin played the last time,” he said.

Guiao, of course, was referring to the San Beda product’s 34-point explosion last week in their elimination round meeting with the Bolts, which saw him bury eight three-pointers to set an all-time rookie record.

There, he made three straight triples in the final 1:57 to pull his side to within two, but they could not complete the comeback from 20 down.

The 62-year-old shared that he had actually spoken to Oftana about that game and said that he may not be able to replicate such a fine outing as teams will try to stop him, although he offered a simple reminder.

“I know he’s being schemed already, ginagawan na siya ng mga plano ng ibang teams paano siya depensahan. Actually, we talked last night, I told him, ‘You’re probably not going to score 34 points but there are other ways of winning.'”

Thus, the elation Guiao felt seeing the third overall pick in last March’s draft take to heart his advice against their sister teams.

“He showed that tonight,” he said. “It’s not really me giving them a chance, it’s them proving that they deserve the chance. Binigyan lang natin ng pagkakataon dahil alam natin he deserves the chance.”

Guiao, though, admitted that the play would’ve been intended for Kiefer Ravena if he’s still with NLEX. But he did not take anything away from the 25-year-old, whom he said has done an excellent job stepping up in lieu of the star guard.

“Actually, ‘yung last play na ‘yun, if we had Kiefer with us, that would have been for Kiefer, but he stepped into the shoes of Kiefer and he’s done excellently so far,” he said.

With yet another remarkable outing from his young ward, Guiao expressed how fortunate he is to have acquired such a talent in Oftana.

“Ang kailangan lang ni Calvin is too mature with his decision-making, but he has all the attributes,” said the outspoken coach. “He has the basketball body, he has the athletic ability, he has the composure.

“All rookies will go through a point where they will have to make mistakes first before they get better. So he’s at that point. So, he’s a very special player and we’re very lucky we were able to draft him.”