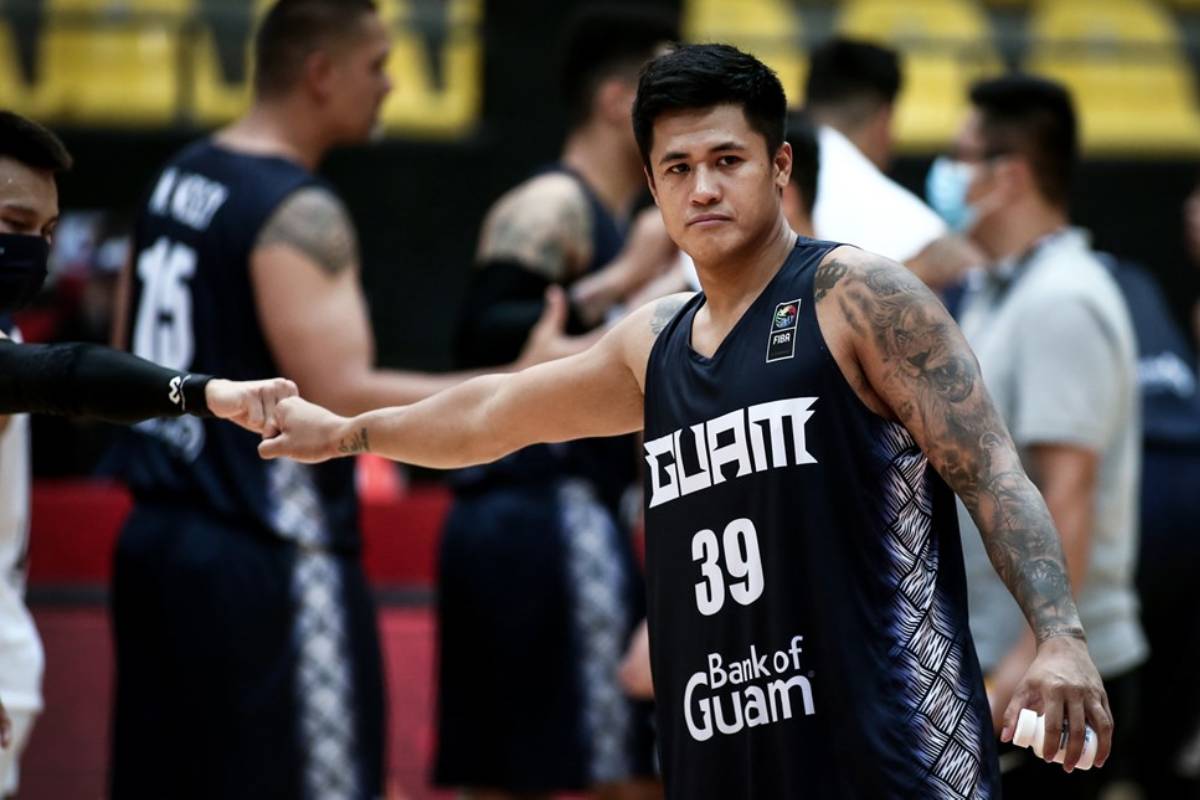 The 30-year-old left a trail of impressed heads after leading the cagers from Polynesia to a pair of lopsided wins over Hong Kong for a slot in the qualifying draw prior to the tournament proper in August in Indonesia.

“That’s going to help us a lot,” the decorated mentor told The Gilas Zone.

“So I’m really excited about that aspect of his game really improving.”

That aspect, in particular, was Cruz’s three-point shooting, a facet which the feisty combo guard has actually been working on the way before he rejoined the EJ Calvo-mentored Guamanians for their assignments in Amman.

“Even before he went there, he was already working on his three-point shot. He knows he can drive to the basket, he knows he can slash, but [that was] one thing probably that he needed improvement,” Guiao said.

Not that he doesn’t have such a shot in his arsenal, but the 62-year-old bench tactician assessed that he needed to make it consistently.

FIBA’s three-point distance though is closer compared to the PBA’s — 1.6 inches closer at the top of the arc and .35 inches at the corners.

But beyond the much-refined accuracy, what really pleases Guiao is the seven-year pro’s improvement overall as a player.

Cruz averaged 22.0 points on 63-percent shooting from the field, on top of 4.5 assists and 4.0 rebounds in the Amman bubble. And what he showed has made his long-time coach all the more excited for the PBA wars.

For Guiao, having Cruz alongside the star tandem of Kiefer Ravena and Kevin Alas makes him extremely confident that the Road Warriors’ backcourt could go toe-to-toe with any guard rotation in the league.

“Jericho is a better passer, he’s a better defender. He’s matured, he’s a leader of the team,” he said.

“I have Jericho, I have Kiefer, and I have Kevin at the backcourt, so I think we can compete with any backcourt combination in the PBA.”