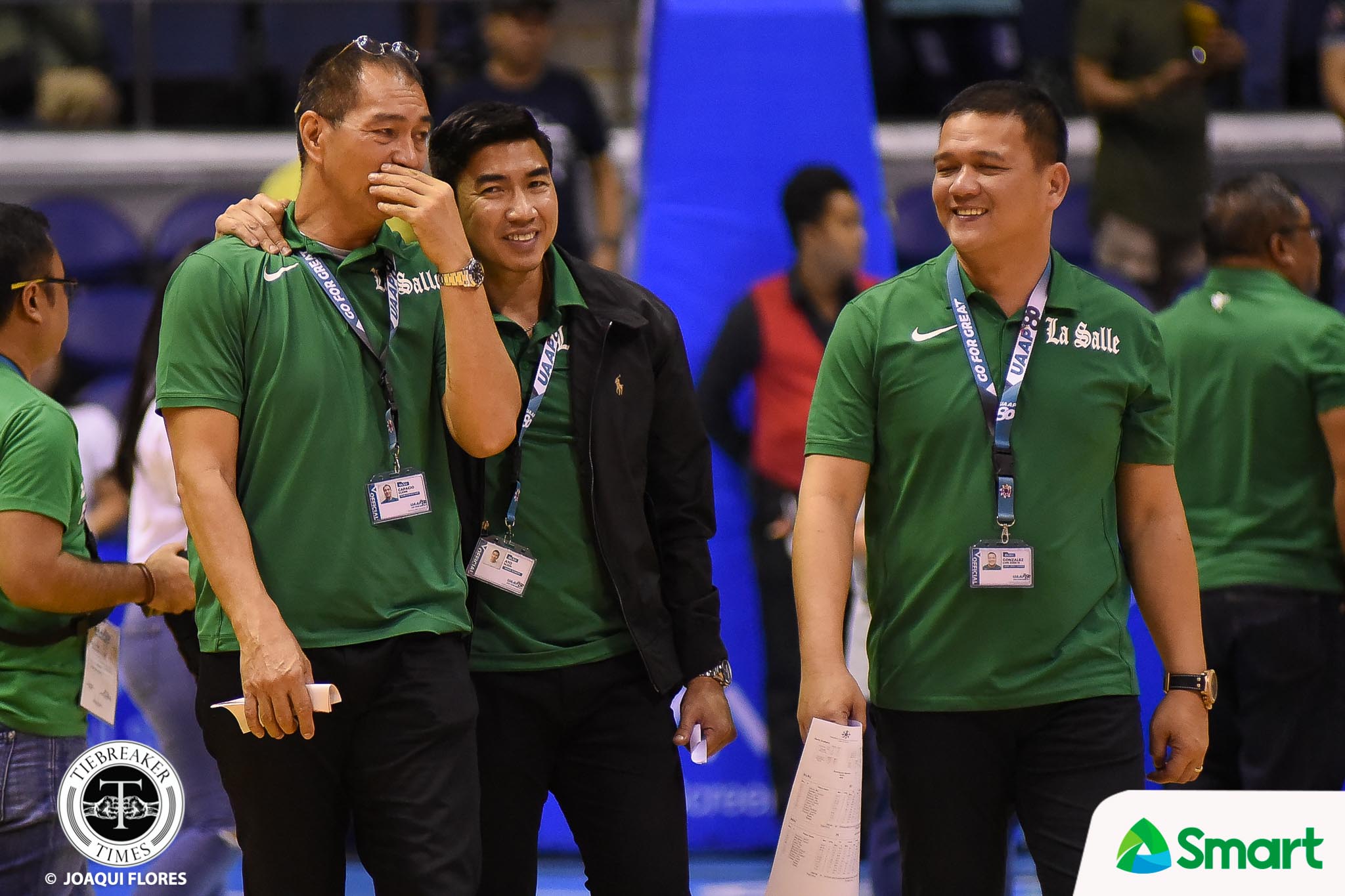 Instead of sulking over Aldin Ayo’s sudden move to coach the University of Santo Tomas Growling Tigers, the team officials of the De La Salle University Green Archers have decided to move on from it.

“The meeting was more of a get together than a meeting,” a member of the team’s management who requested anonymity shared.

“We just talked about what really happened to coach Aldin.”

Moreover, the general thought was that Ayo leaving La Salle was a long time coming as the fiery mentor almost left the team in the middle of the UAAP Season 80 Men’s Basketball tournament, the official added.

Also present were Ayo’s assistant coaches in La Salle and in Letran prior Louie Gonzalez and Glenn Capacio. According to Tiebreaker Times’ source, the two have decided to stay instead of joining Ayo in UST.

The source furthered that Cojuangco and his team are set to elevate Gonzalez as the team’s head coach. Joining him are Capacio and the returning Siot Tanquincen.

If it pushes through, this will be a huge break for Gonzalez, who has been called as the architect of Ayo’s system.

Gonzalez learned the ropes under former Letran head coach Binky Favis back in the late 1990’s. He was part of the team’s staff that won the NCAA Season 75 and 91 crowns.

There were a couple of instances when Gonzalez called the shots for Letran and La Salle in the last three years. 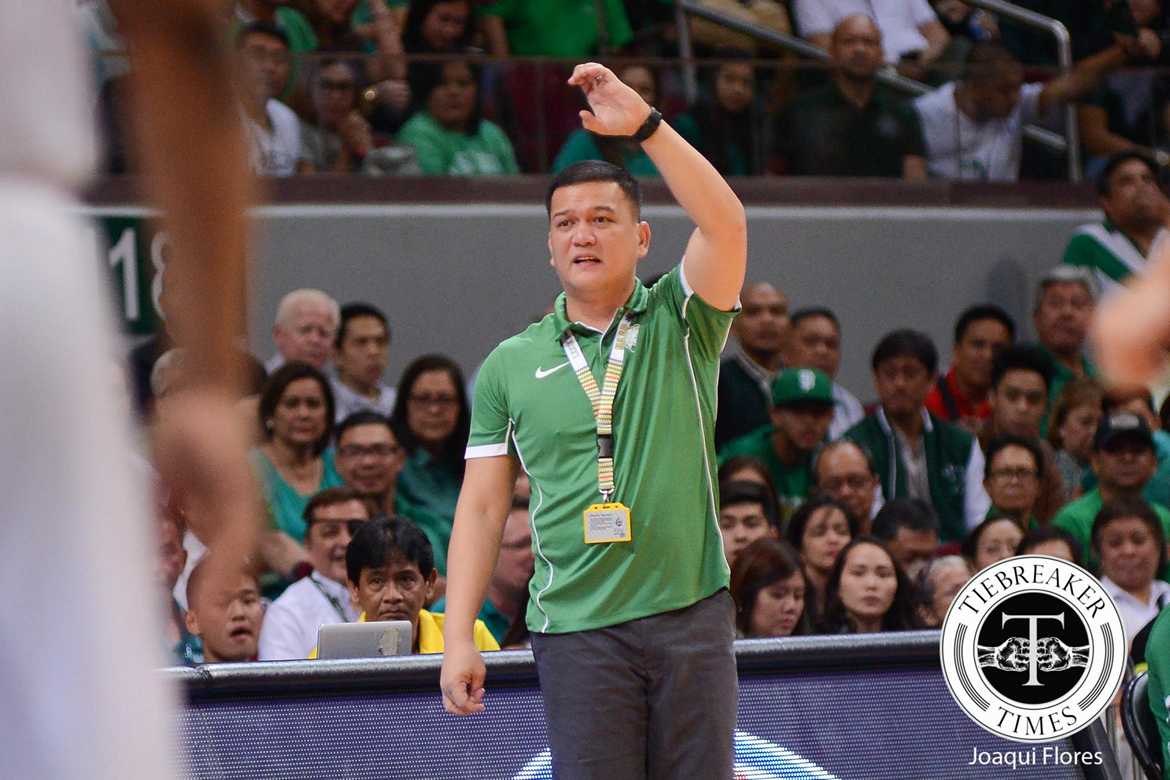 Back in August 7, 2015, the EAC Generals handed the Letran Knights their first loss in the NCAA Season 91 Seniors’ Basketball tournament, 83-69, with Gonzalez manning the sidelines. He was able to redeem himself a year later as the Green Archers ripped the Ateneo Blue Eagles, 97-81, to sweep the first round of the UAAP Season 79 Men’s Basketball tournament last October 2, 2016.

Ayo was suspended during both of those games.

The officials of the Green Archers will gather once again during the first week of January.