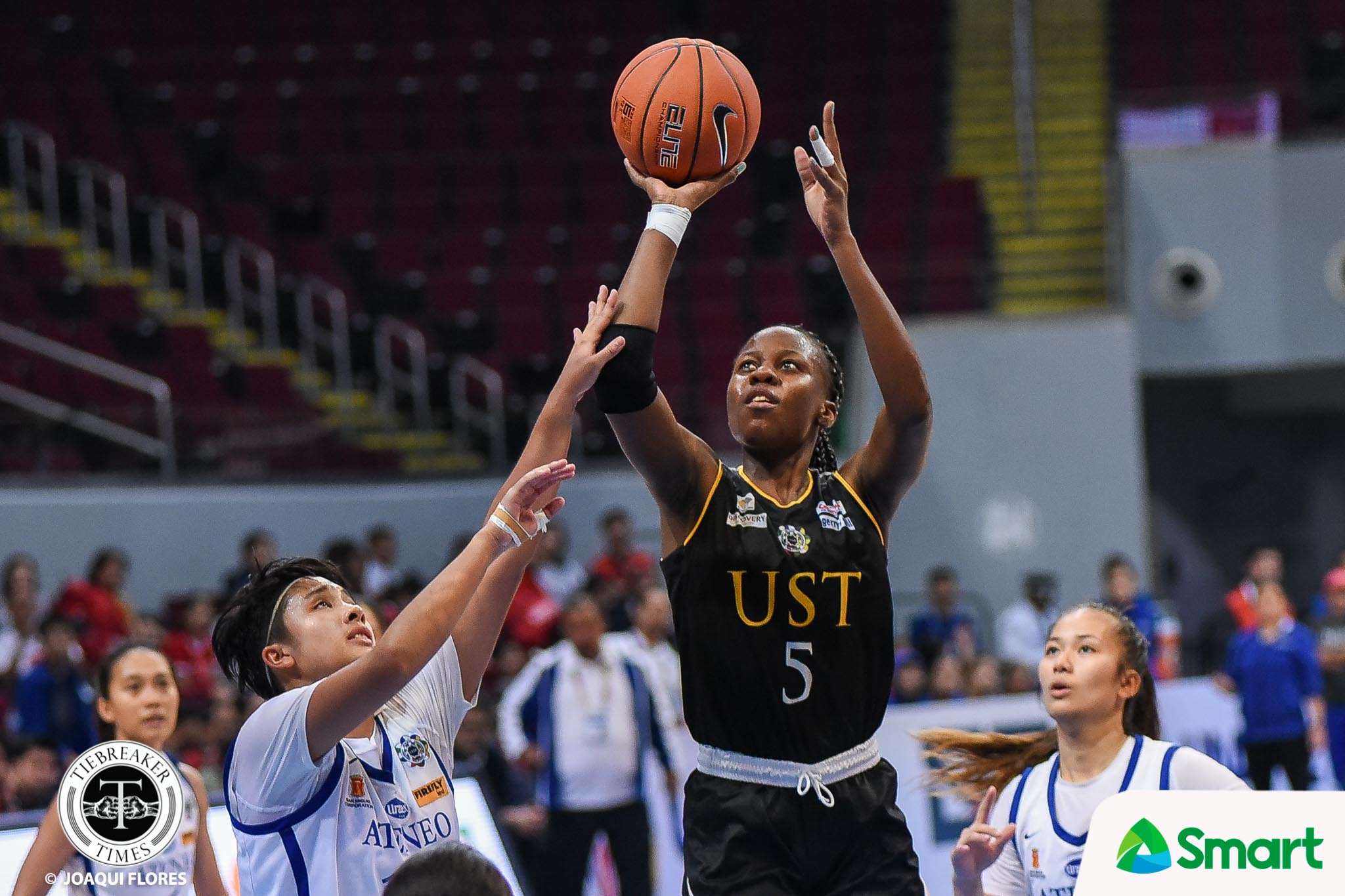 University of Santo Tomas held on to a 68-66 win over Ateneo for its fourth straight victory in the UAAP Season 82 women’s basketball tournament Saturday at Mall of Asia Arena.

MVP frontrunner Grace Irebu paced the Golden Tigresses with 24 points and 25 rebounds, to go with an assist, a steal, and a block to rise up the standings at 6-2.

Kat Guytingco and Jhaz Joson brought the Lady Eagles back within two with 23.1 seconds remaining and even forced a stop when Shen Callangan stepped out of bounds with 10.4 ticks left.

But Joson was unable to get a shot up, with Irebu securing the ball as time expired.

However, coach Haydee Ong was far from satisfied with her side’s performance, especially after UST committed 26 turnovers in the game.

“Obviously, it didn’t turn out the way we wanted it to be. We were too cautious to try and break their press,” said lead assistant coach Arsenio Dysangco. “We just didn’t follow the plan coach Haydee set for
us. That’s where the frustration comes from.”

Alyssa Villamor paced Ateneo with 17 points and four rebounds, while Guytingco had 12 of her 14 points in the second half.

The loss sent the Lady Eagles down to a 3-5 card.