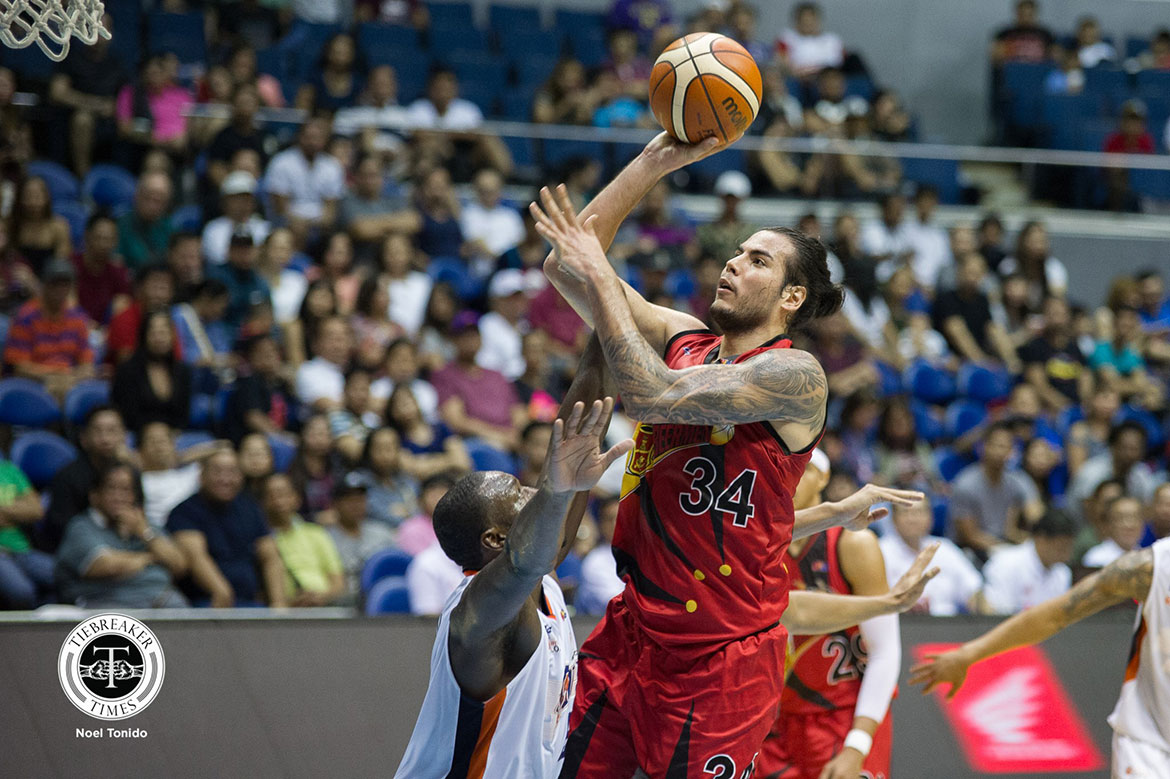 Filipino-German rookie Christian Standhardinger has delivered import-like numbers all tournament long, and has emerged as the runaway leader in the stats race for the Best Player of the Conference in the PBA Governors’ Cup.

Standhardinger led all local players in scoring and rebounding, and was the lone player to put in double-double averages for a whopping average of 43.1 statistical points per outing.

The 6-foot-8 big man collected 23.3 points and 13.6 rebounds a game, and also added norms of 1.6 assists, 0.9 steal and 0.6 block in an outstanding stint in the elimination round of the season-ending conference.

A downside for Standhardinger was a mere sixth-place finish by the Beermen in the prelims. They need to win two in a row versus the Alaska Aces to make the best-of-five semifinals.

Barangay Ginebra’s Japeth Aguilar put in averages of 19.9 points, 6.9 rebounds, 1.8 assists, 1.0 block, and 0.5 steal, as he places second behind Standhardinger in the BPC race with 34.8 SPs an outing.

Banchero, who is enjoying his best conference in the local pro league, leads all comers in assists (8.7) while Anthony paces the field in steals (2.25).

A wild and wooly race is seen in the Best Import derby.

Aaron Fuller (57.4) is closely behind the three, but he’s essentially out of the race as NLEX have exited the tourney after losing their quarterfinal matchup with Ginebra.