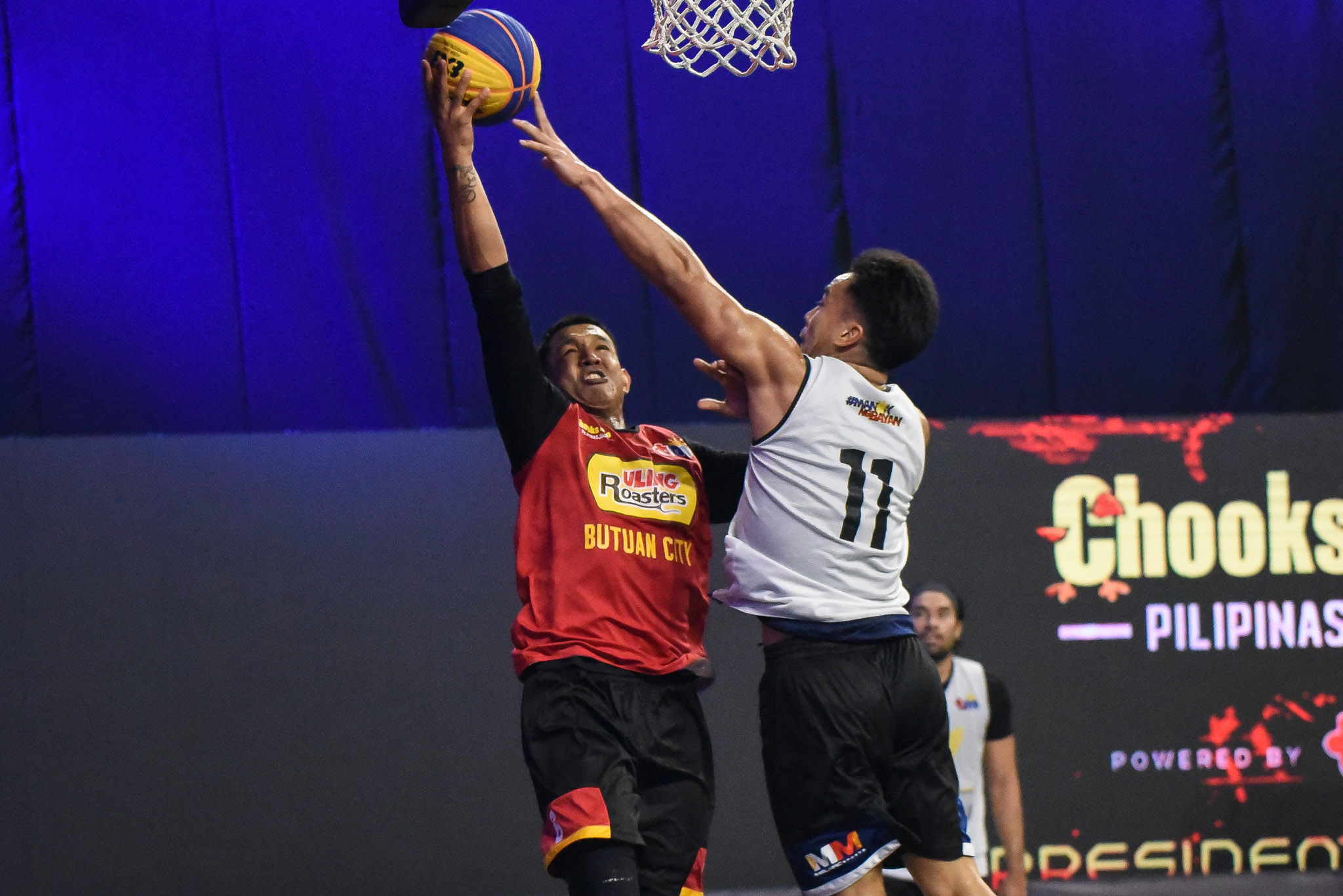 CALAMBA, LAGUNA — It all comes down to Zamboanga City-Chooks-to-Go, backed by Family’s Brand Sardines and the Nueva Ecija Rice Vanguards in the Grand Finals of the Chooks-to-Go Pilipinas 3×3 President’s Cup powered by TM.

The two teams set up a showdown for the ages after taking care of business against separate foes in the semifinals, Friday inside the INSPIRE Sports Academy here.

Nueva Ecija is the surprise squad in the ‘Million Peso Game’. They not only downed Uling Roasters-Butuan City, 20-19, but they did it with just three men.

Jai Reyes’ layup in the dying moments — the last of his six points — made the difference for the fighting Rice Vanguards.

“Para sa’yo ‘to! Para sa’yo ‘to!” he yelled to teammate Mac Sabellina, sidelined by a fractured rib, as they came out on top in the semifinals without a substitute.

Just as emotional was Tonino Gonzaga, who fought tooth and nail and wound up seven points. More importantly, he made a big-time block on a Karl Dehesa layup that would have put Butuan on top by one.

Instead, Gab Banal collared the rebound. He then passed the ball to Reyes for the game-winner.

Banal scored seven points of his own, but Nueva Ecija will have to dig even deeper in the next game. It remains an underdog in the Finals opposite Zamboanga City, who exacted revenge on Pasig-Sta. Lucia Realtors, 21-16 (8:17).

Pasig, who upset the nationals back in Leg 3, was actually in control of the contest early, up 2-5.

But Joshua Munzon came alive from there. He drilled three straight deuces in a 7-0 run that put them on top, 9-5.

Sta. Lucia Realtors still stormed back to tie things up at 15-all. But Munzon and Alvin Pasaol had the quick response for Zamboanga City, conniving for a 6-1 finishing kick.

The Philippines’ no. 1 3×3 player finished with a personal conference-high 15 points while Pasaol ended with two markers.

The nationals and the league upstarts meet in the ‘Million Peso Game’ still streaming on Chooks-to-Go Pilipinas Facebook and FIBA 3×3 YouTube and airing on BEAM TV CH. 31.