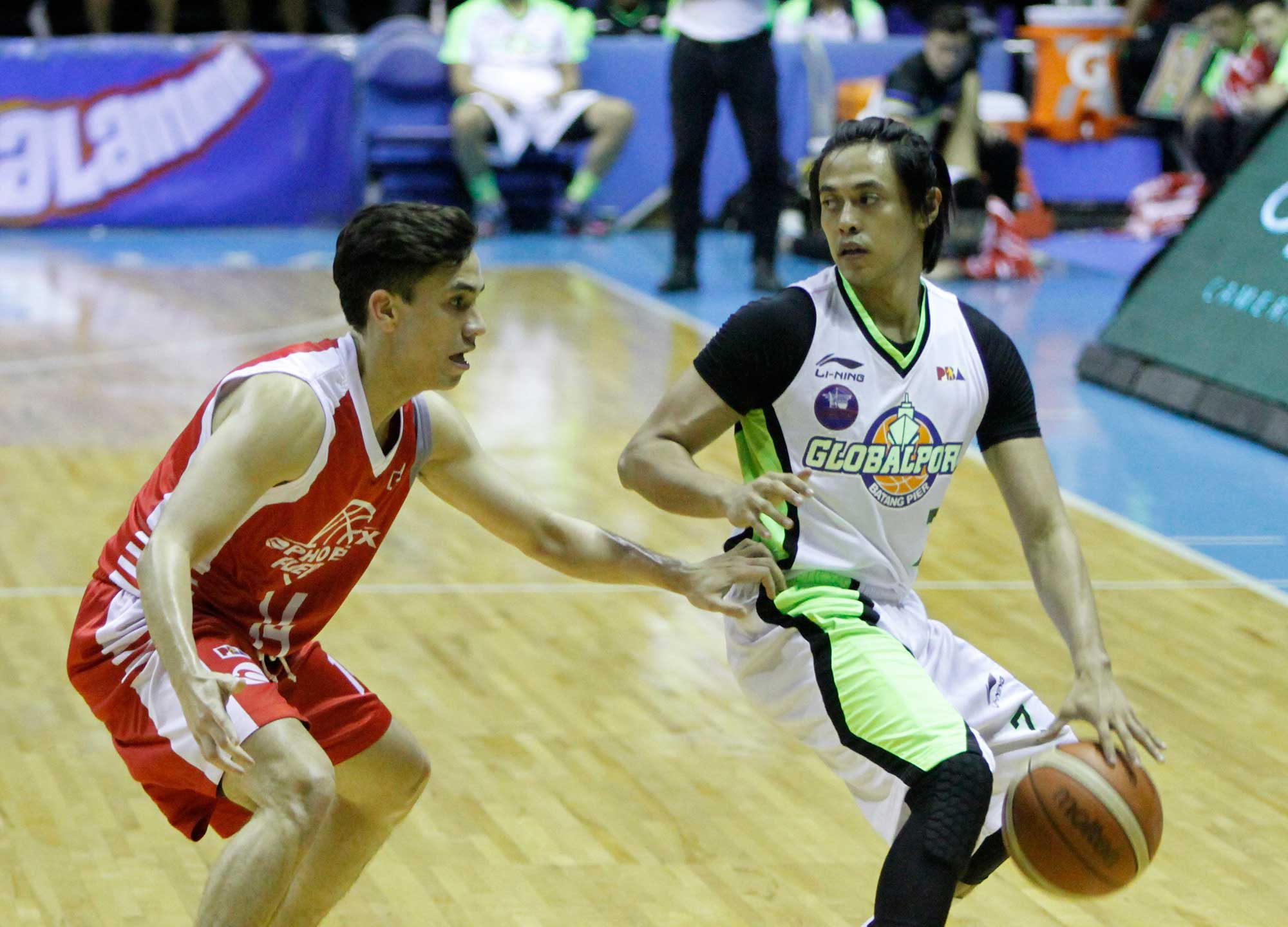 The Globalport Batang Pier knew they had no chance of making the next round, so they made sure another team joined them in the cellar.

Terrence Romeo and Shawn Taggart combined for 85 points, as the Batang Pier eliminated the Phoenix Fuel Masters with a 125-118 win in the PBA Commissioner’s Cup, Friday night at the Smart-Araneta Coliseum.

Romeo caught fire in the first quarter alone, dropping 17 of his 40 points as he transformed an early deficit into a 34-25 lead. Romeo also dished out six assists in the win.

Taggart, who finished with 45 points and 18 rebounds, maintained the work for the Batang Pier, scoring 10 in the third quarter where the team gained their biggest lead, 86-69.

“Si coach Pido (Jarencio), hindi siya makapag-coach, so binigay niya muna sa akin. Buti na lang, I talked to the players, sa practice sinabi, I am (willing) to handle you guys. This is the first time (I called the shots),” Globalport assistant coach Johnedel Cardel, who handled the Batang Pier in the game, said.

“I am thankful for the guys. Nagrespond sila sa akin.”

Globalport will exit the conference carrying a 3-8 record. Phoenix dropped to 3-7 in the team standings and are also out of the running for a spot in the last eight.

Garcia led seven players in double-digits for Phoenix with 21 points, four rebounds, and six assists. Mick Pennisi had 17 points including 5-for-7 from three-point land, while Mac Baracael added 14 points.