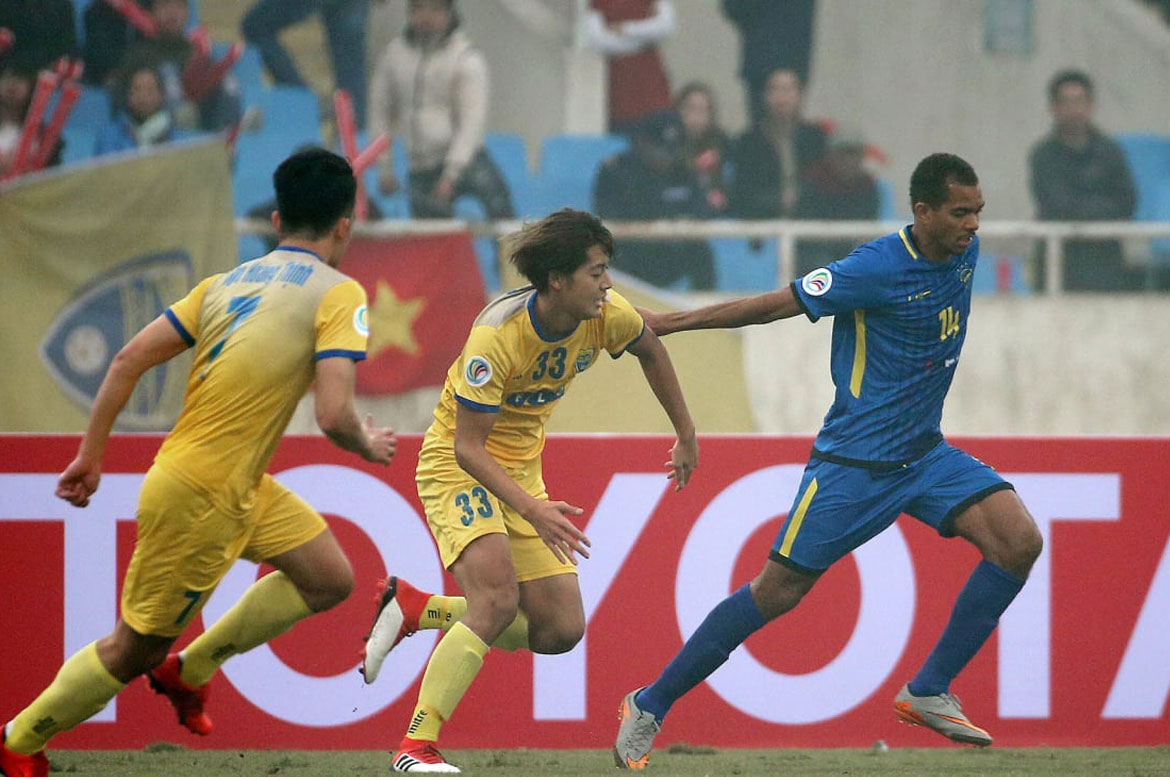 “Defensively, we played a good game and it was unfortunate we lost. But it is not the end of the world for us. We still have five games to play,” said Global coach Marjo Allado.

Thanh Hoa dominated Global all throughout the contest, as the home side had nine shots on target to the latter’s zero. The possession rate was also a difficult read for Allado’s men, as they only controlled the ball 38.6 percent compared to Thanh Hoa’s 61.4. Good goalkeeping from Patrick Deyto limited the damage for Global.

Following a goalless first period, Global finally conceded a goal in the 74th minute, when Senegalese striker Papa Omar Faye headed in the ball to break the deadlock for the 2017 Vietnamese National Football Championship runner-ups.

The 2017 Philippines Football League runners-up had no response to the setback and were forced to settle for a 1-0 loss to start their campaign.

The result left the 2017 Singapore Cup finalists bottom of Group G, although Myanmar’s Bangon United and Indonesia’s Bali United have yet to square off, as they play each other on February 13.

Thanh Hoa mentor Marian Mihail commented, “It was a hard win. We played will in the first half and played less in the second. But what is important is we won the game.”

Global’s next AFC Cup assignment will be against Bali United on February 27. The historic Rizal Memorial Stadium in Manila is the venue for the said game. Kickoff time is stated to be at 7:30 PM.