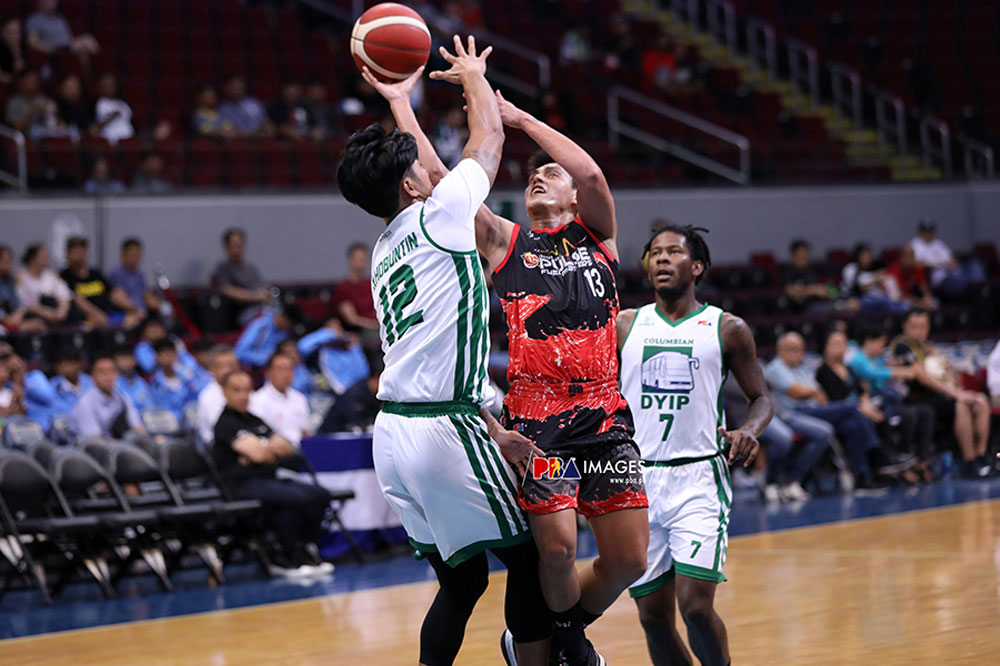 When Glenn Khobuntin saw RJ Jazul racing down the court looking to convert his teammate Richard Howell’s steal to two points for Phoenix, he did not care if he will be called for a foul. His primary goal was to simply stop the shot.

The 6-foot-4 forward chased down and blocked Jazul’s lay-up emphatically. That then led to a possession by Columbian, and Reden Celda would soon take matters into his own hands by sinking a teardrop with 9.3 ticks left to play.

“Kailangan manalo eh so inisip ko na lang either foul or block na yon. Buti na lang na-block at hindi foul,” added Khobuntin, who finished with six points, two rebounds, an assist, and a block in over 29 minutes of play in the win.

Khobuntin actually gave credit to teammate Rashawn McCarthy for somehow slowing down the Fuel Masters guard in that play that led to his block. But McCarthy deflected the credit to the National University product.

“I was back a little bit but he was the guy!” shared McCarthy, who was visibly proud of Khobuntin. “He came outta nowhere and just smacked it and it (ball) stayed inbounds, which was big.

“It gave us an opportunity to take a shot.”

Khobuntin, the 27-year-old product of NU, has really been solid in providing for Columbian when it matters the most. In their 134-132 win over the San Miguel Beermen last June 30, he provided the spark in overtime by scoring six of his eight points.

And now, he came up big again, this time on the defensive end. Told about this, the Cagayan de Oro-native said that there really isn’t anything special with what he’s doing. He’s just simply fueled by his desire to bag home victories.

Saturday marked the fourth straight time that the Dyip played in a down-the-wire tiff, and it’s the second time they won. Though he feels that they aren’t that mature yet, Khobuntin said that these games are definitely of big help.