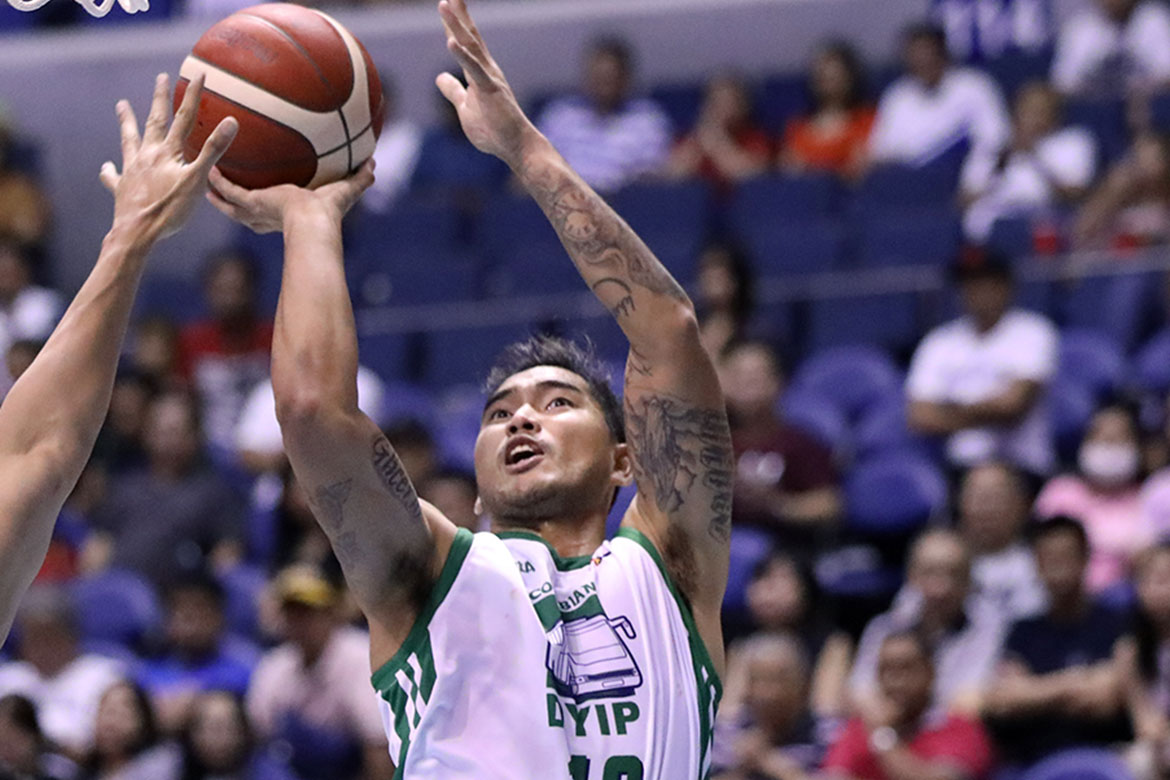 Columbian received some pleasant news as Glenn Khobuntin has no major injury after hurting his knee during the Dyip’s match versus the NorthPort Batang Pier in the 2019 PBA Governors’ Cup last Wednesday.

However, the Dyip will miss him for two weeks, as doctors have advised him to rest.

Columbian expect the 6-foot-4 forward out of National University to miss at least three games, including their match with league leaders TNT KaTropa (3-0) this Saturday, October 5, at the Ynares Center in Antipolo.

Cardel said Khobuntin’s absence will be a big loss, as he is one of their top defensive guys.

Khobuntin sustained the injury after his left knee collided with that of Mo Tautuaa at 5:47 in the third quarter.

He did not return to the game, exiting with 11 points, one rebound and one assist.

The Dyip still managed to come out victorious, 114-108. They also improve to 2-1 in the season-ending tilt.