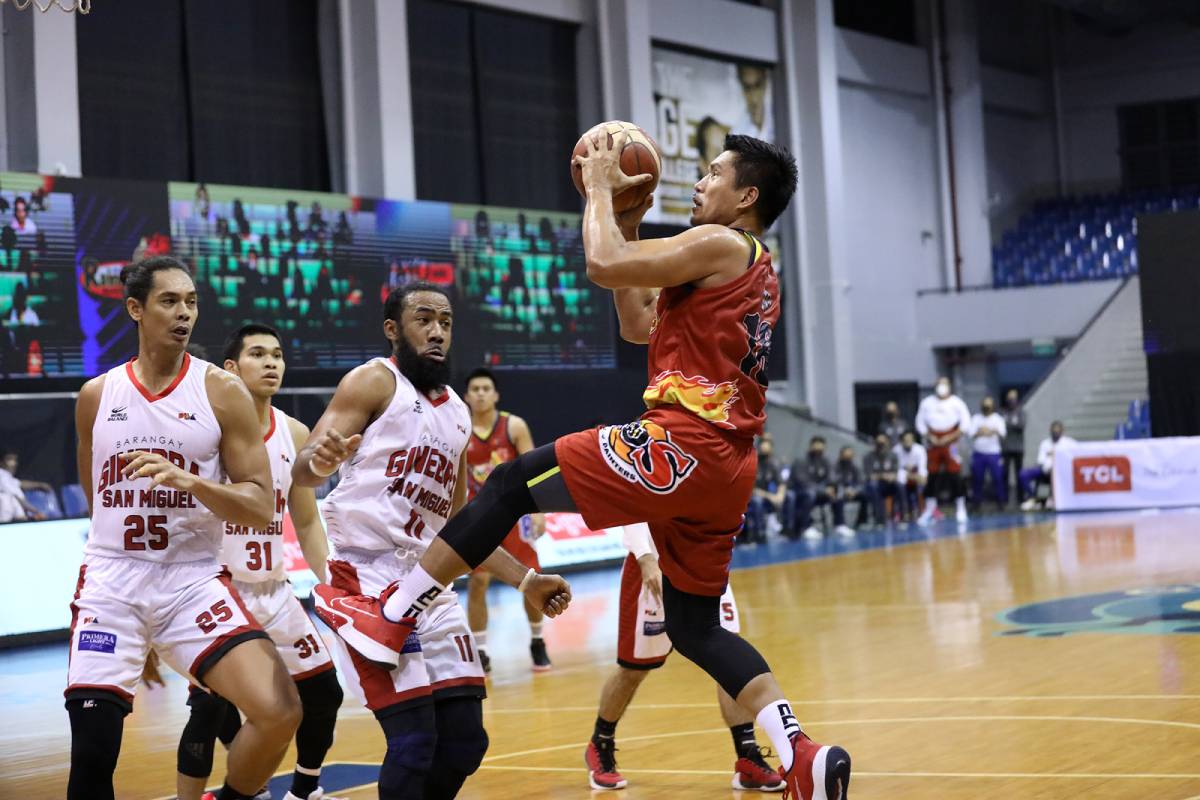 SMART CLARK GIGA CITY — Coach Tim Cone needs Barangay Ginebra San Miguel to understand the pressure that comes with being the top seed, ahead of the 2020 PBA Philippine Cup quarterfinals.

The Gin Kings clinched pole position last Monday following their 102-80 demolition of Terrafirma. They now have a faster route to the semis, armed with a win-once incentive for the round prior.

Still, the league’s most accomplished mentor knows that there are no guarantees even with their lofty status.

“When you’re the number one seed, everyone assumes you’re gonna get to the finals, and that’s not always the case,” he said.

“So you gotta make sure guys understand that that’s a luxury to be number one, but it’s no guarantee.”

Cone himself has been there. Back in the 2018 Governors’ Cup, Ginebra looked poised to rule the season-ending tilt for the second time in a row when it locked the top spot. They ended up falling to Magnolia in the semis.

According to league stats chief Fidel Mangonon III, the Barangay failed to win a title the last three occasions they got the no. 1 seed. The last time they topped the elims and won it all was in the 2006-07 all-Filipino wars.

Whether the Gin Kings have understood that lesson will show when they take on Rain or Shine Friday, as the quarters finally commence.

The Elasto Painters dropped to a twice-to-win disadvantage after suffering a 88-90 defeat at the hands of Phoenix last Wednesday. And that loss stung bitterly, since they had a real chance of winning and claiming the 2-seed only to melt down.

Coach Caloy Garcia’s squad then went to as low as no. 8 and will be heading into the match with little recovery; their match versus the Fuel Masters was their sixth game in eight days.

The odds may not seem in its favor, but Rain or Shine actually has Ginebra’s number. It defeated the league’s most popular team through an 85-82 overtime decision last Oct. 27.

The match is at 6:45 p.m., serving as the main-eventer of a double-header. Reigning, five-time champions San Miguel Beer take on Meralco in a battle of the fourth and fifth seeds at 4:00 p.m.