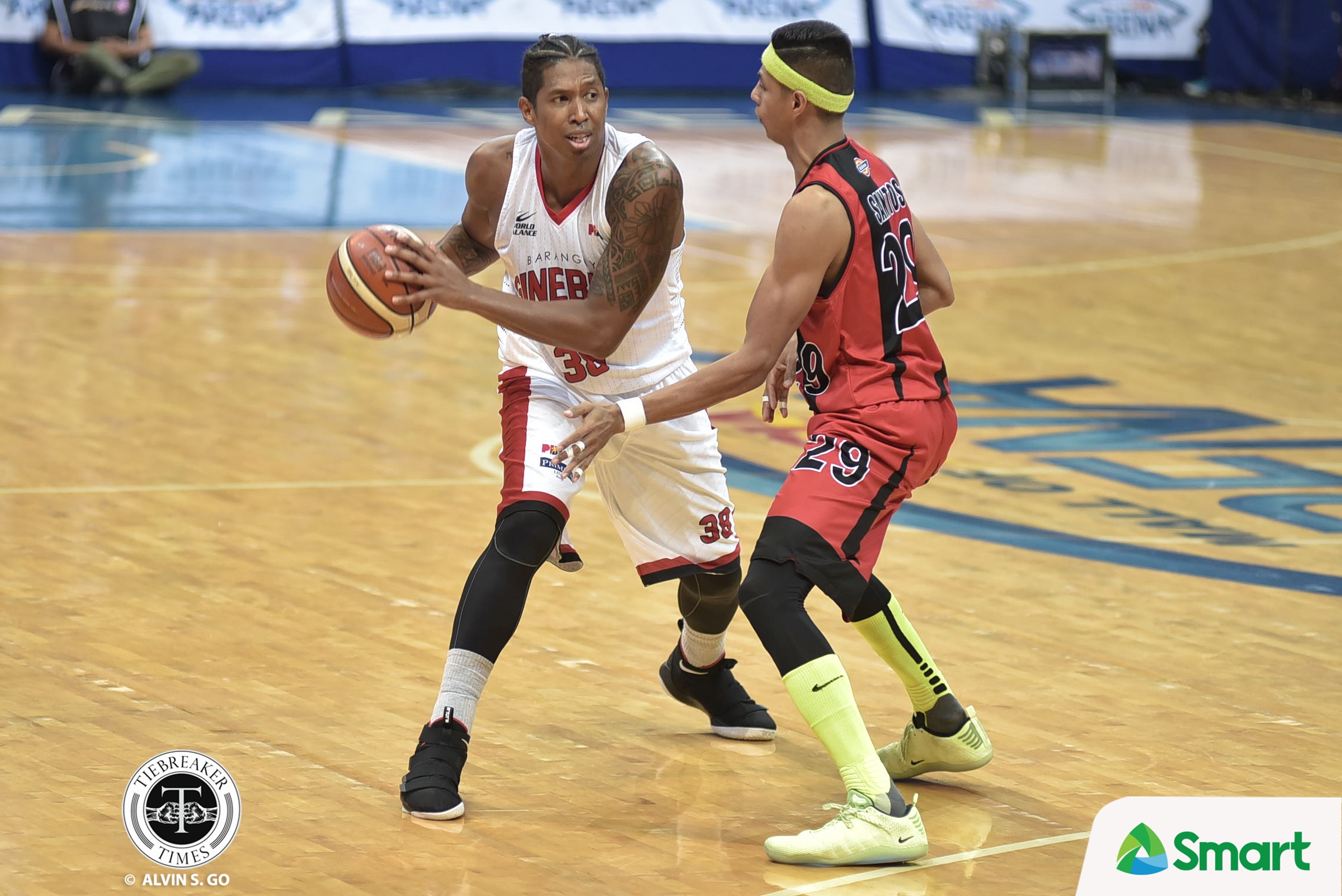 The Barangay Ginebra sent the San Miguel Beermen’s triple crown aspirations down the drain with a rousing 104-84 victory in their 2017 Governor’s Cup quarterfinal bout, Wednesday night at a jam-packed Mall of Asia Arena.

The Gin Kings have now become the second team next to the Star Hotshots to book a slot in the semifinals. They will now wait for the winner of the TNT Katropa-Rain or Shine Elasto Painters series as their semis foes.

“Nobody saw that one coming,” said a relieved Ginebra head coach Tim Cone. “If you want to win a championship, you have to go past San Miguel. There’s no other way to do that when you have a twice-to-beat advantage.”

Justin Brownlee played like a man possessed, captaining the Barangay with 37 points on 59 percent shooting on top of 12 rebounds and four blocks. Joe Devance scored 17, while Japeth Aguilar and Greg Slaughter each had 13 points.

The Barangay were in control from the second frame, but it was in the fourth quarter that they went full throttle. Aguilar’s emphatic two-handed slam sent Ginebra to their biggest lead at 32, 104-72, with 2:02 left to play.

“It was never easy,” admitted Cone, when asked if he had expected a lopsided match in their favor. “You had to remember the kind of energy we had to build and sustain against a hard-charging team like San Miguel.

“The only time that I felt comfortable in the game was when we were up by 30, 102-72,” confessed Cone, who is steering Ginebra to a back-to-back bid.

Scottie Thompson — who hit the three-pointer that had Cone relieved — hauled down 13 rebounds. LA Tenorio nearly had a double-double of his own with eight points and 10 assists.

The loss, their worst in the season, puts in vain Terrence Watson’s 30 points and June Mar Fajardo’s 19 markers and 22 rebounds. Marcio Lassiter added 13 points, but he committed five of his team’s 20 turnovers.

Aside from losing their Grand Slam wishes, the reigning three-time MVP Fajardo, Alex Cabagnot, and 2013 MVP Arwind Santos have also kissed goodbye their hopes of winning Best Player of the Conference honors.

The Barangay shot 49 percent from the floor, with most of their shots accounted from their 25 assists. Furthermore, they also nailed 14 three-pointers. The Gin Kings also took advantage of SMB’s errors, switching it to 22 points.