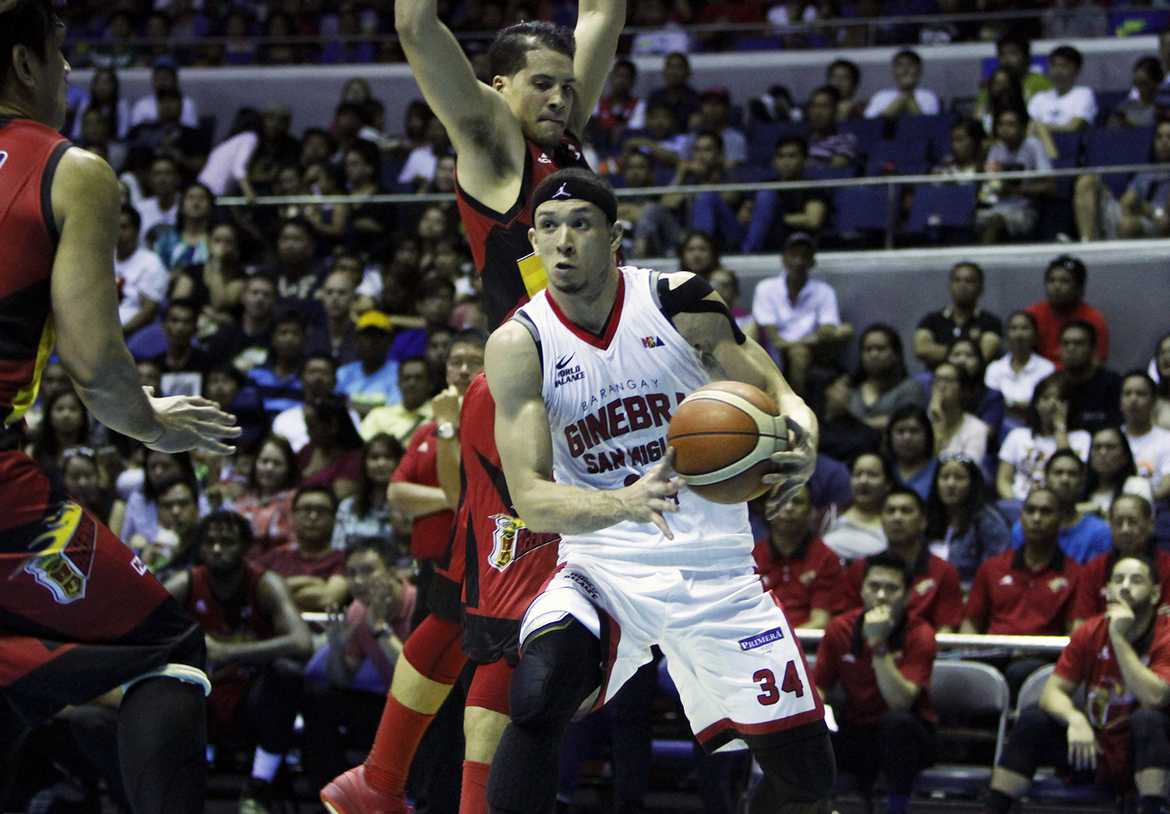 Ginebra played a slow, deliberate pace to open the game and jumped to a 13-5 lead, before shifting to high gear and leaving the flat-footed Beermen way behind in the second quarter.

A triple by Chris Ellis in the second frame — his second of the contest at that time — jumpstarted what became a 36-22 juggernaut for Ginebra, breaking the slim 16-14 cushion the team had in the opening quarter.

A dunk by Japeth Aguilar, followed by a floater from Mark Caguioa, pushed Ginebra’s lead to its biggest at 52-36 entering the halftime break.

Although eager to fight back as they trimmed the deficit down to single-digits at 61-52, the Beermen continued to struggle from the field where they were simply out-played throughout the second half.

A thunderous slam by Aguilar leading to a three-point play conversion, followed by a Sol Mercado three, handed Ginebra a 92-68 lead early in the fourth, pretty much sealing the win for the crowd darlings.

“The guys played good defense. If we play them in the 80s, we are going to win. We created most of our offense from our defense and that is the character we want to (do). We were surprised we were able to do it against a dynamic opponent. We just caught them on a good night,” Ginebra head coach Tim Cone said.

“The key is getting the top six, at least. I think the top two is out of reach for us but we want to get to that best-of-three. If we get to a series, we feel we can win it. If we can get into a true series, I like our chances.”

Ginebra improved to 6-4 with the win — the biggest under the Cone era — while San Miguel dropped to third place with a 5-3 card in the conference.

The victory also spoiled the return of June Mar Fajardo and Arwind Santos, who combined for just 20 points on 8-for-19 shooting.

“We really caught San Miguel at the right time, obviously. June Mar was coming back, Arwind, the grieving that he has been through. They were just never really able to find rhythm. Everything kind of changes when (these players return), from a coaching standpoint,” Cone added.

Tyler Wilkerson, who was saddled with four fouls in the first half alone, managed to contribute 20 points and 16 rebounds for San Miguel.