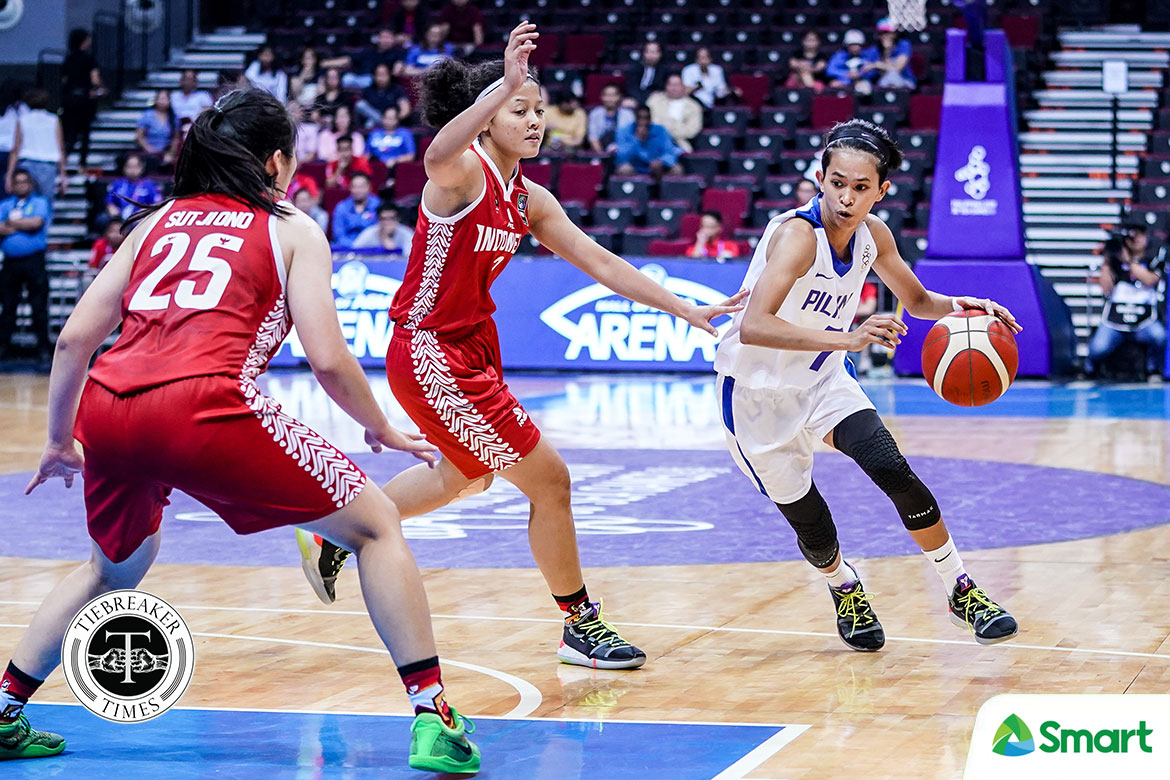 The Filipina dribblers fought their way back from a seven-point deficit in the third quarter. They then hung on down the stretch to secure the much-needed victory over their tormentors.

“I’m just happy and thankful we passed Indonesia. For the past two Southeast Asian Games that we played, they were one of the teams that tormented us,” said coach Pat Aquino.

“As I’ve said to the team earlier, if we get past Indonesia, one foot is inside the box already,” he added.

The Filipinas saw themselves down 38-31 in the third canto but Ria Nabalan led the fightback. Her three-pointer from the corner then gave her side the 47-45 lead with 1:28 left in the said period.

That gave Gilas Women the momentum it needed. Behind Hayes, Pontejos, and Animam, it widened its gap to a eight points, 55-47, with 6:24 remaining on the game clock.

The Indonesians still tried to put themselves back in the match, but Pontejos was there to stop them. She hit her shots from the foul line in the final 36 seconds to seal Gilas Women the win.

“In the first half, we were giving out so much second chance points, not really being patient, trying to play one-on-one. We stressed that at halftime. Fortunately, we adjusted well and won,” Aquino said.

Yuni Anggraeni had 16 points and six rebounds, while Henny Sutjiono had 10 markers for Indonesia.