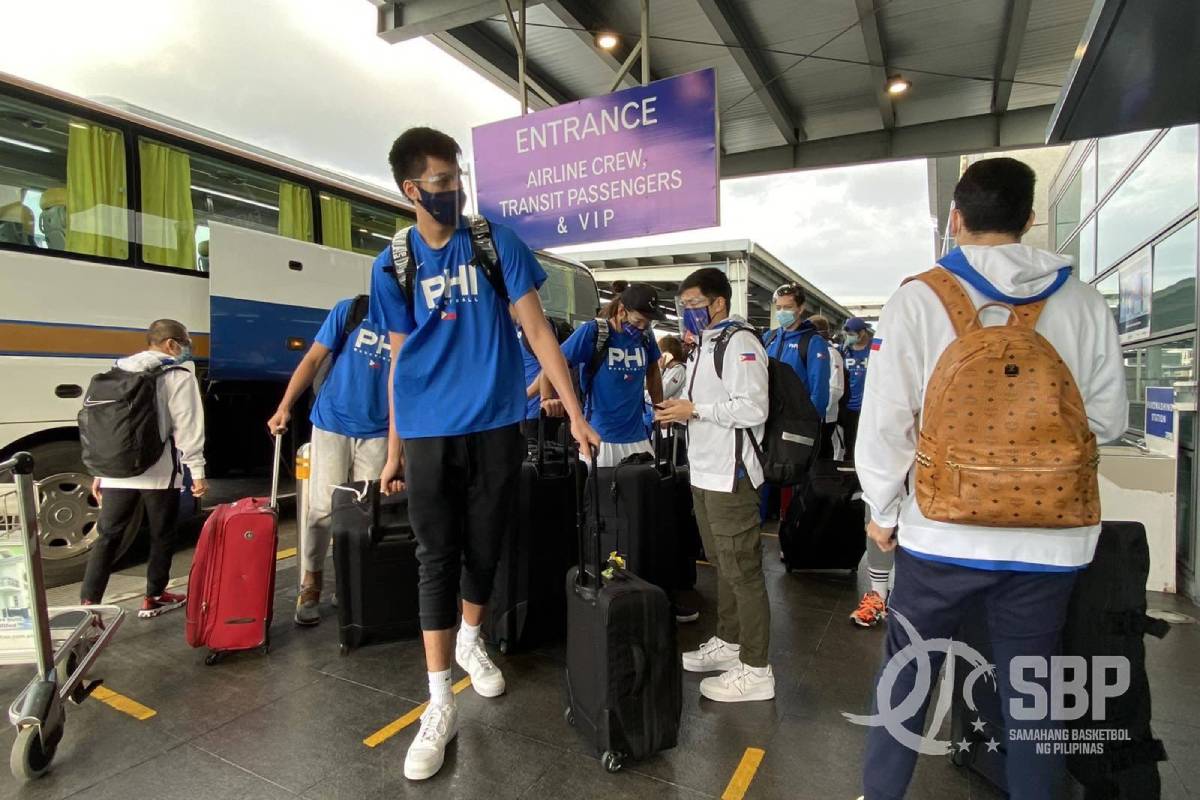 Then at 9:30PM, they will embark on a long trip to Belgrade.

The nationals will first land in Istanbul Airport at 11:45AM. The young team is expected to leave for Belgrade a few hours later.

The flight from Istanbul to Belgrade is just an hour and 35 minutes.

Just like in the Asia Cup Qualifiers held in Clark, Gilas will have to clear an RT-PCR test before it can start training at the Aleksandar Nikolić Hall.

Gilas will then face Serbia and the Dominican Republic on June 30 and July 1, respectively.

If it gets out of the group stages, the Philippines will figure in a crossover playoffs with the top two teams of the other group that consists of Puerto Rico, Italy, and Senegal.

One Olympic slot is at stake in the tournament.

For Baldwin, it will be hard to topple Serbia since it is the host of this tournament.

“In Serbia, we are going to be playing a Serbian national team which is trying to make it to the Olympics and it’s at home.

“We play with a lot of expectation here in the Philippines from the public, but it’s more out of a passion for success. In Serbia, there is a definite expectation that they conduct themselves like the best basketball team in the world and they play like that,” he said.