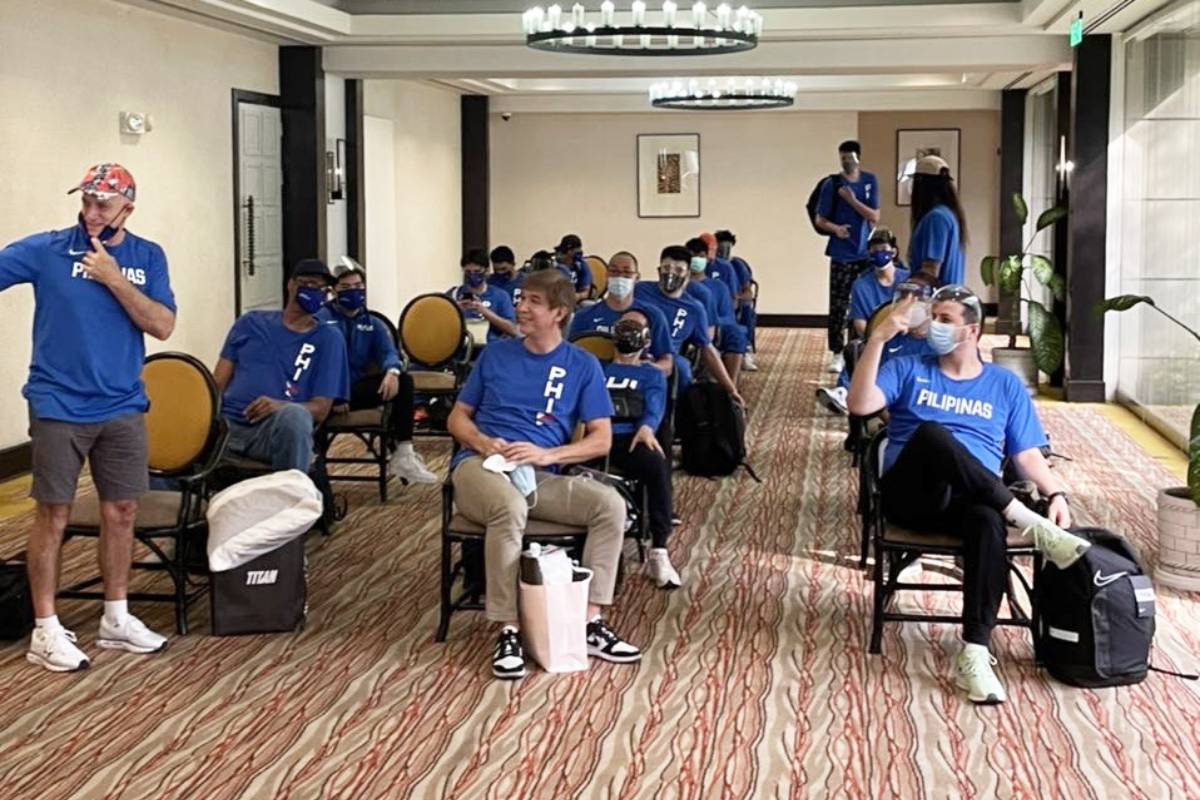 Gilas Pilipinas has broken camp as they begin their campaign in the 2021 FIBA Asia Cup Qualifiers in Clark.

The national team left Inspire Sports Academy in Calamba, Laguna on Sunday morning and arrived at around 3:50PM.

The Asia Cup Qualifiers will then be the team’s baptism of fire. But according to Samahang Basketbol ng Pilipinas special assistant to the president Ryan Gregorio, this tournament will be part of the program’s build-up to the 2023 FIBA World Cup.

“We’re ready to compete obviously, and the goal has always been an opportunity to win. It really is our specific goal. We’ve been working out for the past nine weeks, the coaching staff and our players in the Inspire bubble,” Gregorio said.

“But we have to understand that this is is a development team. It’s a very young team. We’re hoping that we can get the necessary experience at a very high level, and this is all in preparation for 2023,” he continued.

“So whatever progress that we get from today is actually one step towards our goals to competitive in 2023.”

The coaching staff of the team will be headed by Gilas Men program director and head coach Tab Baldwin.

According to vaccine czar Vince Dizon, more than half of the team have already received their first dose of vaccines. Meanwhile, the rest have been fully inoculated.