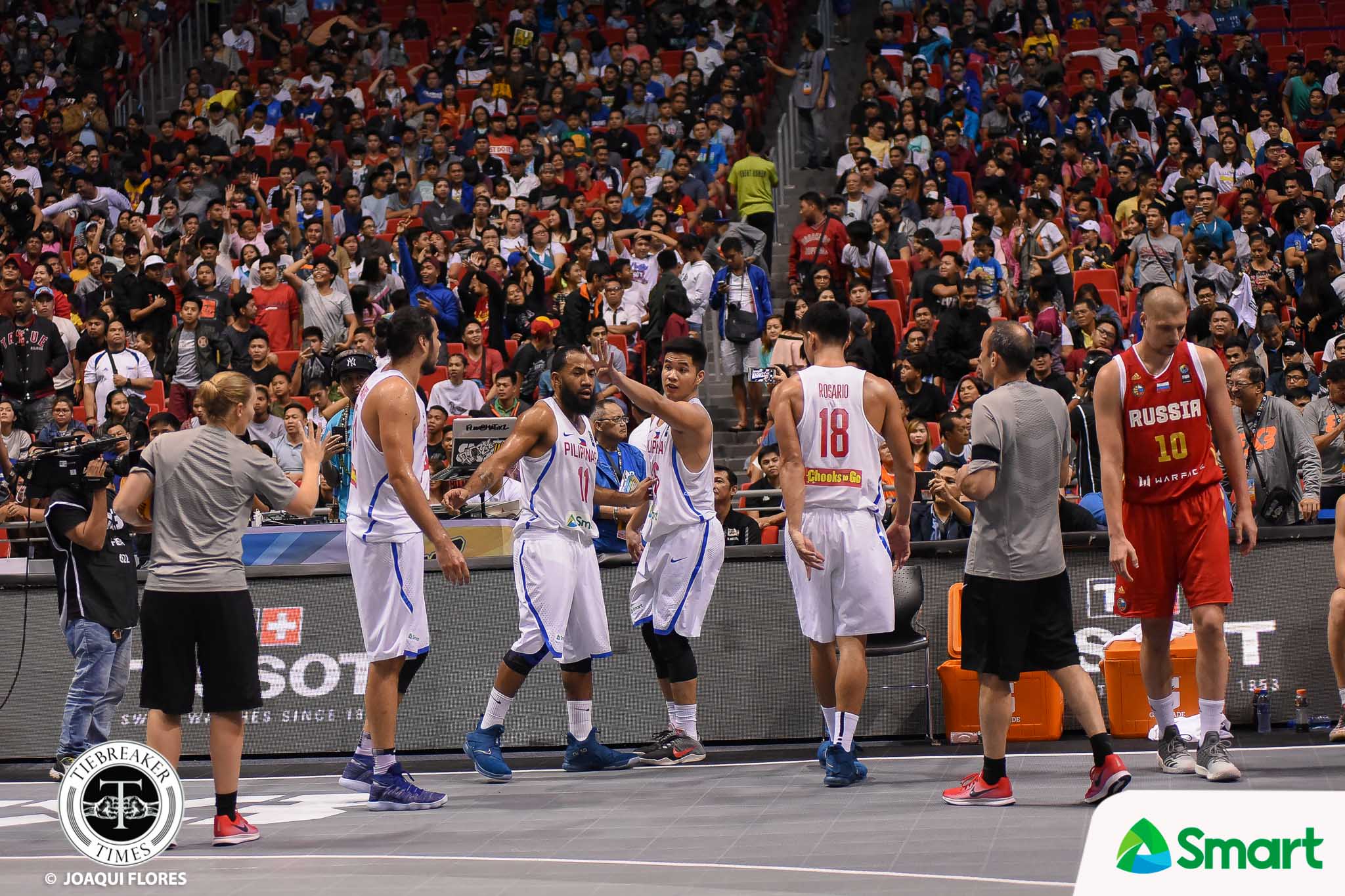 Playing for nothing but pride, the quartet of Troy Rosario, Stanley Pringle, Roger Pogoy, and Christian Standhardinger – better known as Gilas Pilipinas 3×3 – made sure to send the Filipino crowd home happy.

The Philippines made it rain, romping Russia, 19-12, Monday evening at the Philippine Arena in Bocaue, Bulacan.

With this, Gilas 3×3 ends its campaign with a 2-2 record in Pool D – good for third in the group. Canada and Hungary booked the two quarterfinals spot in the group with a 4-0 and 3-1 record respectively. Russia finished with a 1-3 card, while Brazil went home listless.

Riding the energy of the crowd, the Philippines raced to an early 14-3 lead as Rosario torched the Russians from downtown, knocking down four triples during that spurt.

The Russians could not get anything going, as Standhardinger gobbled up every rebound he could.

Pringle, who had just three points against Canada, then put on a show, giving the hosts a 19-8 lead.

Wanting to end their campaign with a bang, the team went trigger happy from downtown but nothing fell. 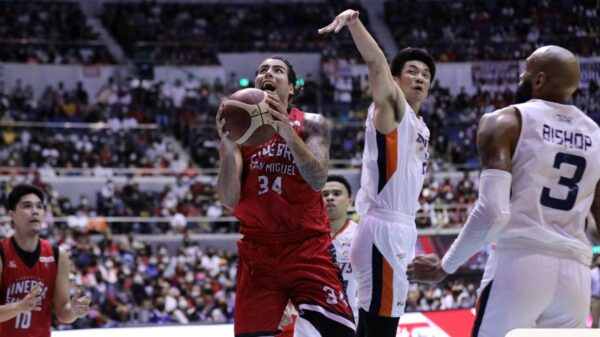 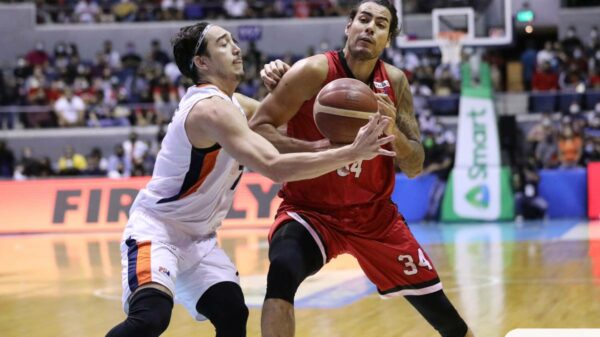