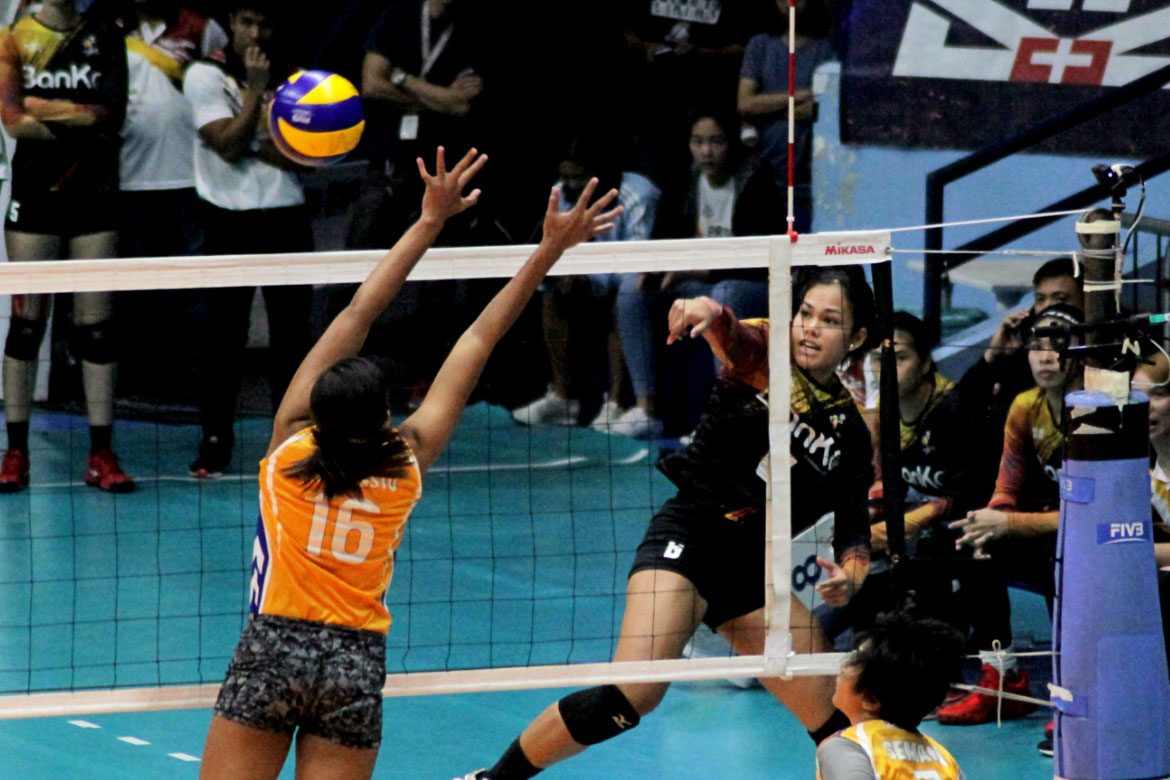 Coming off a sorry defeat in their curtain-raiser against the PacificTown-Army, the BanKo Perlas Spikers brought out the brooms to sweep the Philippine Air Force Jet Spikers, 25-13, 25-18, 25-19, in the 2019 Premier Volleyball League Season 3 Open Conference at the Filoil Flying V Arena.

The Perlas Spikers flaunted their dominance above the net, muscling their way to a commanding two-sets-to-none advantage against the returning Air Force.

Despite dominating the first two sets, BanKo found themselves at a 13-16 deficit entering the second technical timeout of the third set.

BanKo skipper Nicole Tiamzon and Dzi Gervacio would not be denied, though. The duo joined hands to turn a three-point disadvantage to a seven-point lead, 23-16.

The Jet Spikers then could not hold on, as Sue Roces and Ella De Jesus applied the finishing touches. BanKo barge into the win column with a 1-1 win-loss slate, while pummeling down Air Force to 0-2.

“The last game, gigil talaga kaming makabawi kay Army. And now, we just told ourselves na, ‘Let’s prepare better. Also, let’s not get easily frustrated during the game’. So buti naman we got through,” said Gervacio, who fired 19 points off 17 blocks, a block and an ace.

Gizelle Tan filled in for Jem Ferrer, who was sidelined with dengue. She orchestrated the offense and distributed 26 excellent sets.

On the other hand, Javen Sabas led Air Force with 13 points coming off 10 attacks, two blocks, and an ace.

BanKo Perlas will next face Creamline on August 21, Wednesday at 6:00 P.M. Meanwhile, Air Force will look for their first victory against Bali Pure on the same date at 4:00 P.M.