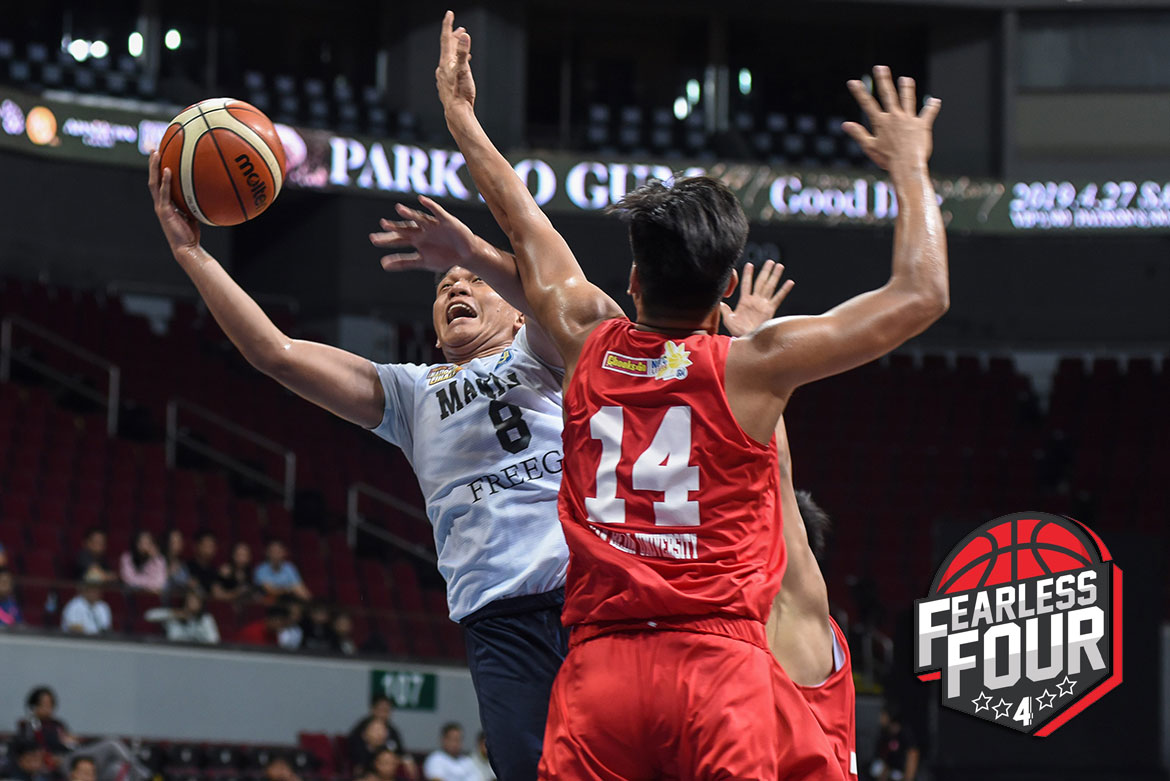 Though National University-Manila pretty much breezed through its first two games in the Chooks to Go NBTC National Finals, skipper Gerry Abadiano knew that the Bullpups will be tested sooner or later.

So he kept himself ready, amid the blowouts, and on Friday, Abadiano’s extra preparations were finally put to good use.

Abadiano drained the go-ahead basket with two seconds remaining on the clock to lift the Bullpups past the San Beda Red Cubs, 91-90, and move on to the NBTC Finals for the second straight year.

Abadiano’s game-winner capped off another solid night for him as he finished with 23 points, four steals and three assists.

The Bullpups needed all of that as they blew an early 26 point lead, and even trailed the Red Cubs late in the game.

Luckily for them, Abadiano knew already what to do in clutch moments as he blew past Kai Oliva, gave him a bit of a bump and stepped back for the match winner.

As sweet as the game was for Abadiano, the soft-spoken guard knows that the job is not done as they have one more game til they call themselves national champions.

They take on La Salle Green Hills for all the marbles on Sunday in a rematch of last year’s finals.