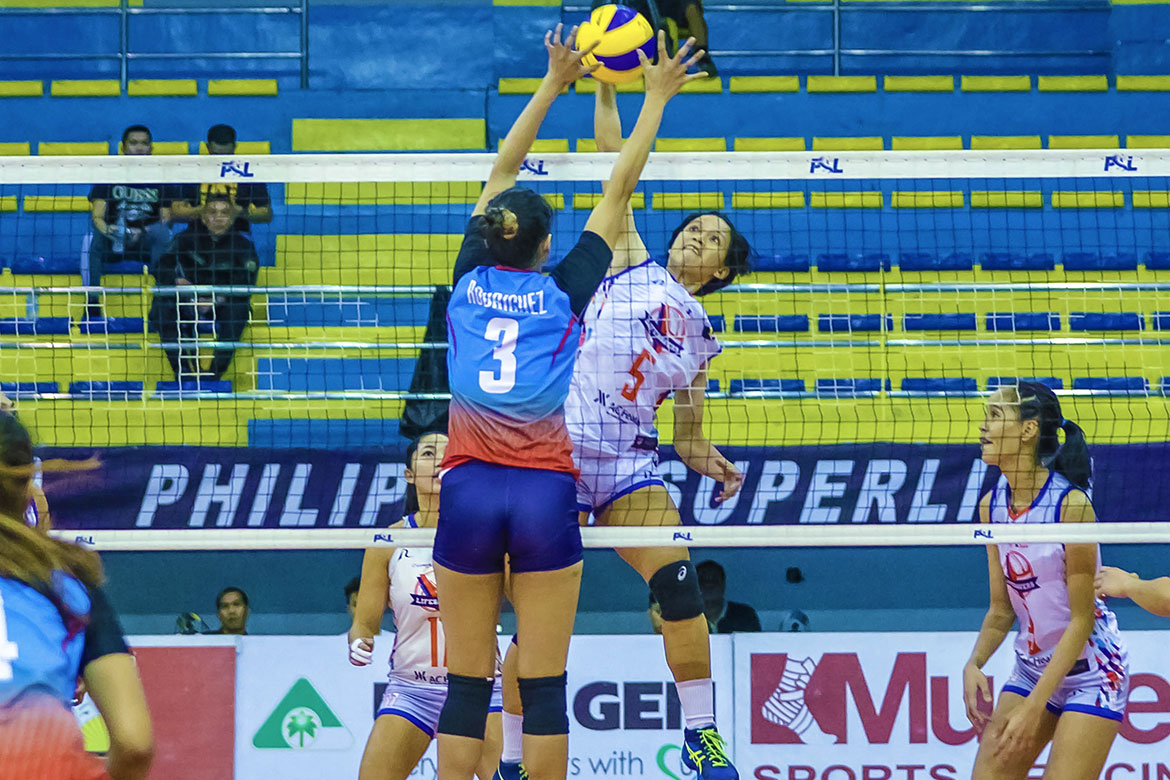 After back-to-back losses to open their second-round bid in the 2019 PSL All-Filipino Conference, the Generika-Ayala restored its winning form on Tuesday evening.

Though a blackout momentarily disrupted their tempo in the fourth set, the Lifesavers did not let up, turning back the winless Marinerang Pilipina Lady Skippers, 23-25, 25-18, 25-12, 25-20, at the Muntinlupa Sports Center.

The Lifesavers smelled blood in the fourth set, jumping to a 19-16 lead. However, the match had to be stopped for almost 20 minutes due to a power blackout. Still, it did not stop Generika-Ayala from putting the game away, as it belted a 3-0 run moments after the game resumed.

Though Judith Abil incited a comeback for Marinerang Pilipina, it proved to be a tad late after Angeli Araneta and Yeye Gabarda put up the finishing touches.

The Lifesavers have improved to 6-4 win-loss slate to fortify their hold of the fourth seed.

Fiola Ceballos finished with a game-high 19 points, all but one coming from attacks. Patty Orendain had 16 points to go along with 21 digs and six excellent receptions while Araneta added 14 markers.

On the other hand, the Lady Skippers continue to remain winless after dropping all of their eight games.

Abil was the lone bright spot for Marinerang Pilipina after a 12-point, 18-dig double-double outing that went down the drain. Chiara Permentilla managed nine points.

Generika-Ayala will try to stain the F2 Logistics’ unbeaten streak on Saturday while Marinerang Pilipina seeks to chalk a win at the expense of a struggling Sta. Lucia squad on Thursday. Both matches will be played at the FilOil Flying V Centre.