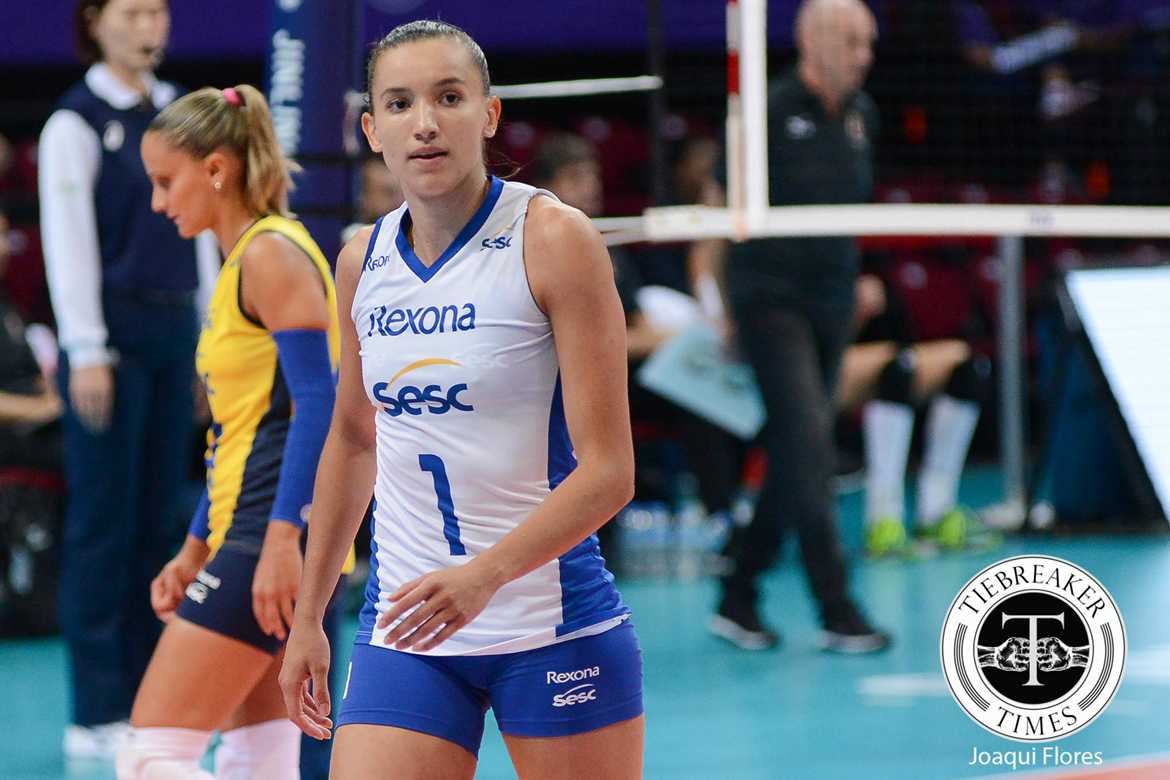 The love first sprouted when volleyball legend Leila Barros visited the country in the early 2000’s to play in prestigious tournaments.

The country then latched onto setter Erica Adachi who, after her first run as a PSL import in 2014, decided she had to come back and play a second conference with the Petron Blaze Spikers. In the 2015 Grand Prix, Adachi brought along fellow Brazilan Rupia Inck who also endeared herself to the locals.

So when Brazilian club team Rexona-Sesc traveled to the Philippines to play in the 2016 FIVB Women’s Club World Championship, it was no surprise that the fans found another crowd-favorite.

Rexona fielded a lineup of some of the youngest Brazilian National Team players and aspirants. Among them, 22-year-old open hitter Gabi Guimaraes shone the most, leading her squad in scoring through most of Rexona’s fifth-place campaign.

While her stay was short, Gabi easily endeared herself to the local, volleyball-crazy fans with her incredible skill and charm.

“It’s crazy. The Philippine people remind a lot of the people back in my country – very friendly, always smiling, and there seems to be a lot of volleyball fans. I’m very thankful to the fans here for making us feel welcome,” said the Minas Gerais native.

Like many other foreigners before her, Gabi insists that she will one day come back to experience more of the Philippines.

“I would love to come back. It’s a really nice place although I won’t be here for too long. I heard that there’s really nice shopping here and the beaches around the country are fanulous. If there’s an opportunity, I’m definitely open to playing here.”

Gabi is one of the main cogs of Brazil’s effort to rebuild its aging National Team. After winning gold in the 2008 and 2012 Olympics, the celebrated pillars of Brazil’s squad showed their age in the 2016 Rio Olympics, bowing out to eventual gold medalists China in the quarterfinals.

READ  PSL-F2 Logistics shines but burns out to Rexona-Sesc

At 1.76 m, Gabi is short compared to the behemoths that rule women’s volleyball today, so she knows developing technique is crucial if she wants to help Brazil to the 2020 Tokyo Olympics.

“There are a lot of really tall players out there now so I know I will have to get with my technique and keep working hard in practice. The goal is definitely to make it back to the Olympic games.”