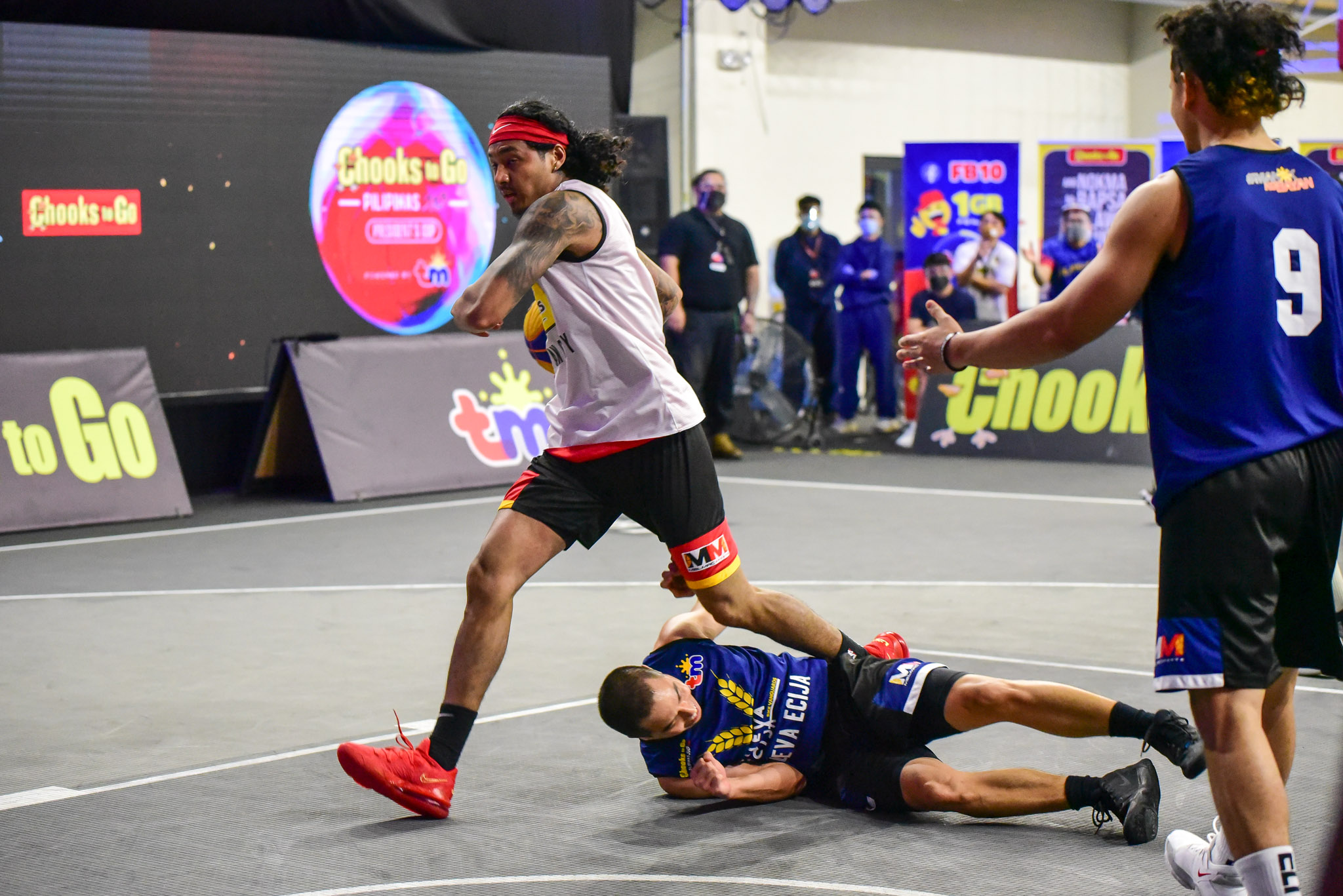 The referees themselves had their work cut out for them as a total of 26 fouls were called in the game that lasted just four minutes and 14 seconds.

It was Nueva Ecija’s way of showing that they are ready to face the country’s top 3×3 players.

“I can tell you, we are going to compete. You saw it naman sa preseason games namin especially against Butuan,” said playing team manager Jai Reyes a day after their 21-10 victory. 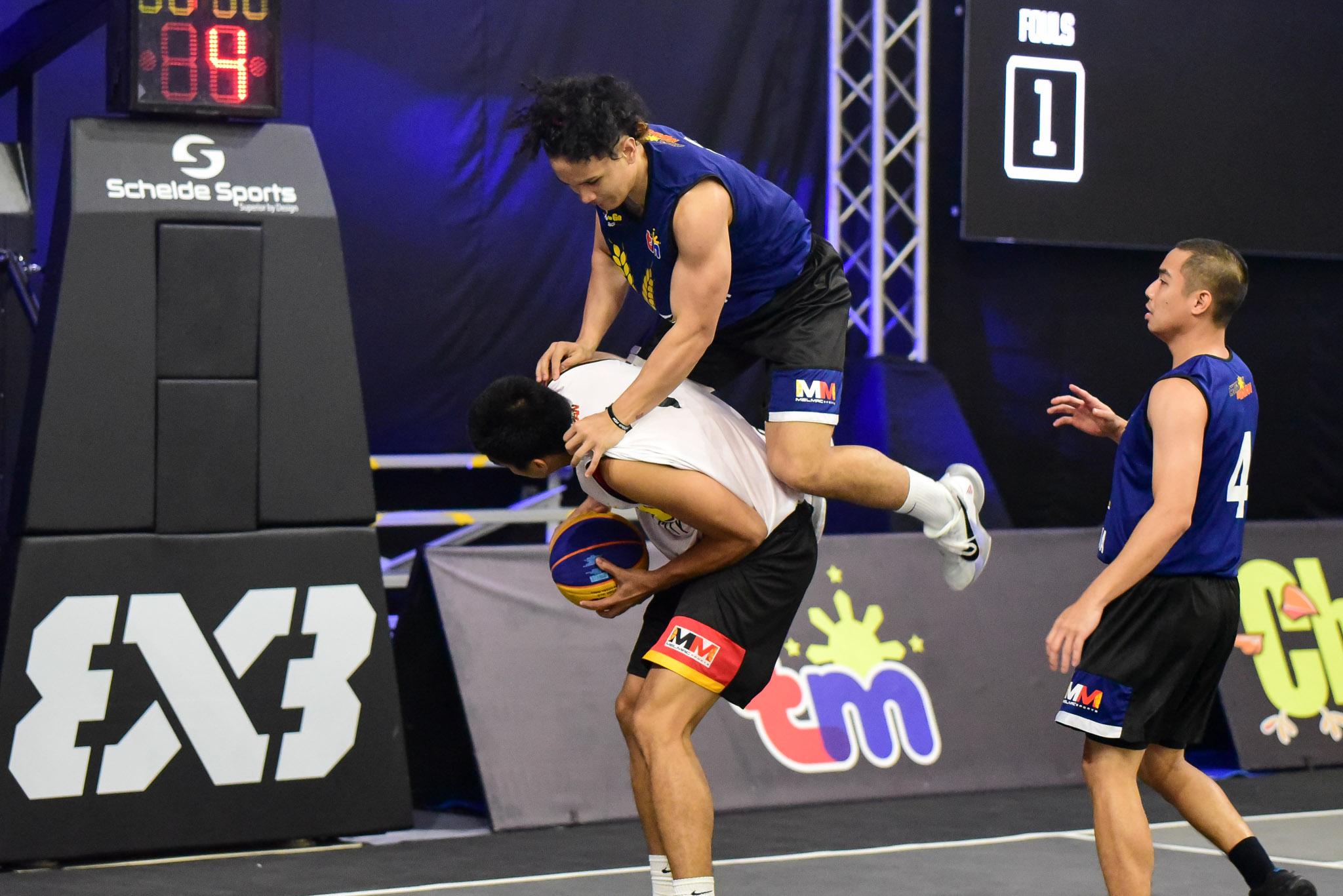 Young gun Juan Gomez de Liano was clipped on the head by Karl Dehesa later on that resulted in an unsportsmanlike foul. Later on, he and Franky Johnson also had heated moments on both ends.

There was also one instance that saw Johnson run over Reyes. As an offensive foul was called, the Filipino-American accidentally clipped the Ateneo product’s head with a knee. 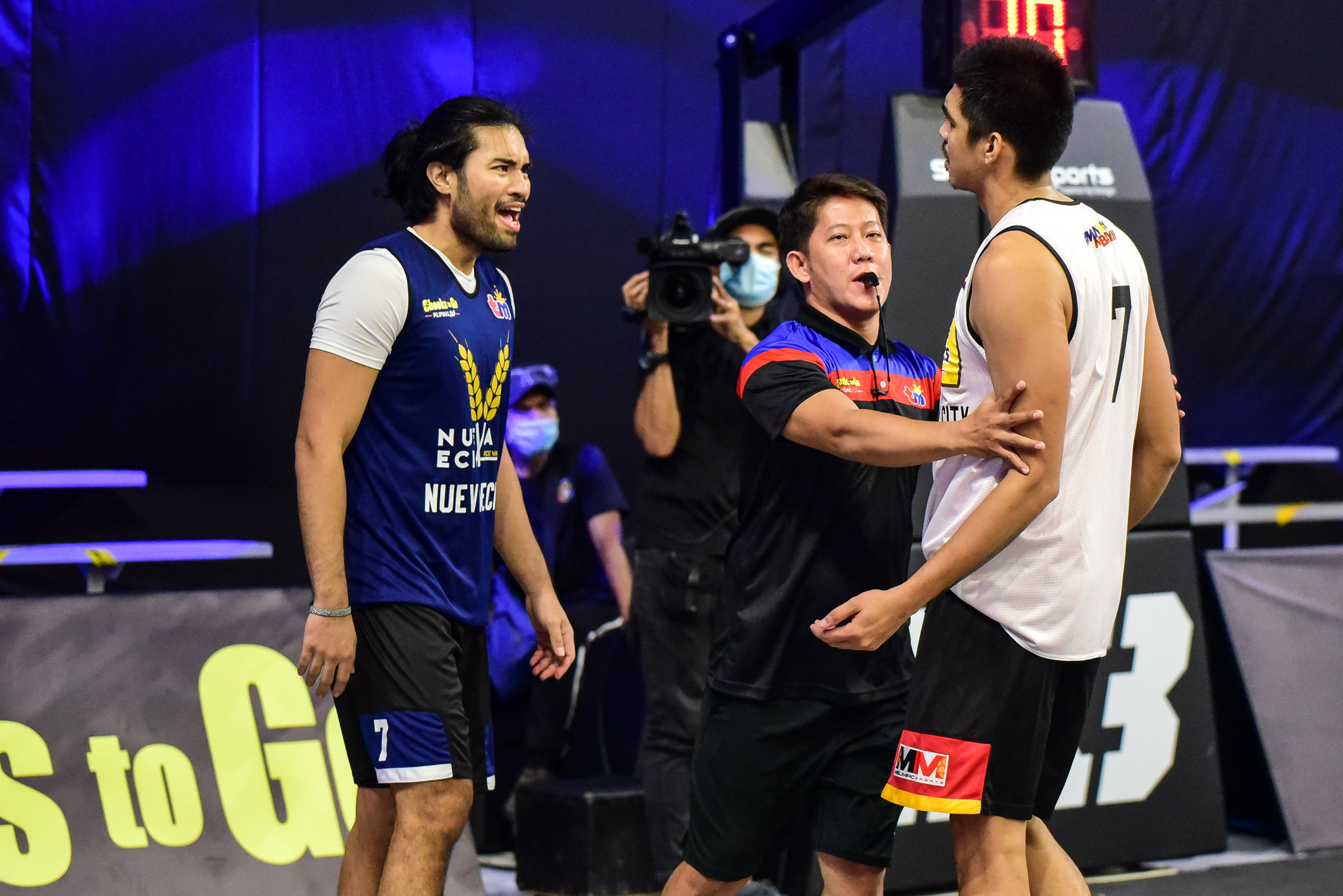 Alabanza, later on, got another one on Banal as, after a made basket, he threw a slight hammer fist to his rival’s body.

Even Butuan’s rookie veteran Chico Lanete and Reyes had a brief interaction when the latter bodychecked Lanete to the LED board.

Taunts can also be heard on both sides all throughout the affair. 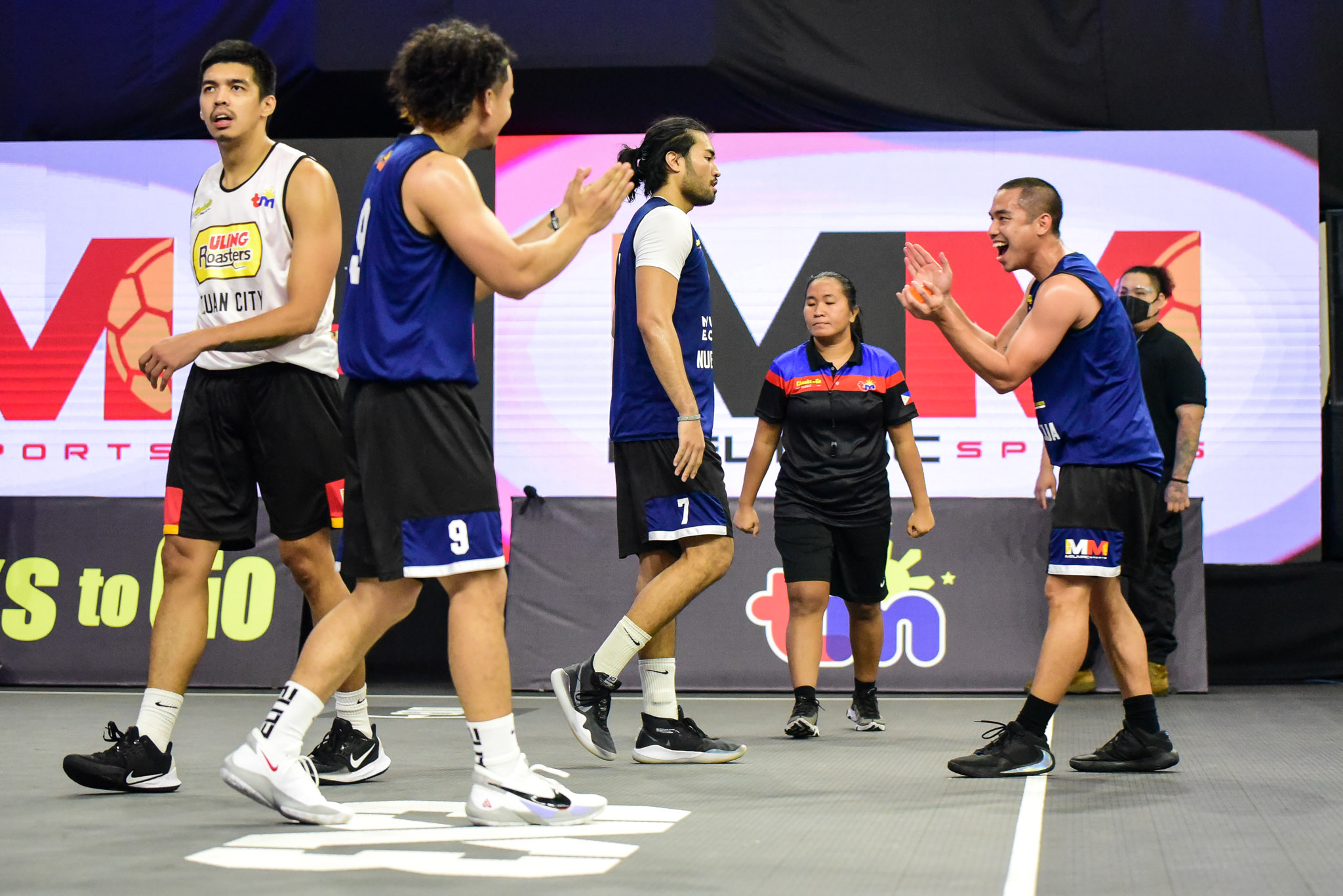 For Johnson, the game was a perfect wake-up call to them.

“My team loves the physicality and that’s just how we all play. We play with a lot of heart,” said the eighth-ranked 3×3 player in the country.

“Now once we combine our heart and dog mentality into becoming a better smarter team, we are going to be super dangerous.”

Reyes, later on, shared that the two sides were able to talk it out after the game.

Johnson though is looking forward to getting a victory back against Nueva Ecija.

“Good game. We have no comment on it really. We know what we have to do to come back,” he said.

“We’re looking forward to the rematch.”

Come Leg One on Wednesday, the only chance the two teams would meet is in the playoffs as Butuan is in Pool B together with Pasig-Sta. Lucia and Pagadian Rocky Sports while Nueva Ecija is slotted in Pool D with Bacolod Master Sardines and Petra Cement-Roxas City ZN.