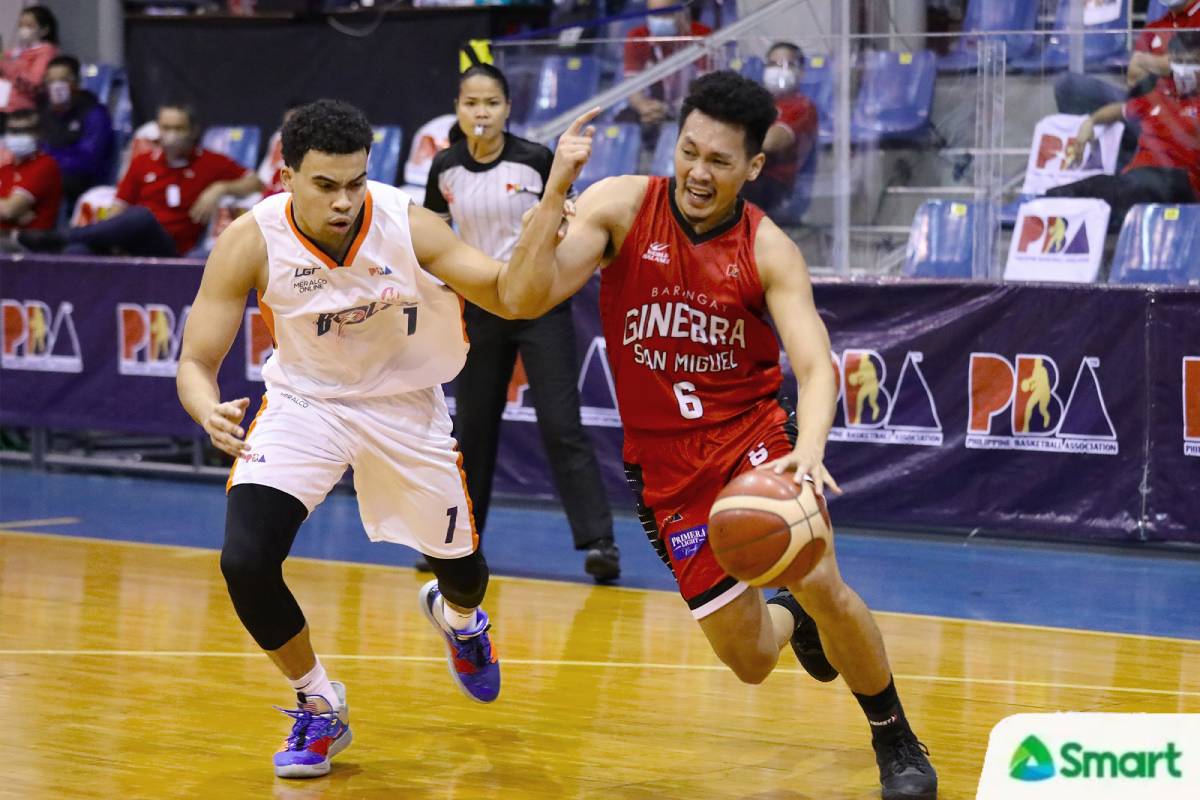 Meralco and Alaska are set to play in back-to-back fashion as the 2021 Honda PBA Philippine Cup elimination round comes to a close this week.

Making up for lost time after missing Week Two of the Bacolor semi-bubble in accordance with health and safety protocols, both squads will figure in key matches that could prove crucial for their quarterfinal aspirations.

The Bolts will look to formally clinch the no. 2 spot — that comes along with a coveted twice-to-beat edge — against NLEX on Wednesday at 3;00 p.m.

It won’t come easy, though, as the Road Warriors are also looking to earn their sixth win to formally secure a spot in the next round.

After battling their sister team, the Orangemen will then take on reigning champions Barangay Ginebra the following day at 2:00 p.m.

Their clash with their long-time tormentors was supposed to take place last September 5, but got postponed just hours after the match.

It is a game so crucial for the Gin Kings, who, despite sitting at solo fourth with a 4-6 card, are in a precarious situation as a loss could either bring them to a playoff for the last QF berth or, worse, outright elimination.

Still in the running for that last bus to the next round are the 3-6 Aces and 4-7 teams Terrafirma Dyip and Phoenix Super LPG.

#ReadMore  It took a nation to build Team Pilipinas

It would mark the second time this conference that Alaska will play in consecutive playdates after playing three straight last week in their return.