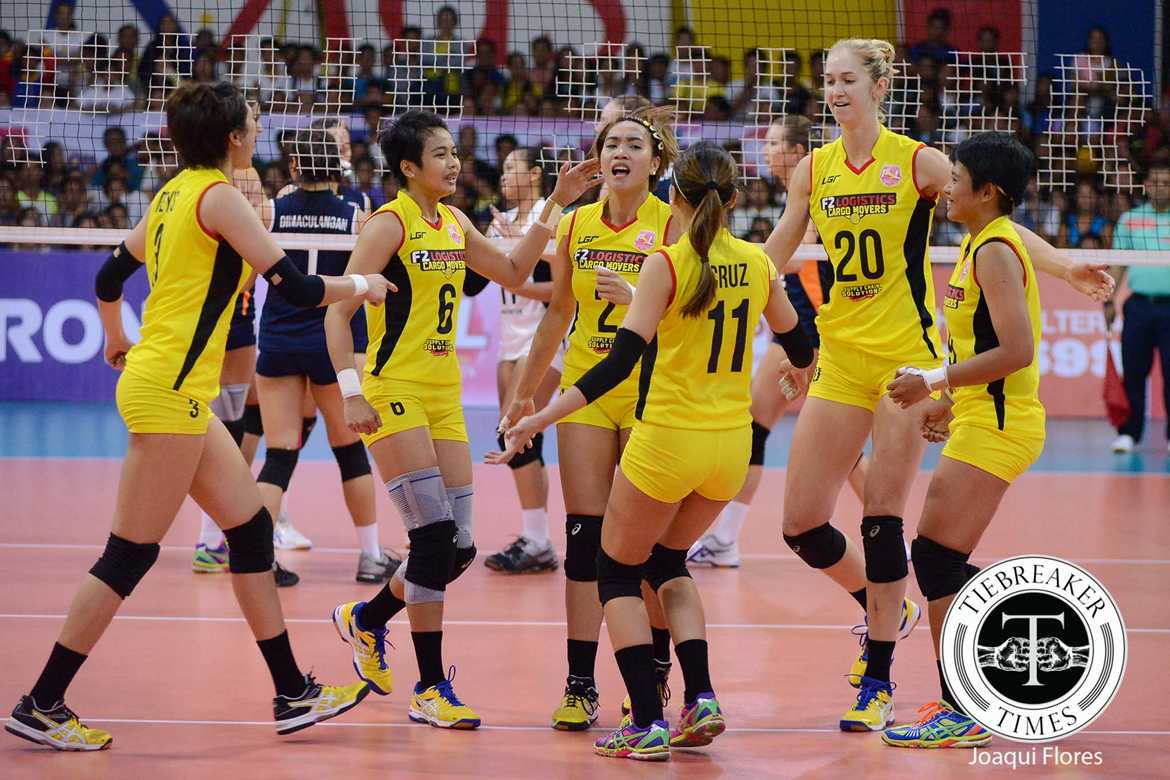 Shades of the All-Filipino Conference Finals, the F2 Logistics got the best of previously-undefeated Foton Tornadoes 25-15, 23-25, 25-23, 26-24 in the Philippine Superliga Grand Prix at the Imus Sports Arena.

The defending Grand Prix champions were without star middle hitter Jaja Santiago and key bench players Cherry Rondina and Ej Laure, all of whom were attending to commitments with their respective university teams.

Still, the win over the league leaders served as a boost for F2 Logistics who have been inconsistent throughout the season.

The match was close throughout with the last two sets coming down to clutch kills and errors. Veteran middle blocker Aby Maraño served a key ace that clinched a pivotal third set then smashed her signature running hit to break a fourth set deuce and setup their win.

Foton’s dynamic imports Lindsay Stalzer and Ariel Usher did most of the damage for the Tornadoes, notching 23 and 21 points, respectively.

F2 improved their record and their hold on the third seed with a 5-3 record while Foton tied with Petron for first with a 6-1 slate.

The Cargo Movers face league cellar-dwellers Generika (0-7) on Thursday at the FilOil Flying V Centre. The Tornadoes take on Cignal (1-5) on Saturday.