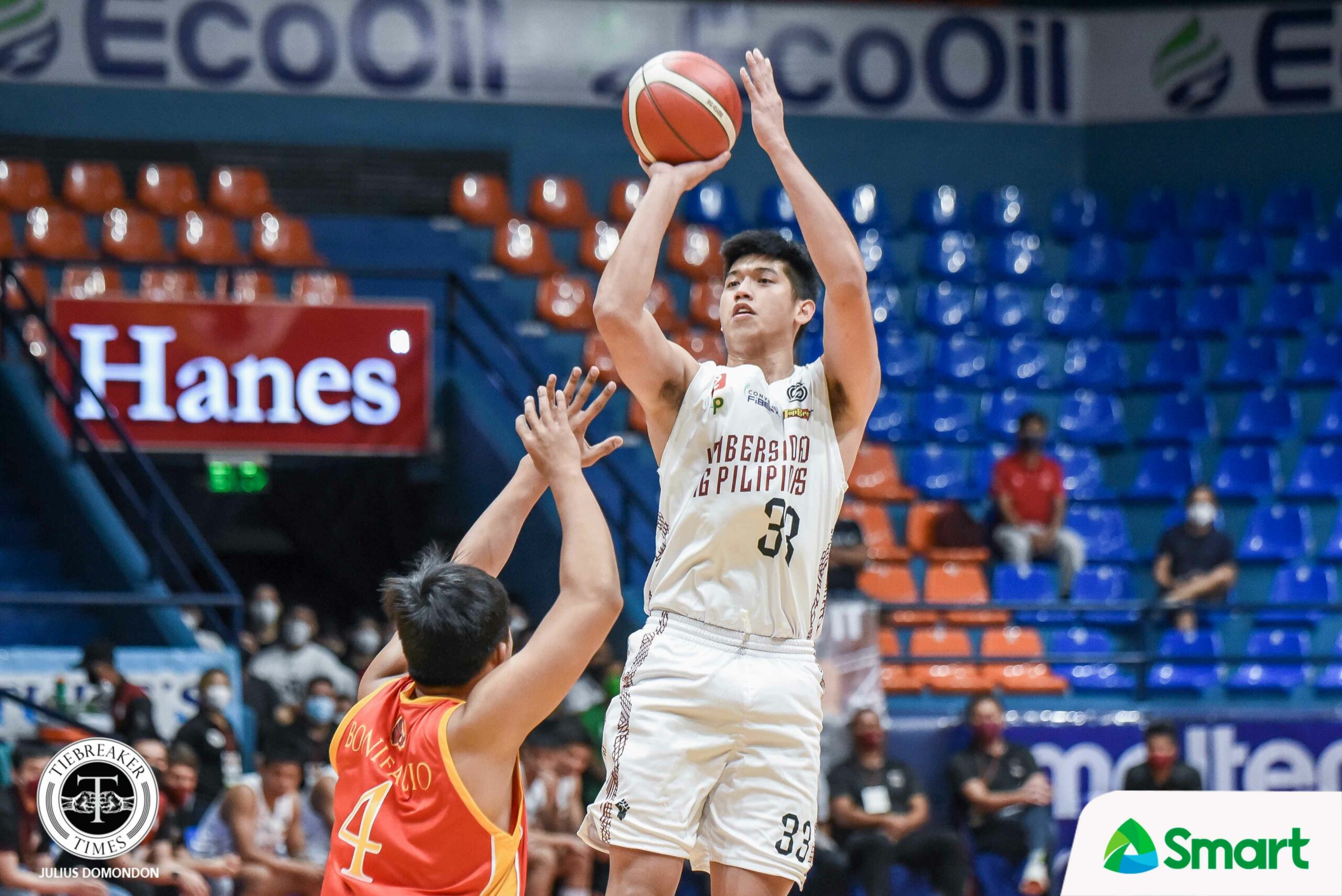 The matchup between the UAAP champions and the NCAA runners-up was a one-sided affair.

University of the Philippines was a cut above Mapua University to open the 2022 Filoil Ecooil Preseason Cup’s Group A, taking an 83-59 win, Saturday in San Juan.

The Fighting Maroons did not suit up UAAP Season 84 Men’s Basketball Finals MVP Malick Diouf, turning the game into an all-Filipino affair. Zavier Lucero and Henry Galinato were also out but will return next week.

Still, it did not matter for UP.

Fresh off a Gilas stint, Carl Tamayo posted a monster line of 16 points on 6-of-11 shooting from the field and 16 rebounds in just 24 minutes of action.

Tamayo and Gerry Abadiano linked up in UP’s third quarter surge that saw UP turn a 31-33 deficit into a 57-46 lead. The two combined to score 17 of UP’s 26 points in the quarter.

“Our focus lang is on how we can improve as a team,” said Fighting Maroons coach Goldwin Monteverde. “Whatever lapses yung nagawa namin sa first half, pinagusapan lang namin at nag-adjust sila. Yun naman ang goal namin every time, on learning how we can adjust during games.”

Abadiano added 13 points and seven rebounds for UP while CJ Catapusan chipped in nine points.

All 11 UP student-athletes fielded scored at least three points in the contest.

Warren Bonifacio paced the Cardinals with 11 points and nine rebounds while Bryan Lacap got 11 points as well.

NCAA Season 97 Most Improved Player Paolo Hernandez was limited to just five points on 1-of-10 shooting from the field.

UP’s next opponent in the Preseason Cup will be University of Perpetual Help System DALTA on Monday at 5:00PM. Mapua, meanwhile, will have a week break before facing National University on Sunday, July 31.