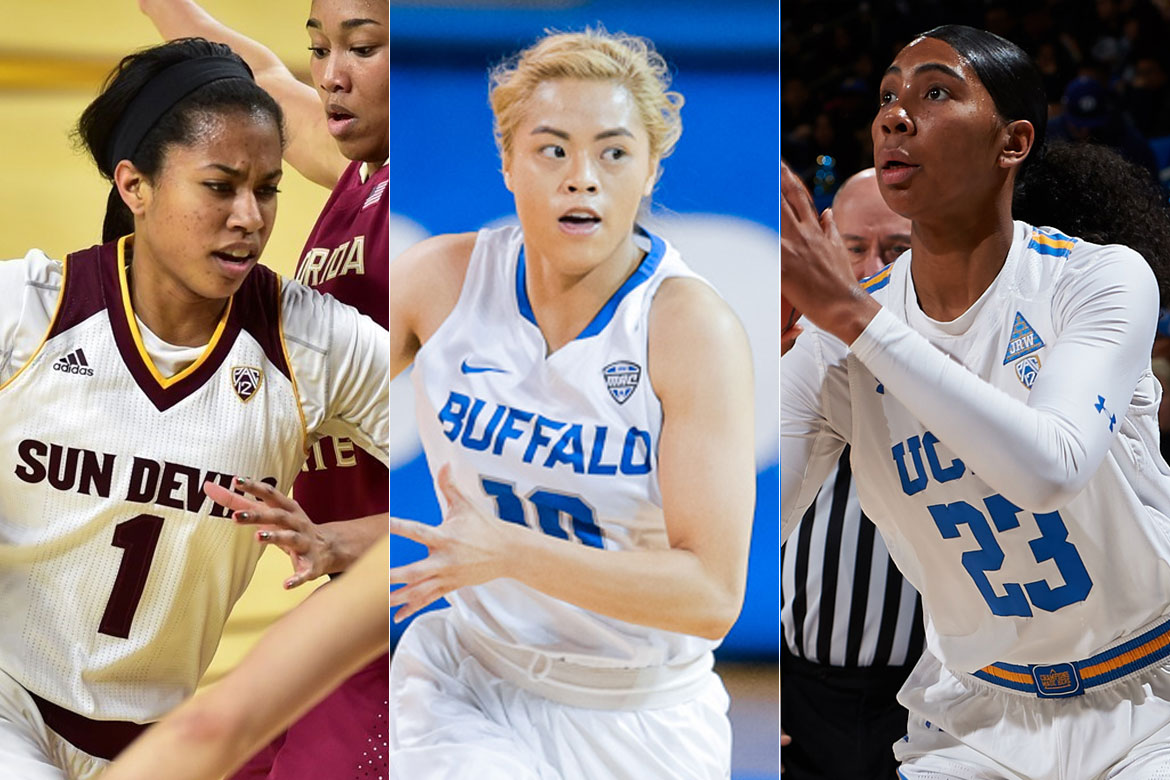 Right after Mighty Sports-Go for Gold Philippines’ stint in the 2019 William Jones Cup ends, a new set of Filipinos will play in the hardcourt of Xinzhuang Gymnasium in New Taipei City.

Gilas Pilipinas Women will make its William Jones Cup debut from July 24 to 28 in preparation for the 2019 FIBA Women’s Asia Cup and, later in the year, the Southeast Asian Games.

And this will be the tallest lineup handled by head coach Patrick Aquino.

“I’m just happy to have Fil-Ams coming into the team. They are all young and excited, very energetic. Yung composition ko is bigger now and more athletic,” said the decorated mentor.

“I don’t know anything about the other teams but as we continue to grow this week, we will be prepared for any team that comes our way,” said Hayes, who recently graduated from UCLA.

“So excited. Playing against good teams on an international stage, it will be my first time. I can’t wait to play,” added Bade, who transferred from Buffalo to Sacramento State last year.

“First place, always. That’s the goal. We are hoping to get better and get things done,” declared Hawkins, who graduated from Arizona State.

READ  After finding self, AVO makes full-time commitment to Gilas

Bautista, who was a member of the All-Atlantic 10 All-Defensive team for George Washington, will only join the team in Taiwan.

Set to make her return to the national team after four years is former Ateneo stalwart Danica Jose, who stands at 6-foot-2.

Completing the line-up is another debutant in ex-De La Salle point guard in Camille Claro, who has always dreamt of being part of the national team.

On paper, the team is formidable. However, the one thing that they still have to work on is chemistry, according to Aquino.

“But the thing is, kulang pa kami sa cohesiveness. Maybe, ang Jones Cup ay yung daan for our preparation for FIBA Asia and the Southeast Asian Games,” said the former UP Fighting Maroon.

“No expectations from us but we need to do our best. This is a good venue to see where we are since we are playing the New Zealand National Team, Korean and Japanese clubs, and two Chinese-Taipei teams,” said the five-time UAAP champion coach.

“So, I guess this is a very exciting tournament for us to show the region what Philippine basketball is all about.”