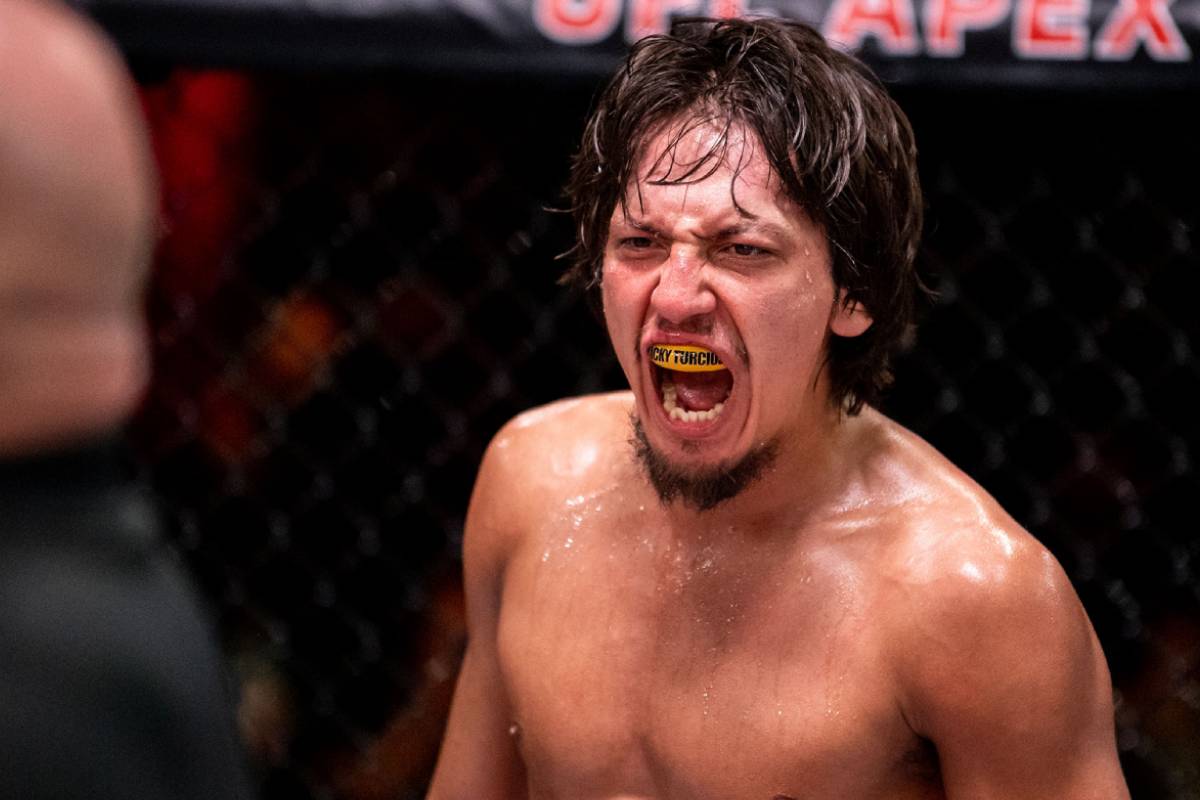 The dream has come true for Filipino-Salvadoran Ricky Turcios.

Turcios eked out a split decision win over Brady Hiestand to rule The Return of The Ultimate Fighter: Team Volkanovski vs. Team Ortega bantamweight tournament, Sunday afternoon (Manila time) at the UFC Apex in Enterprise, Nevada.

And it has been a long journey for the 28-year-old Houston-native to the biggest stage in mixed martial arts.

“It’s a dream come true. I want to say, ‘Salamat sa Diyos! Thank God! Gracias a Dios!’,” said Turcios, who went up to 11-2 in his prizefighting career.

Displaying his flamboyant style, Turcios was the aggressor in the opening round, engaging in numerous skirmishes. In one of the exchanges, Turcios connected clean that resulted in a cut on Hiestand.

Hiestand bounced back in the second round as both fighters were visibly gassed. The American punctuated the round by clipping Turcios with a clean right.

Virtually tied in the third round, Turcios found his second wind as he went full throttle on Hiestand. Clipped numerous times, Heistand tried to go for a takedown but was stuffed by Turcios.

“God gave me everything. This would not have been possible without the Spirit,” said the free-spirited Turcios, whose UFC contract will be worth six figures.

“I want to give a message to the children, believe in yourself! Don’t fear failure. Dream big and work hard. Stay positive and enjoy the journey!”

Both Turcios and Hiestand were part of the team of UFC Featherweight Champion Alexander Volkanovski.

Turcios had to go through Daniel Argueta and Liudvik Sholinian to get to the finale.

The 29th edition of TUF is actually Turcios second attempt at joining the big league.

Back in 2017, he lost to Boston Salmon in Dana White’s Contender Series.

Turcios since fought in Fury FC and King of the Cage. 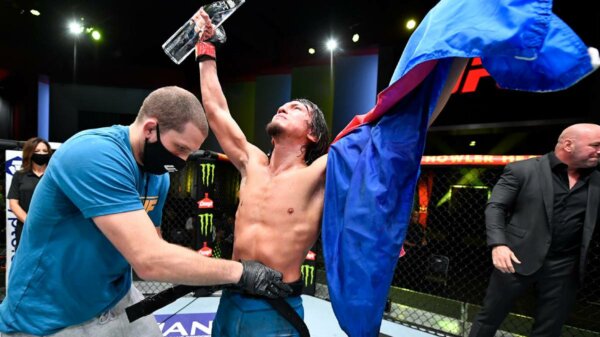 The Return of The Ultimate Fighter: Team Volkanovski vs. Team Ortega was Ricky Turcios’ second crack at getting an Ultimate Fighting Championship contract.  Back...