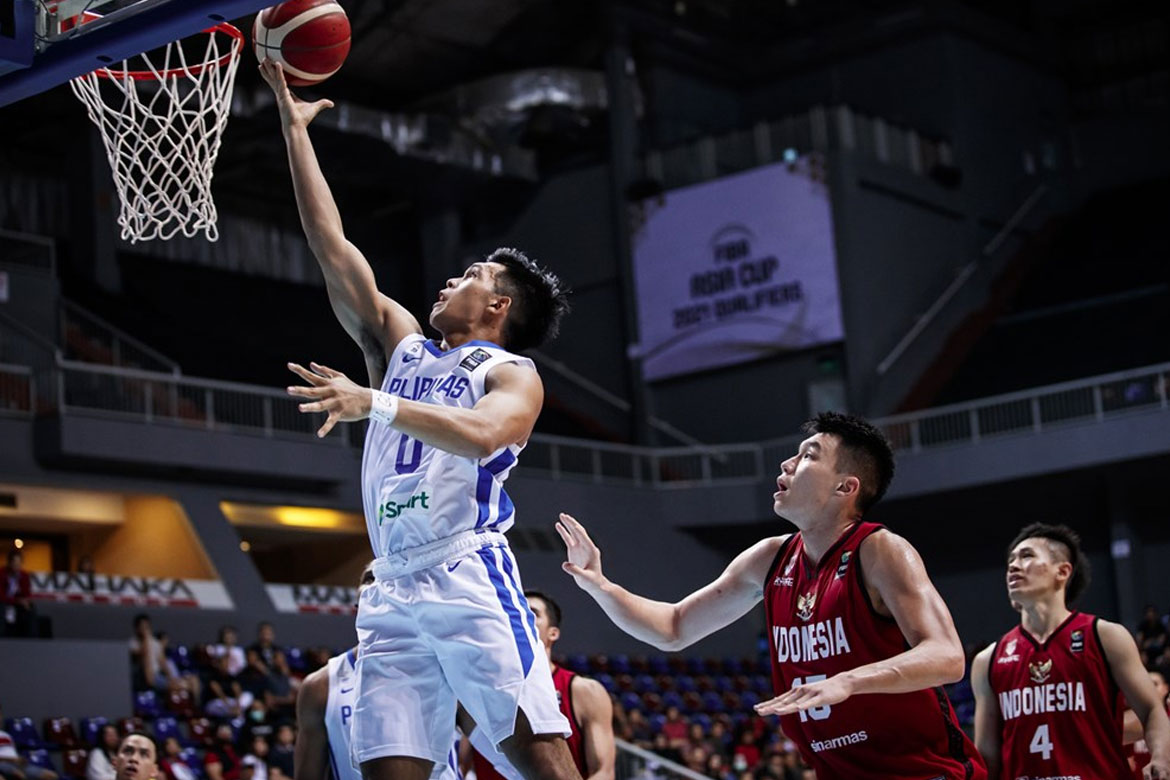 Thirdy Ravena was nothing short of impressive as he led Gilas Pilipinas’ 100-70 mauling of Indonesia in their FIBA Asia Cup 2021 Qualifiers debut, Sunday night at the Mahaka Arena in Jakarta.

The versatile 6-foot-2 winger finished with 23 points along with eight rebounds in his first game back in a Gilas jersey since the sixth window of the World Cup Qualifiers in February last year.

Thirteen of his points came in the third canto alone, where the Filipino dribblers pulled away by unloading 11 straight points to turn a slim four-point lead to a 66-51 edge late in the period.

Gilas would lead by as many as 31 points twice since before registering the 30-point win, which met the challenge made by veteran Marc Pingris and new captain Kiefer Ravena to them.

“It made me feel more comfortable being in the team especially with my brother as the captain,” said the 23-year-old after the match as he credited his brother Kiefer for his performance.

“He prepped me pretty good, he was basically doing his part as a captain and making everyone else, not just me feel comfortable around the team to just do our jobs,” he furthered.

It wasn’t all smooth-sailing for Gilas, though, as they had to endure a tough challenge from the home team early.

The visitors, though, responded with an 8-0 spurt to widen their lead to 11 points but their foes retaliated again and chopped the deficit to four, 55-51, thanks to Arki Wisnu with 2:35 on the clock.

But that proved to be the last stand by the Indonesians as the Ravenas, Gomez de Liaño, and Troy Rosario joined hands for 11 unanswered points for a 66-51 edge with 10.7 seconds to go.

It was an explosive second half for the Philippines as it scored 63 points after having just 37 in the first 20 minutes.

Andakara Prastawa led Timnas with a game-high 28 points in the loss that dropped them to 0-2 — Indonesia absorbed a 76-109 beatdown in the hands of South Korea last Thursday.

Abraham Grahita, who was initially suspended by the team following his behavior during Thursday’s post-game presser but was reinstated as he had apologized, added 17 markers.

Gilas now awaits FIBA’s announcement regarding the resumption of its first window meeting versus Thailand, which was postponed along with three other games due to the coronavirus outbreak.