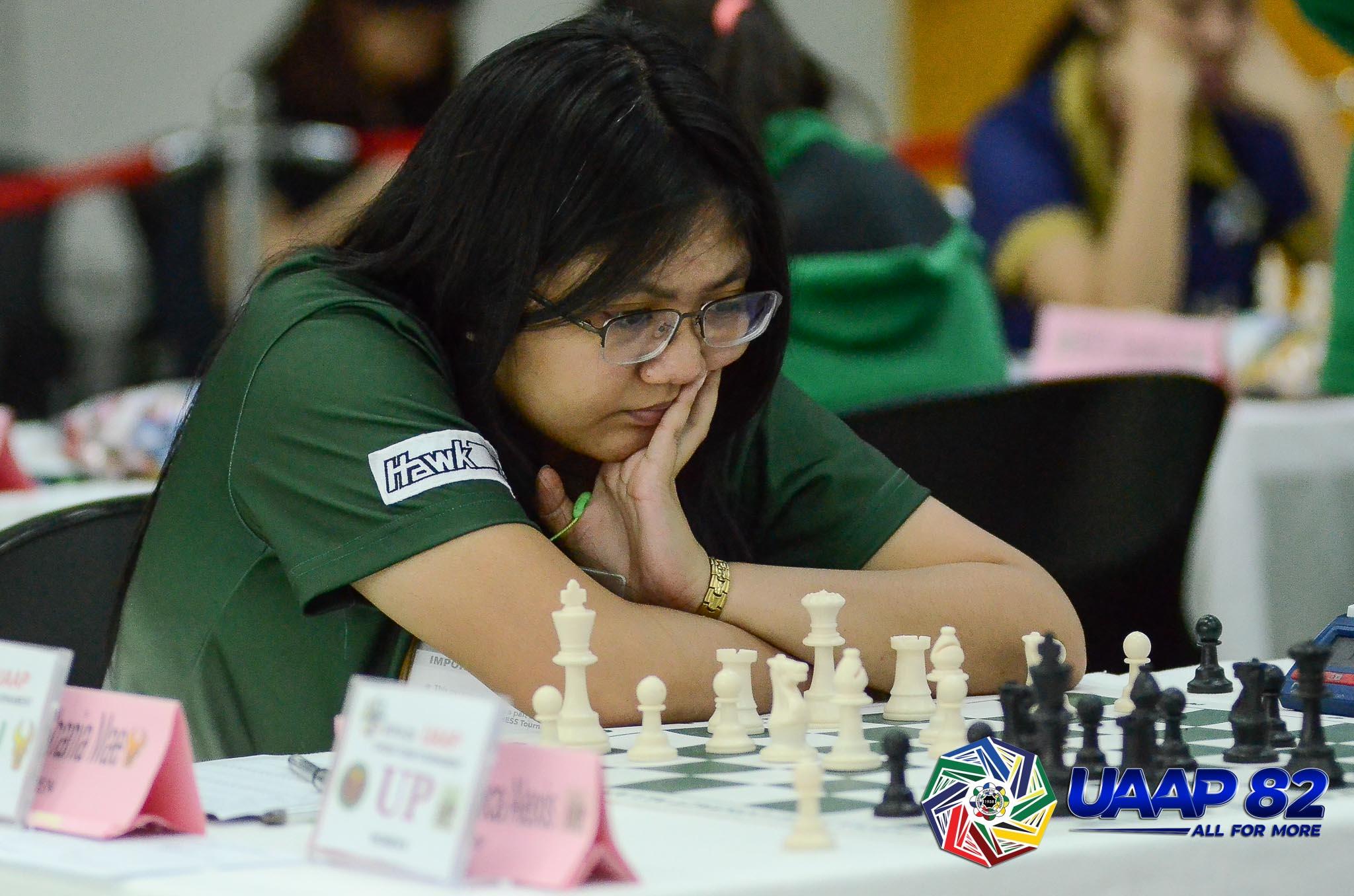 Far Eastern University bashed National University, 3-1, to continue to hold on to the lead and fend off defending champion La Salle’s desperate attempt to catch up after 11 rounds in the Women’s Division of the UAAP Season 82 Chess Tournament at the UST Quadricentennial Pavilion Saturday.

Shania Mae Mendoza, an Olympiad veteran, and Bea Mendoza each provided the clinching victories on the top two boards as Marife dela Torre and Viona Nepascua halved the point with Charmaine Lilan Manga and China Espanola on the lower boards.

After 11 grueling rounds, the Lady Tams have kept a foothold of the top spot with 32.5 points while putting a 2.5-point separation between them and the Lady Archers, who have 30 points.

La Salle went for a shutout win but managed just a 3-1 triumph over Adamson, no thanks to Abigail Tamundong’s snappy win over Ella Grace Moulic on second board.

Marie Antoinette San Diego, an Olympiad standout and a Woman International Master, delivered a victory on board one along with ASEAN Age Group champion Samantha Glo Revita and Franchell Eds Javier on boards three and four, respectively.

FEU hopes to continue to hold sway and clinch the title with favorable wins in their last three matches against University of the Philippines, Adamson and University of Santo Tomas.