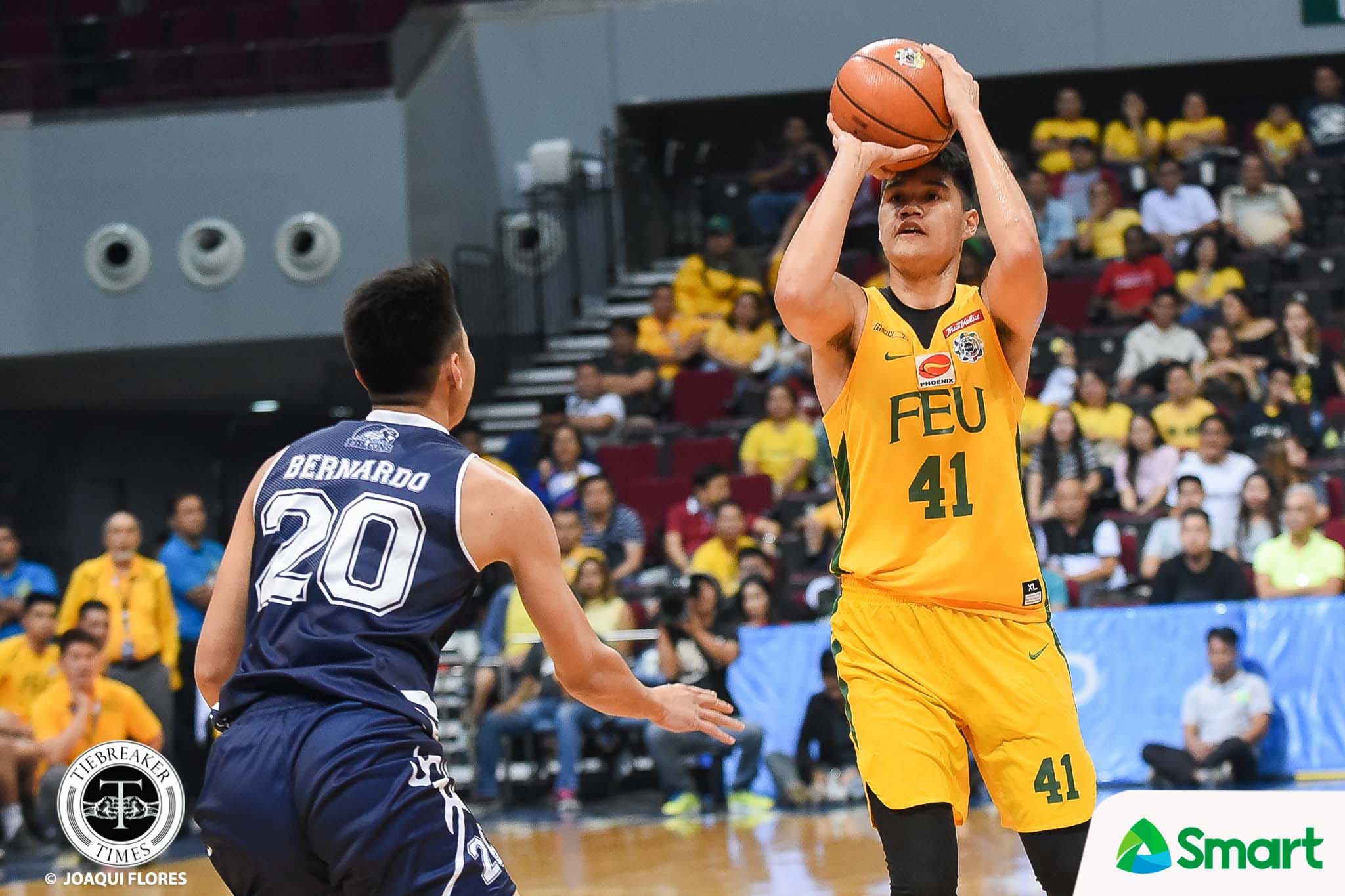 With the Adamson University Soaring Falcons already assured of the second seed, Franz Pumaren decided to sit out his two aces Jerrick Ahanmisi and Sean Manganti. And the Far Eastern University Tamaraws made sure to take advantage.

With their season at stake, the Tamaraws blasted the Soaring Falcons, 82-56, to force a playoff game against the De La Salle Green Archers, Sunday evening at the SM Mall of Asia Arena in Pasay City.

To end the elimination round, FEU and La Salle are tied in fourth and fifth place with a twin 8-6 record. The two squads will face off in a win-or-go-home tilt on Wednesday, November 21 at the SMART Araneta Coliseum.

“Well, we’re finally getting the breaks. Malaking bagay ‘tong game na ito ,with them missing Ahanmisi and Manganti,” said second-year Tamaraws head coach Olsen Racela. “But, yun, gaya ng sinabi niyo, we have one more game to play to make it to the Final Four.”

Without their two stalwarts, the Soaring Falcons had a flat start, as the quintet of Papi Sarr, Junjun Espeleta, Simon Camacho, Vince Magbuhos, and Jerie Pingoy could not get anything going. They fell to a 0-14 hole, only scoring their first bucket with four minutes left in the opening frame.

Moreover, Ino Comboy and Arvin Tolentino had strong starts, with the former finishing with 11 points and 10 rebounds. Hubert Cani then took control in the third canto, scoring six of his 10 points to help FEU build a lead that went to as high as 34 points, 70-36.

With the game already out of reach by the second half, Racela was able to field in all his players, with only one Tamaraw not entering the scoring column.

“Importante sa amin ito dahil we were able to play everyone,” beamed Racela.

Pumaren did not disclose the injuries or illness of Ahanmisi and Manganti. Jerom Lastimosa was the sole double-digit scorer for Adamson with 11 points.

Adamson will face the University of the Philippines Fighting Maroons holding a twice-to-beat advantage. The series begins on Saturday, November 24, at the SM Mall of Asia Arena.