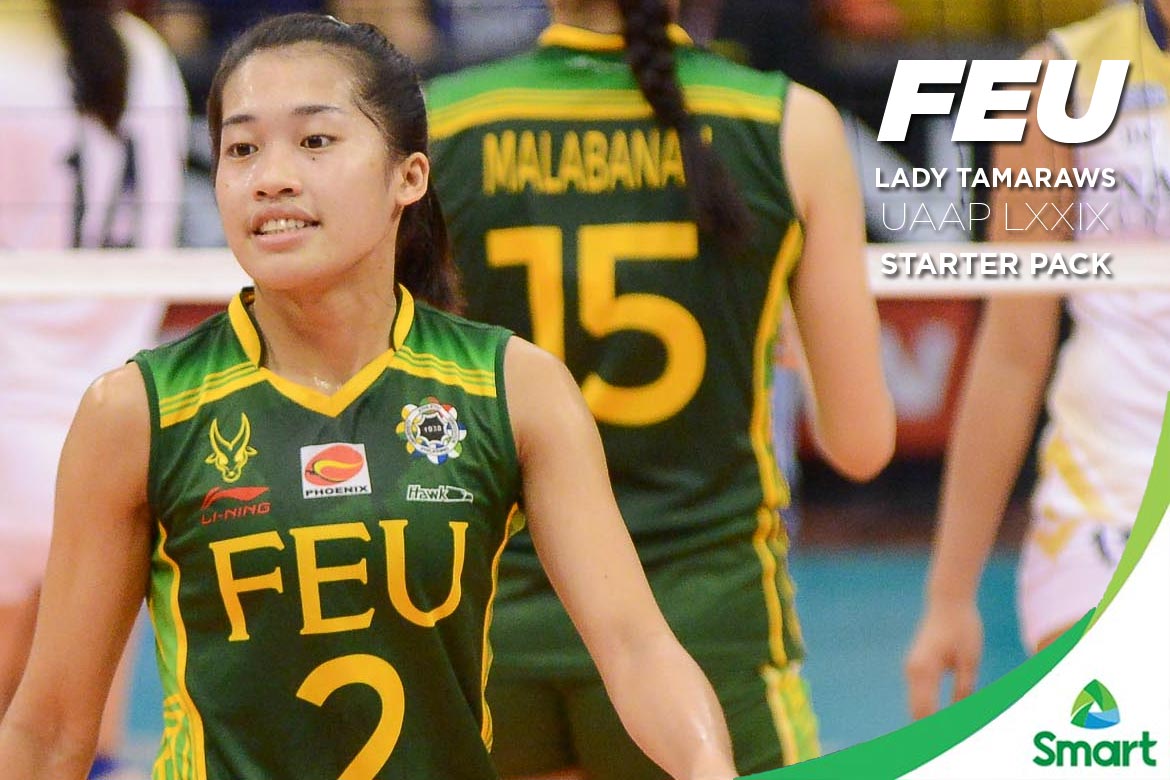 IT WAS 9PM and the Petron Tri-Activ Spikers were in the last hour of their practice at FEU’s R. Papa Gym. Bernadette Pons and Remy Palma, weren’t part of Petron’s lineup yet, but they were two of the sweatiest players there.

Two of the Far Eastern University Lady Tamaraws’ pillar players, Pons and Palma do have a lot to sweat about.

In UAAP Season 78, the Tamaraws were a game away frkm making it back to the Finals, taking the eventual champions La Salle Lady Spikers to a do-or-die tiff in the semifinals. But FEU came short against the most experienced team in the league.

This season, the Lady Tams are arguably the most experienced.

Pons is in her fourth year and projects to be a frontrunner for the MVP award.

Third year opposite hitter Toni Basas broke out of her shall last season and turned into one of the deadliest scorers in the league.

Among the crowded list contenders, FEU is one of the few teams who won’t rely on a young player in the starting six.

They also only lost one player. On paper, the Lady Tams look formidable both on offense and defense.

Which is why Pons and Palma kicked up their preparation.

Coach Shaq Delos Santos believes his team is at the peak of their developmental curve.

READ  Mbala's record-breaking summer a warning to the UAAP

As a replacement, they brought in third year setter Kyle Negrito. Last season, Delos Santos had already given Negrito playing time in crucial situations, although her effectiveness paled to Sy’s brilliance.

For her part, Negrito knows she can’t replace Sy nor will she ever play like the former Best Setter.

IT WAS 10PM at the R. Papa Gym and Pons was still doing one-on-one drill with one of the coaches. When she finished, she took off her shoes and walked to the showers.

“Papahingi na ako kuya,” she said to one of the reporters.

6th inning blitz powers UP in shutout of UE