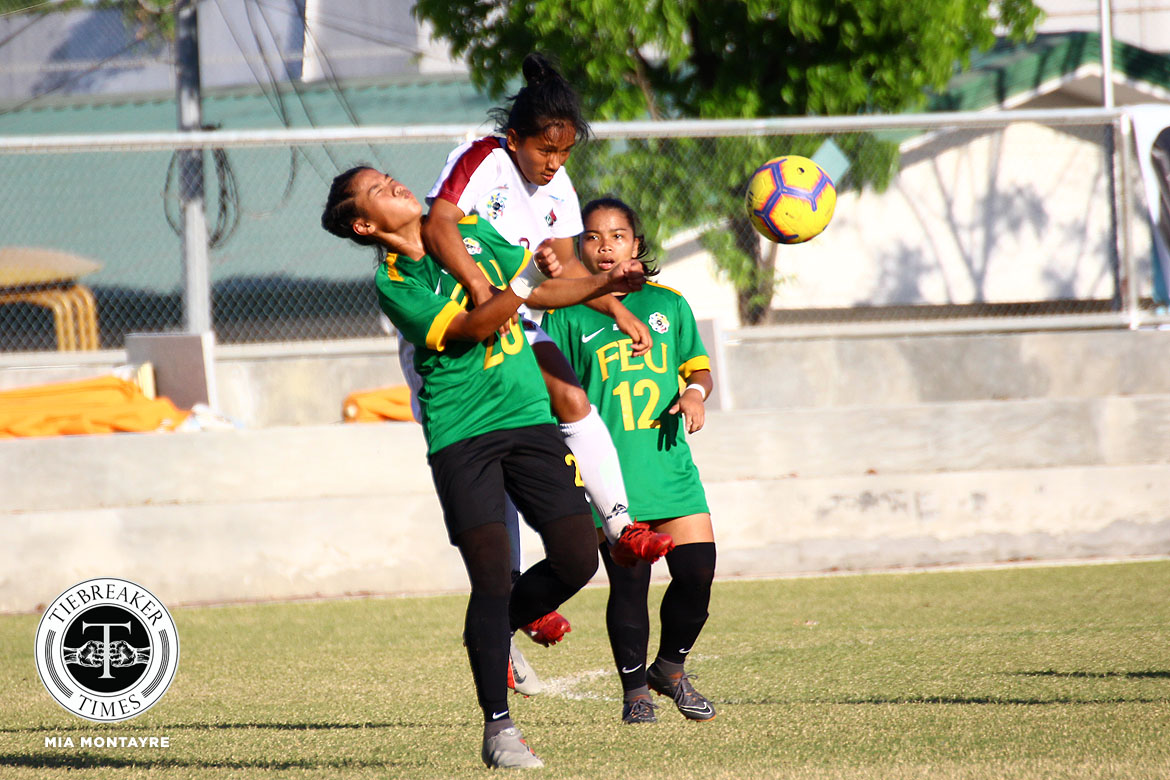 Ultimately, it was two valuable points dropped for both teams.

With the race to qualify for the UAAP Season 81 Women’s Football Tournament finals heating up, both the Far Eastern University Lady Tamaraws and University of the Philippines Lady Maroons had to make do with a 0-0 draw, Wednesday afternoon, at the Circulo Verde field in Quezon City.

The result was the first draw for the FEU and UP in the competition and it increased their respective tallies in the standings to 7 and 4 points respectively.

The Lady Tamaraws mustered most of the possession and chances to score but a lack of shooting boots denied them the chance to score the winning goal. On the other hand, the Lady Maroons were defensively sound throughout the contest.

“I thought the back four did well today… (but) we didn’t have that connection between our midfield and forward line. They seemed not to want the ball so we were forced to play more direct but we could have settled into the game more had they been more involved,” said UP coach Anto Gonzales.

The two schools shall next play on April 27, 2019. State U (4 points) hopes to return to winning ways against league leaders De La Salle University at 9:00 AM while FEU (7 points) hopes to strengthen its grip to 2nd place against UST in the standings at 3:00 PM. Circulo Verde will continue to host both games.