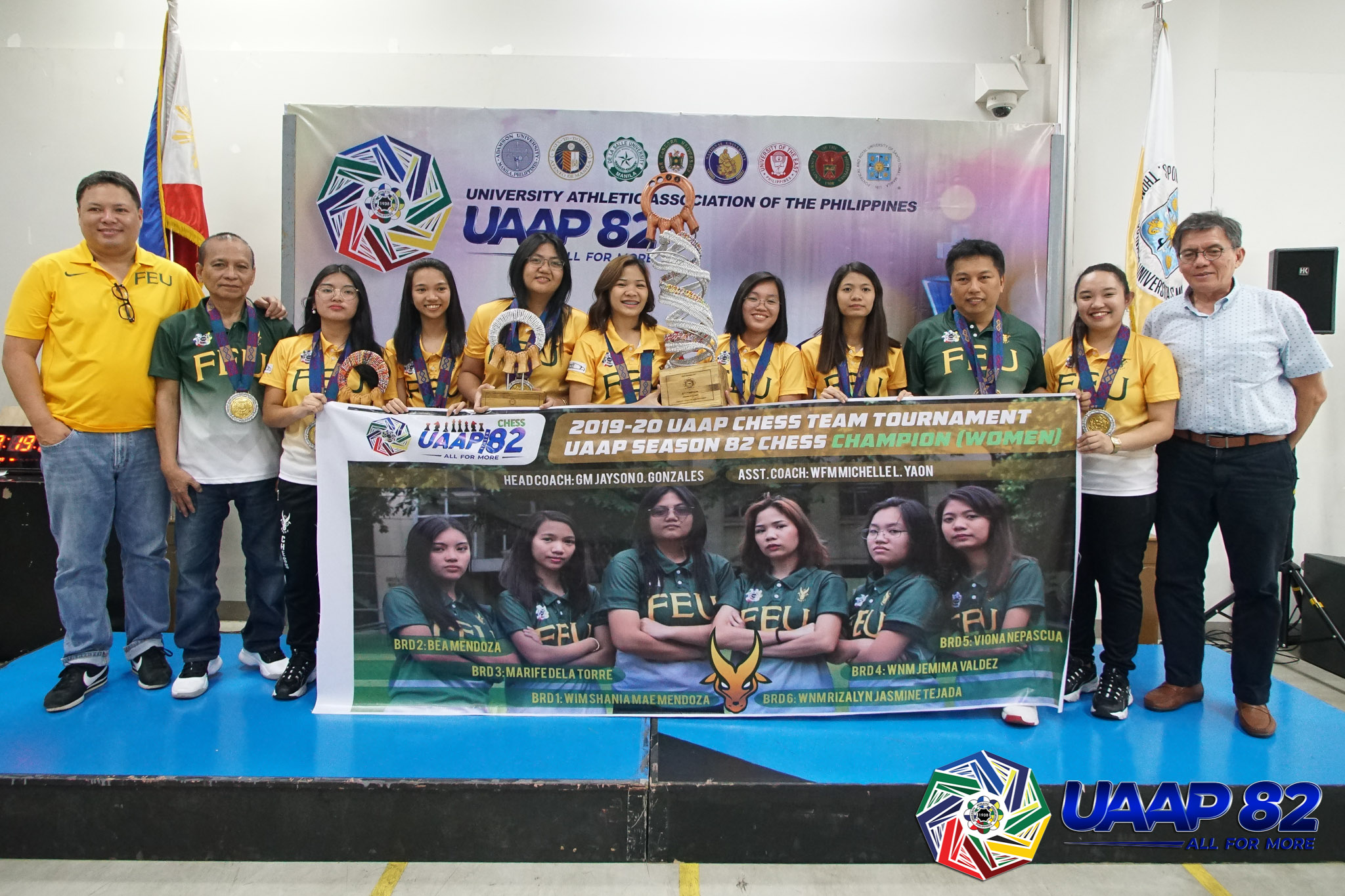 Far Eastern University eked out a closely-fought 2.5-1.5 win over University of Santo Tomas in the 14th and final round to snare its fifth title in the women’s class of the UAAP Season 82 Chess Tournament at the Quadricentennial Pavilion Sunday.

Shania Mae Mendoza provided the lone victory on top board as the rest—Bea Mendoza, Marife dela Torre, and Viona Nepascua—ended up with fighting draws to help the Lady Tams finish with 40 points, good enough to claim the crown.

La Salle, last year’s winner, went for shutout win but wound up with just a slim 2.5-1.5 win over first-round conqueror Ateneo on wins Antoinette Marie San Diego and Samantha Glo Revita on boards two and three and a split by Franchell Eds Javier with Laila Camel Nadera on board four, and settled for second place with 38.5 points.

It was sweet revenge for the Lady Woodpushers from Taft Avenue after they made up for a 1.5-2.5 defeat at the hands of the Lady Eagles, whose lone win was provided for by Alexis Anne Ocena on board two, in the very first round that derailed the former’s title-retention bid.

If there’s any consolation, San Diego edged Philippine Olympiad squad teammate Mendoza for the board one gold and MVP plum.

San Diego actually finished with 11.5 points or half a point behind Mendoza with 12 but took the pair of awards after emerging with the higher percentage score of 88.5 percent against the latter’s 85.7 percent.

Mendoza was just too happy to end her five-year collegiate career with three championships and a pair of runner-up finishes plus a Rookie of the Year award to spare.

“Winning the championship is enough for me as I bid goodbye to my alma mater,” said Mendoza, who had to skip last season to play for the national team in World Chess Olympiad in Batumi, Georgia.

The Lady Woodpushers of España Boulevard, coached by Grandmaster-elect Ronald Dableo, settled for third with 35.5 points.

Other board gold medalists were FEU’s Bea Mendoza on board two, Ateneo’s Manilyn Cabungcag and Laila Camel Nadera on boards three and four, UST’s Vanezza Fe Villamil on board five, and FEU’s Rizalyn Jasmine Tejada on board six. 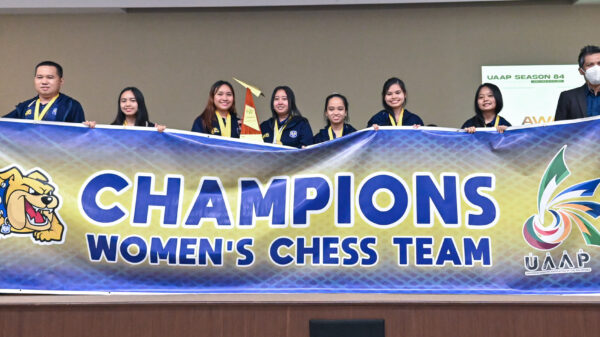 National University bagged its first-ever UAAP women’s chess title at the conclusion of the Season 84 chess tournaments on Wednesday evening at the FEU...