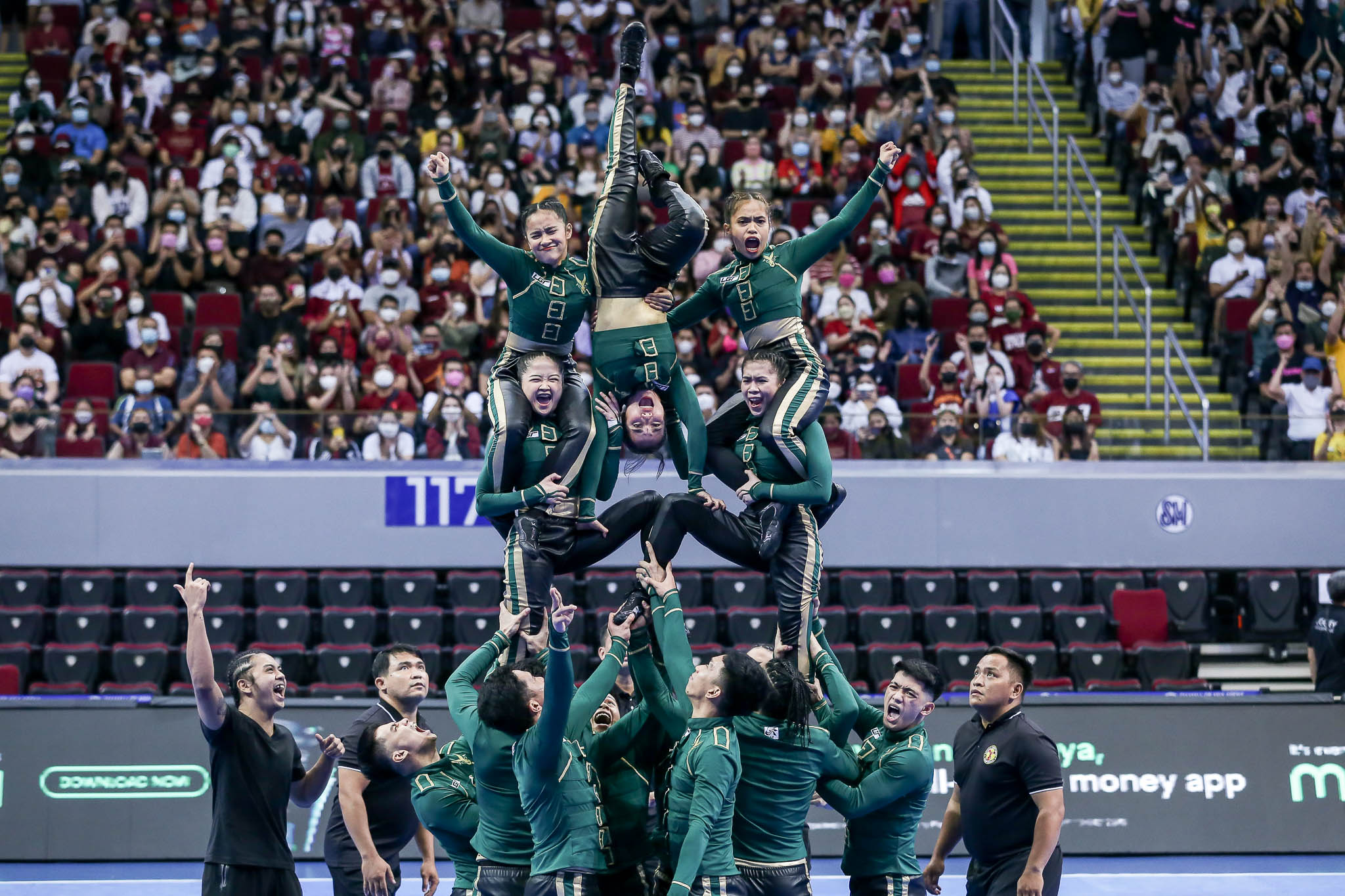 Far Eastern University seeks to make history of winning two UAAP cheerdance titles in the same year as Season 85’s most-anticipated competition gets going on Saturday at the SM Mall of Asia Arena.

Coach Randel San Gregorio is looking forward not only to his FEU Cheering Squad performing well in the 4 p.m. event but for the rest of the cheerdance teams to put on a show with the league reverting back to its exciting old format.

“We wish everyone the best performance possible,” said San Gregorio.

The rehearsals were held Friday at the same Pasay venue where cheerdance teams were given one hour each to polish their routines.

Unlike in the previous season where there are only a maximum of 15 performers in a three-minute run, this time around there will be 15-25 cheerdancers doing a six-minute routine in front of an expected capacity crowd. Drums (two bass and two snare) are back after a one-season absence.

National University Pep Squad, which won six of the last eight titles, is eager to redeem itself after failing to complete a three-peat last May. The Ghicka Bernabe-mentored squad will feature a “Cheerobics”-themed routine this season.

Adamson will have an R&B theme while UE will bring a celebration of Pinoy-pop feel.

UST shared that it will bring a “monster” theme while DLSU will pay tribute to Janet Jackson. Ateneo hopes to inspire with a school-centric performance while UP will be the wildcard.