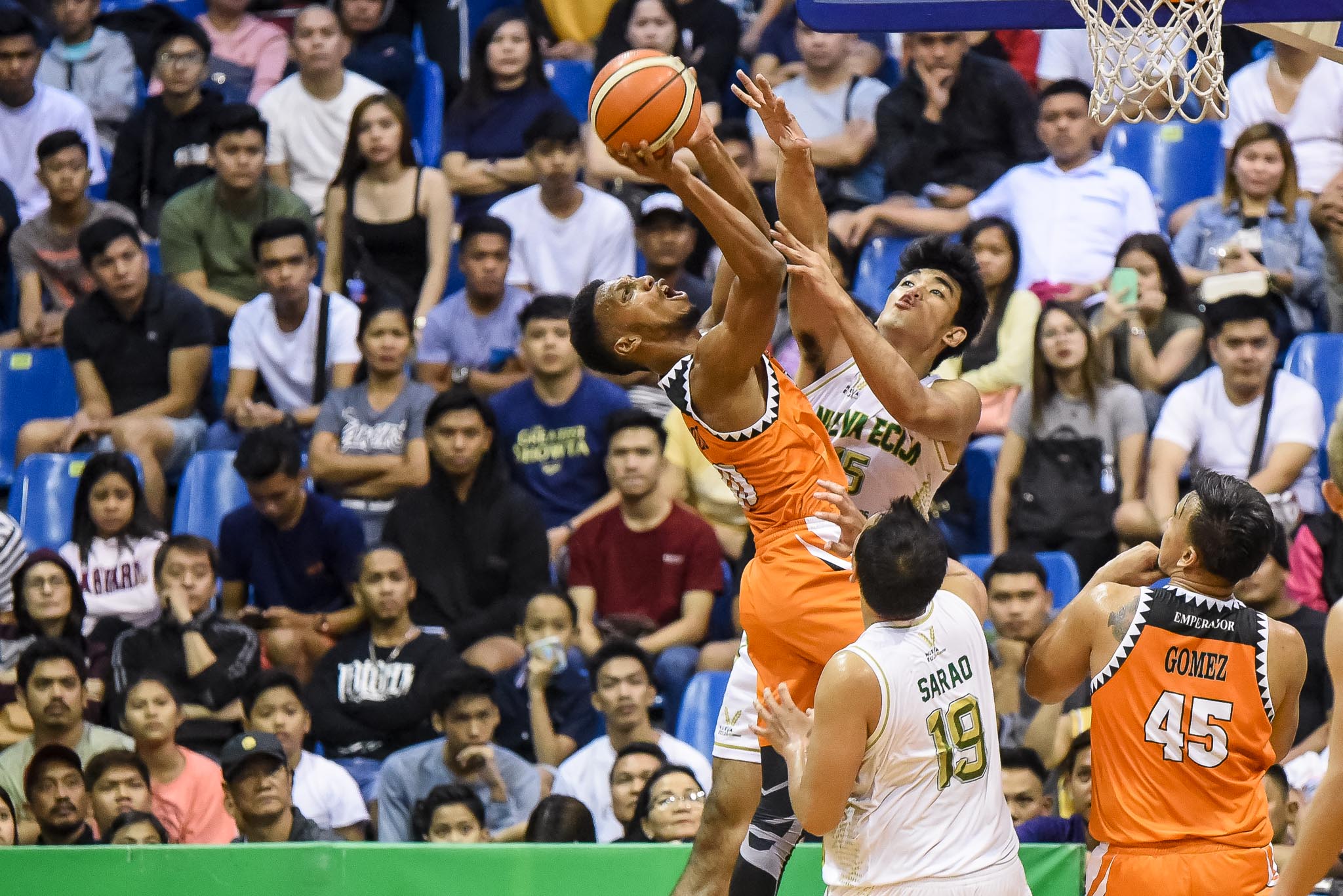 Felix Apreku, who was held scoreless in the first three quarters, scored the Giant Lanterns’ last eight points, four via free-throws and four through strong layups to keep them afloat down the stretch.

Pampanga head coach Bong Ramos took the blame on why their once 42-24 lead early in the third canto dwindled down in the final frame.

The duo of Levi Hernandez and Michael Juico torched Nueva Ecija with the former tallying a career-high 29 points four rebounds and two steals while the latter wound up with 26 markers and 12 boards.

Pampanga zoomed to a 19-3 early advantage, courtesy of Hernandez’s scorching shooting, scoring 11 points in the process.

Jai Reyes registered 15 points while JP Sarao got 13 markers and nine rebounds, as the Rice Vanguards fell to 7-17, putting an abrupt end to their playoff chances.