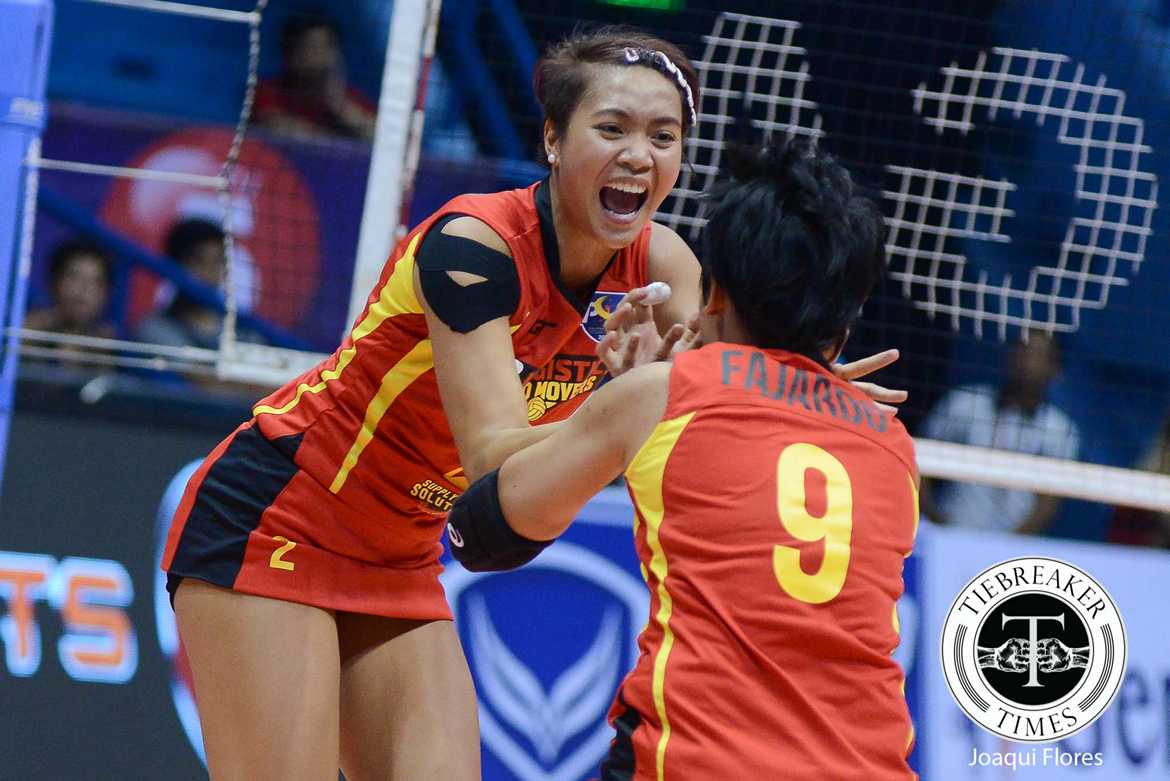 Making their highly-anticipated debut, the F2 Logistics Cargo Movers stumbled but got back up just in time to nail the Cignal HD Spikers 25-9, 23-25, 25-20, 25-11 in the opening day of the Philippine Superliga All-Filipino Conference at the FilOil Flying V Centre.

Showered by their legions of cheering fans and booming drums, F2 Logistics was able to burst out of the gate in the opening set as the Cargo Movers used their superior length at the net to disrupt Cignal’s attacks – getting and forcing errors that led to an easy first set win.

The Lady Spiker-powered Cargo Movers, however, struggled to sustain momentum in the second frame.

Surrendering errors from attacks and serves, the Cargo Movers fell behind 12-18. Fielding in Majoy Baron and Paneng Mercado for Mika Reyes and Cha Cruz respectively, F2 mustered a comeback. UAAP Best Setter Kim Fajardo delivered from the service line while Baron provided timely blocks to lead F2 to their only lead in the set, 22-21. NCAA Finals MVP Jeanette Panaga then swooped in to save the HD Spikers, nailing a running hit before blocking an Aby Maraño quick stab. Regaining the lead, 23-22, Cignal sprinted to the set win thansl to a Mela Tunay hit followed by a Panaga ace.

Again experimenting with his lineup, F2 coach Ramil De Jesus tried to use Danika Gendrauli and was rewarded. The stocky opposite hitter was pivotal in leading the Cargo Movers to a decisie third set win. F2 lept out to a 23-13 advantage but was nearly upenended when Cignal made a run after a timeout. The HD Spikers got to within four, 20-24, before succumbing to a Paneng Mercado smash.

F2 then wrestled the match away from Cignal through an imposing stretch in the fourth set. Kim Fajardo met Jeanette Panaga at the net, clashing midair for a joust to the delight of the spectators in attendance. The setter got the jump on the middle hitter, driving the ball to the ground and giving F2 a 12-8 lead. F2’s lead inflated to an insurmountable 22-9, spelling Cignal’s demise.