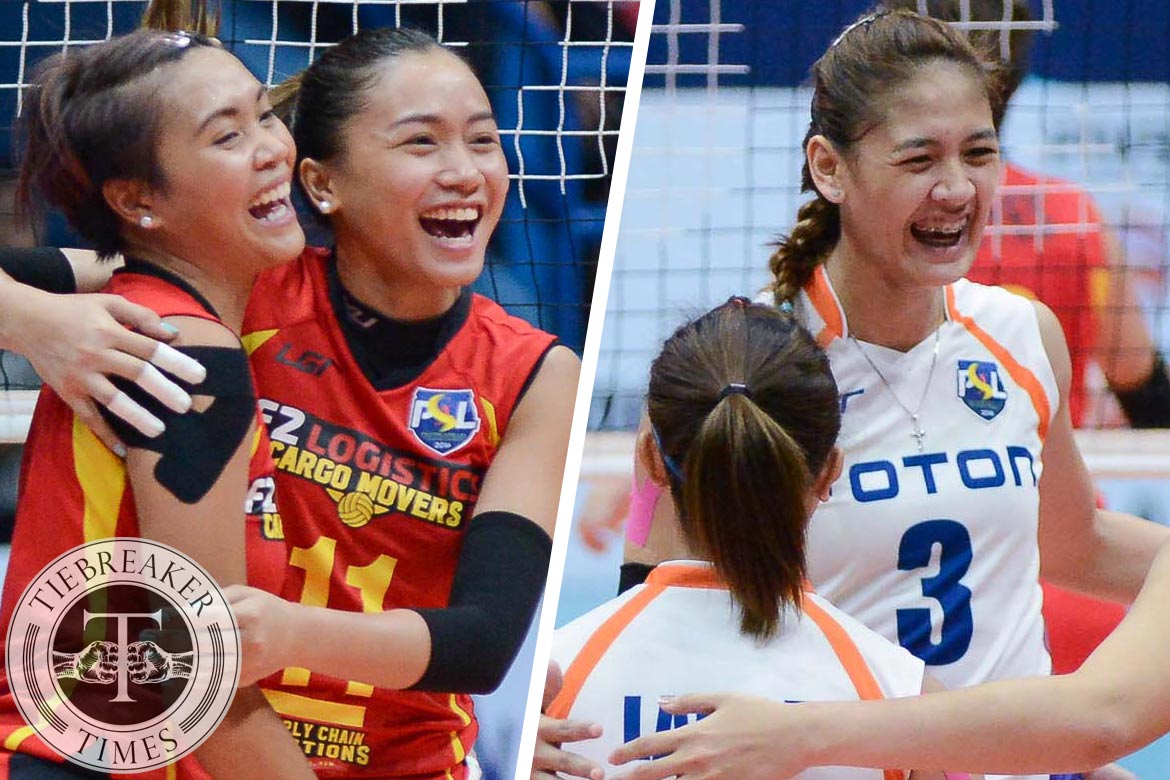 La Salle-powered F2 Logistics Cargo Movers and the perfect storm Foton Tornadoes rose from a highly-competitive field in the Philippine Superliga All-Filipino Conference, setting up their Finals clash which begins on Thursday, 6:00 pm at the FilOil Flying V Centre.

Branded as a pre-tournament favorites, the Cargo Movers marched into the tournament with high morale after conquering the UAAP Season women’s volleyball tournament.

They won all of their games in the first round followed by emphatic victories over RC Cola-Army and Petron in the second round. Unfortunately, they fell prey to Foton in the final game of the preliminaries, 25-19, 20-25, 23-25, 19-25, before bouncing back with a mighty straight set victory over Petron in the knockout semifinals.

F2 Logistics coach Ramil de Jesus said despite winning the UAAP crown, his wards remain hungry as they have not won anything outside the collegiate league.

“We’re more focused and concentrated because we haven’t tasted any title outside the UAAP and other collegiate leagues. I hope this will be it.”

On the other hand, Foton heads into the series like a runaway train.

After starting our slow, the Tornadoes raged through the second round, clobbering teams in dominant fashion.

“We’re peaking at the right time,” said Foton coach Villet Ponce-de Leon, who will also call the shots for the Tornadoes in the AVC Asian Women’s Club Championship in Binan City from September 3 to 11.

“I just hope we can sustain the momentum and carry it to the finals. F2 Logistics is a young and dangerous team. We have to deliver our best effort to overcome them.”

De Jesus added that it’s going to be an exciting series with the hungrier, more mature team likely to bring home the crown.

“I think it all boils down to maturity,” said de Jesus, who will also bank on the veteran leadership of Aby Marano, Cha Cruz and Paneng Mercado.

“Whoever is more matured and will be able to adjust quickly after Game 1 will definitely be favored. This is going to be a very exciting series.”

Tenorio, Brownlee too much for Blackwater as Ginebra bags third straight win