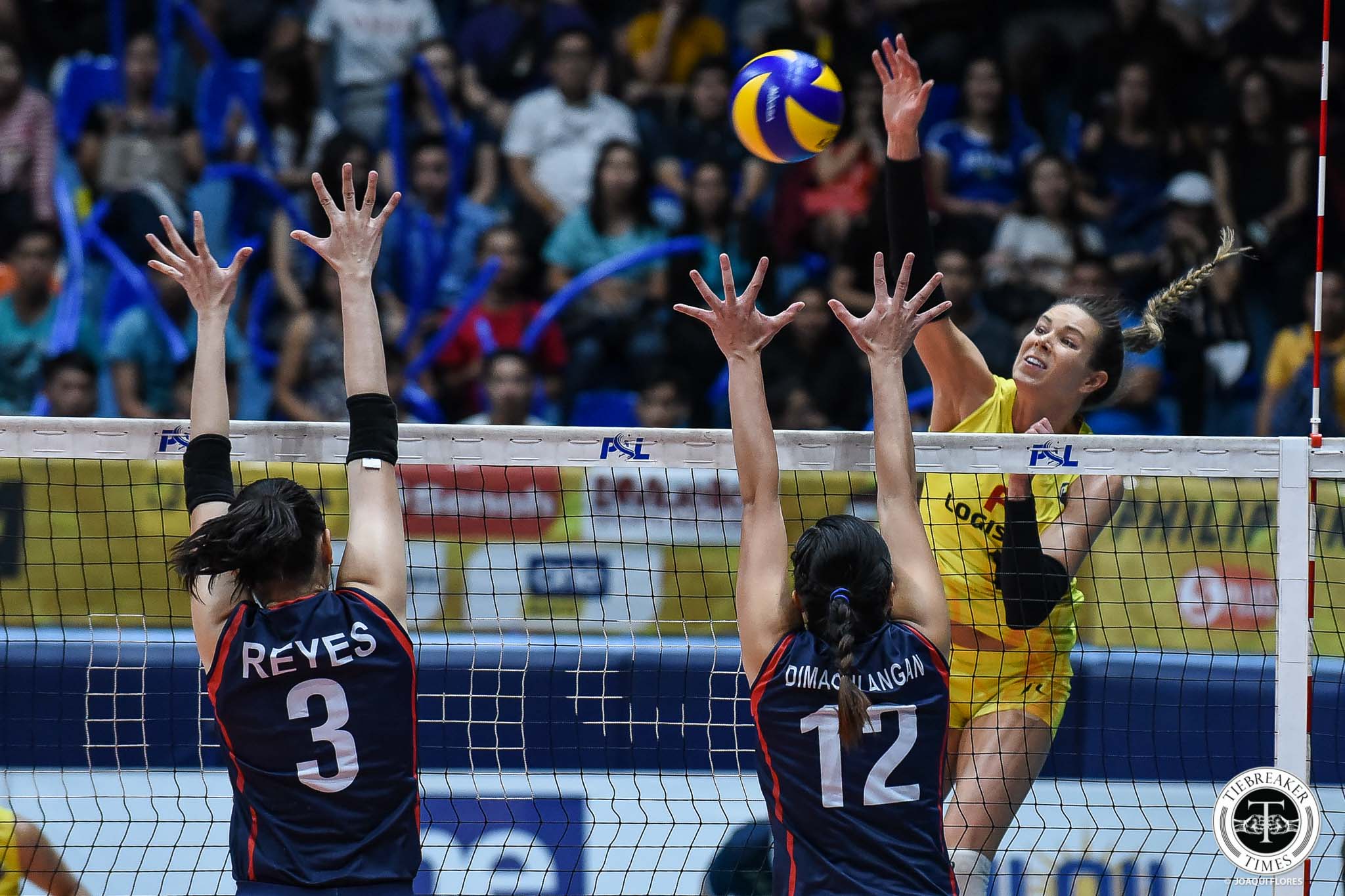 The Cargo Movers started the match with a splendid finishing push in the first set. Majoy Baron, Lindsay Stalzer, and MJ Perez provided the big punches in the 5-1 set-clinching run.

Petron then responded in the second set, burying F2 Logistic in a 17-9 hole. The pivotal third set went down to the wire, with Petron erasing a 20-14 F2 Logistics advantage and knotting the frame at 23. Stalzer rescued the Cargo Movers from the collapse, willing her squad for the next two points off clutch transition plays.

Stalzer continued her incendiary performance in the fourth frame, giving the Cargo Movers a 22-20 lead and fending off Petron. Perez then finished the match, scoring the next three points.

MJ Perez, who played in her first match against Petron this conference, led the Cargo Movers with 24 points, while Stalzer finished with 21 markers off 20 attacks.

#ReadMore  Jaja Santiago, Foton tower over Cignal to go up to solo fourth

F2 Logistics can win their fourth title with a victory in Game Two on Thursday at the FilOil Flying V Centre.