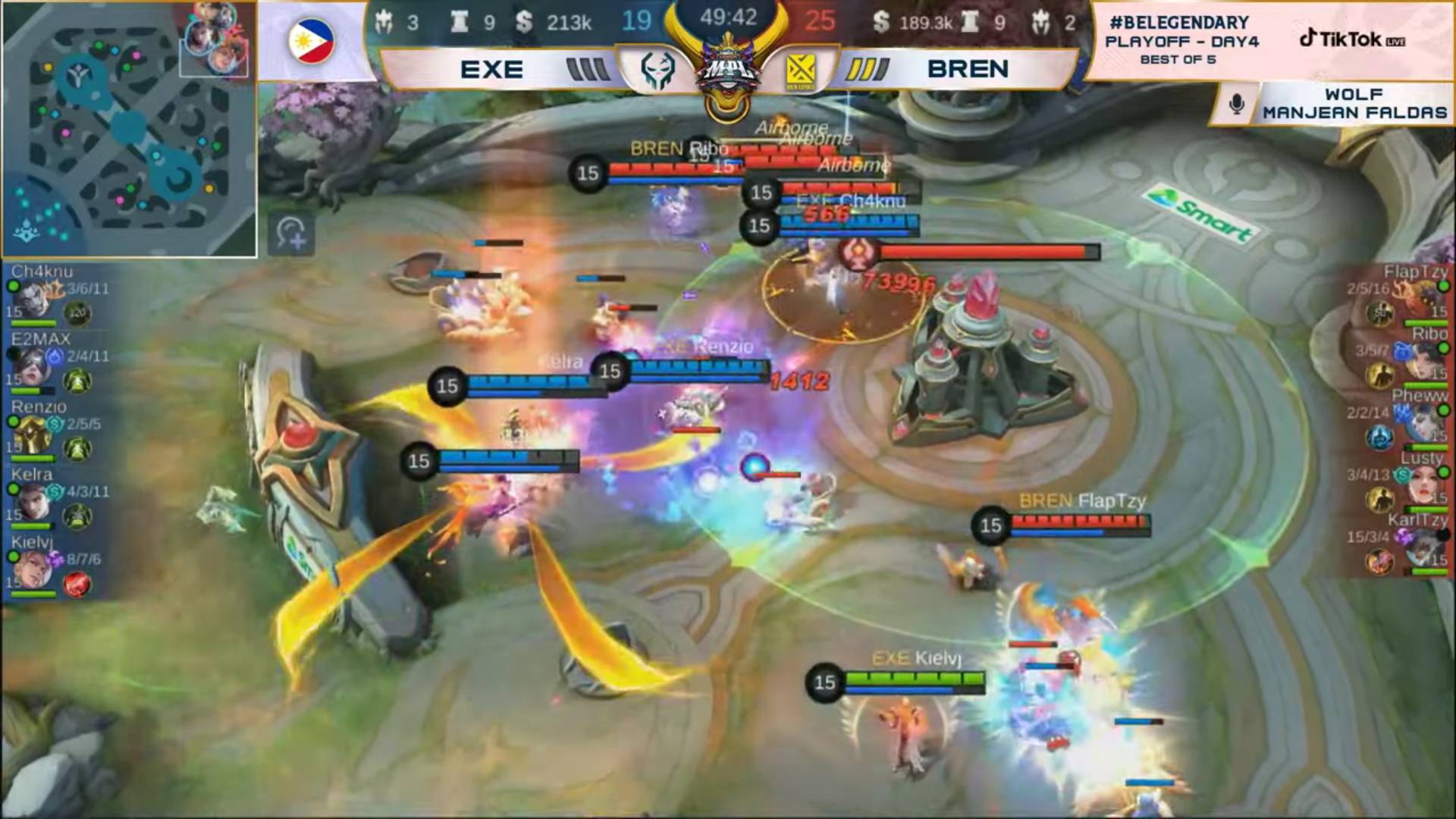 A loss away from elimination, Execration, who was manhandled by Bren Esports in the early game, rallied behind Ch4knu’s Khufra who put up a miracle set with his Tyrant’s Revenge-Flicker combo to end the 50:08-minute match.

The best tank in the 2019 season earned the SMART MVP award with a game-high 14 assists along with four kills and seven deaths. He also took a total of 396,878 damage from the Bren side. 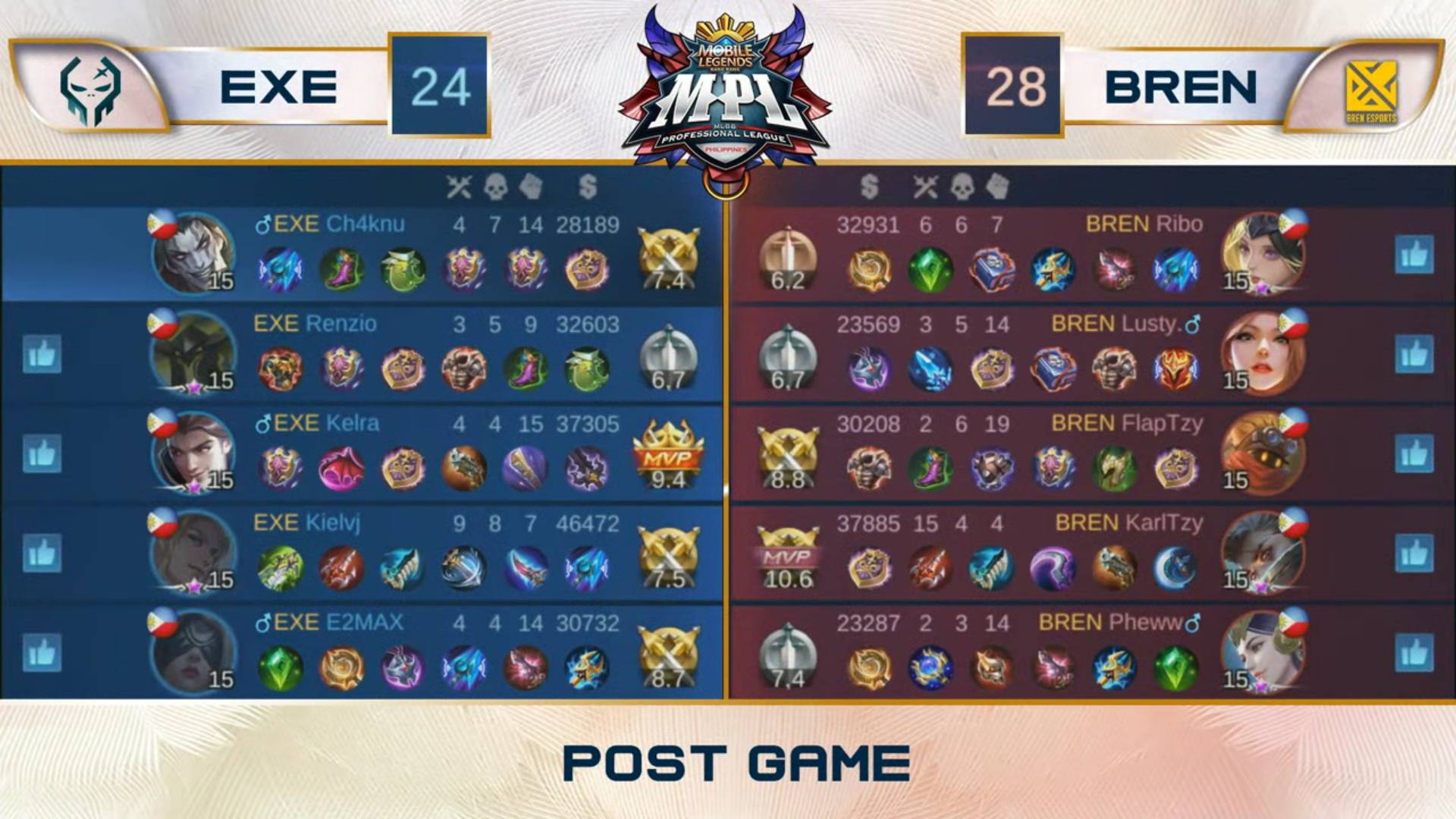 From there, Execration went on to win the next two games to complete the reverse sweep of the world champions.

Allan “Lusty” Castromayor was a man on a mission in Game One, putting on a show with his Khufra in Bren Esports’ lopsided 22-9 victory. 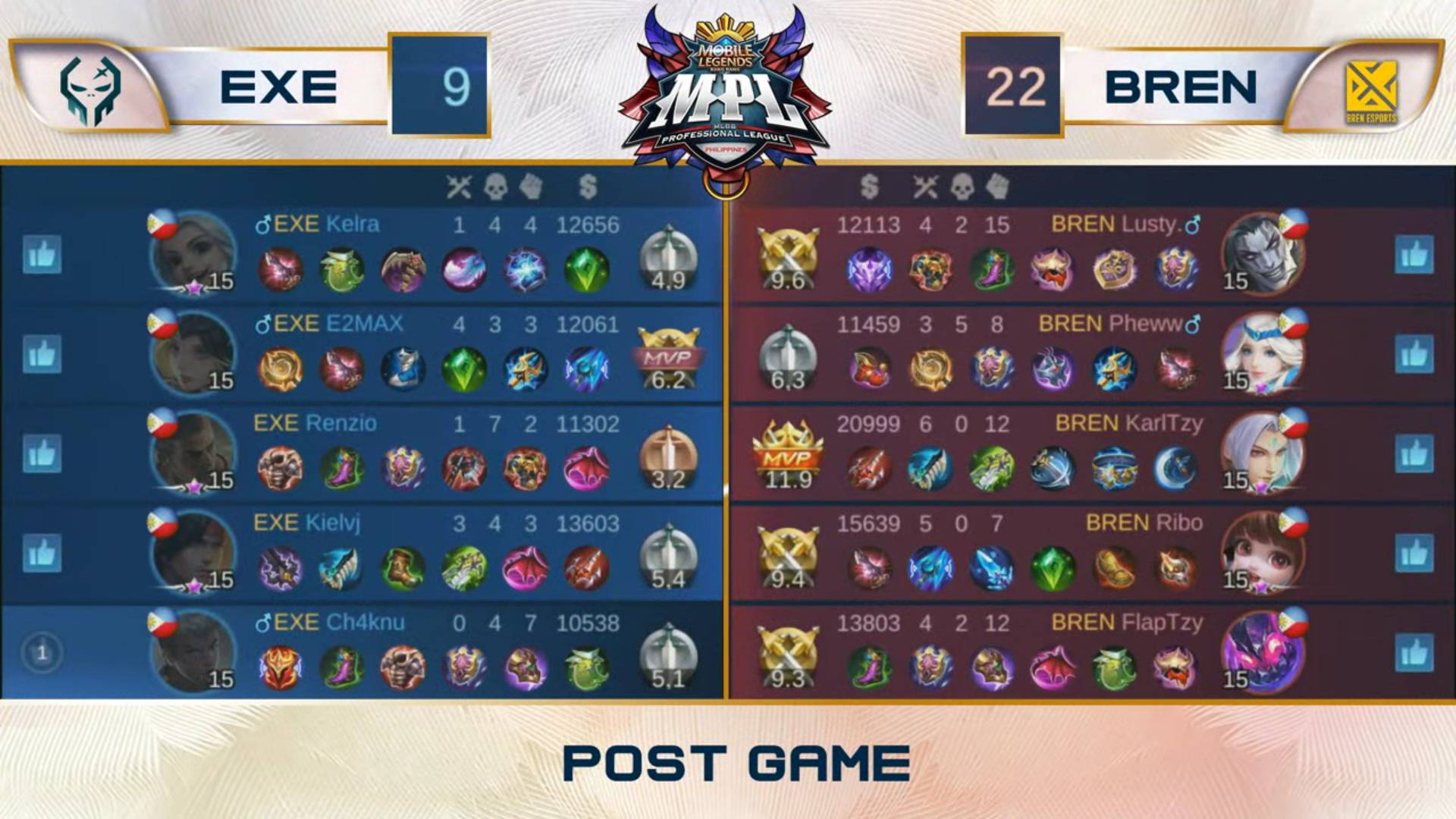 Execration managed to extend the match in time for Kielvj “Kielvj” Hernandez and Duane “Kelra” Pillas to scale up, but the late game antics of Lusty proved to be enough for Bren Esports to bag the win.

The Southeast Asian Games gold medalist, who had multiple perfectly executed Tyrant’s Rage in the match, dished out a game-high 15 assists laced with four kills and two deaths in the victory.

But just like in Game One, Execration failed to pull a comeback as Bren took the 2-0 lead. 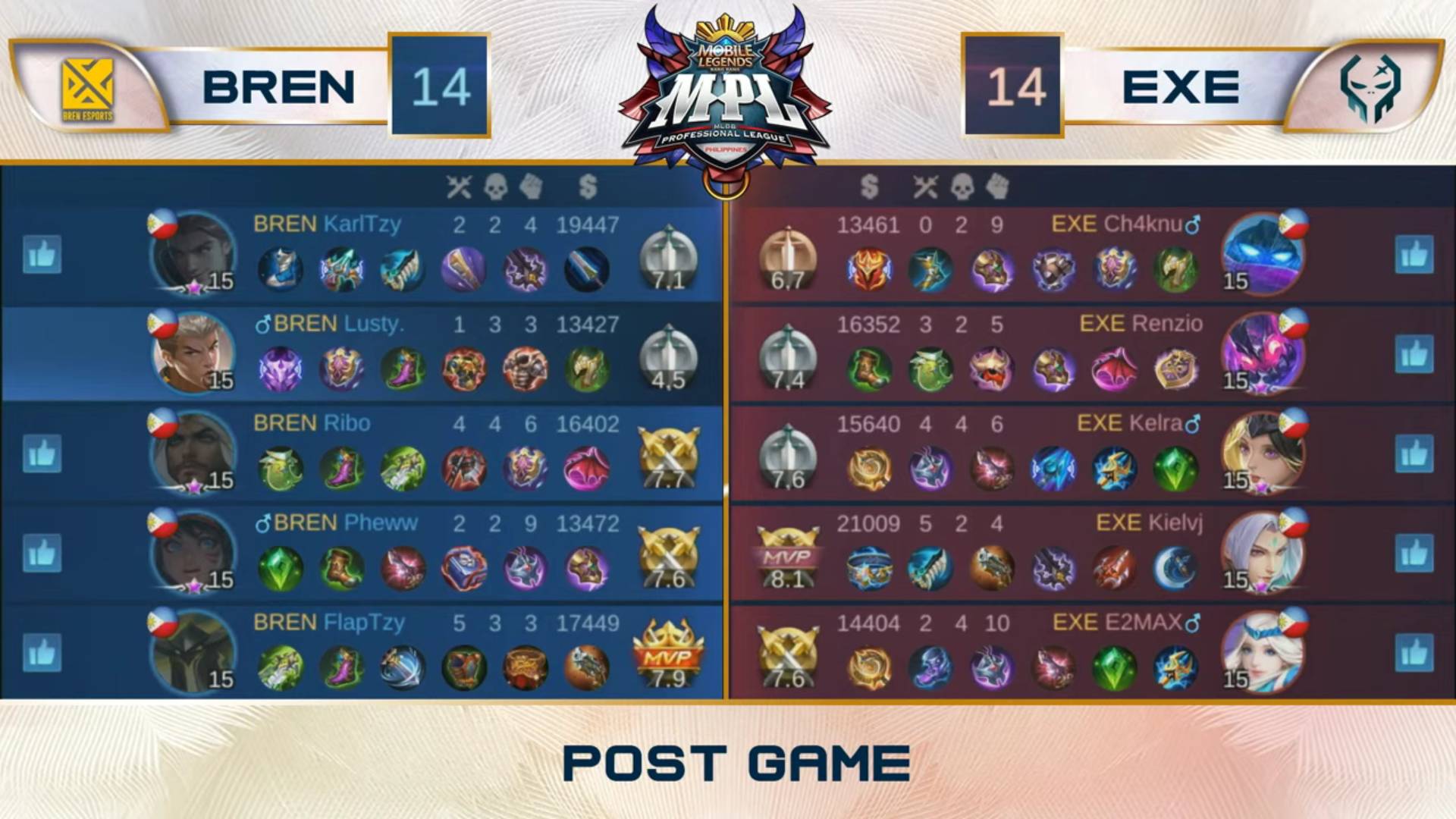 Angelo “Pheww” Arcangel’s Mathilda, who poked Execration all throughout Game Two, snatched the SMART MVP award with a game-high nine assists along with two kills and two deaths.

Ch4knu once again made his presence felt in Game Four, setting up multiple plays for Duane “Kelra” Pillas’ Harith to dominate the match and contain Ribo’s Chang’e. 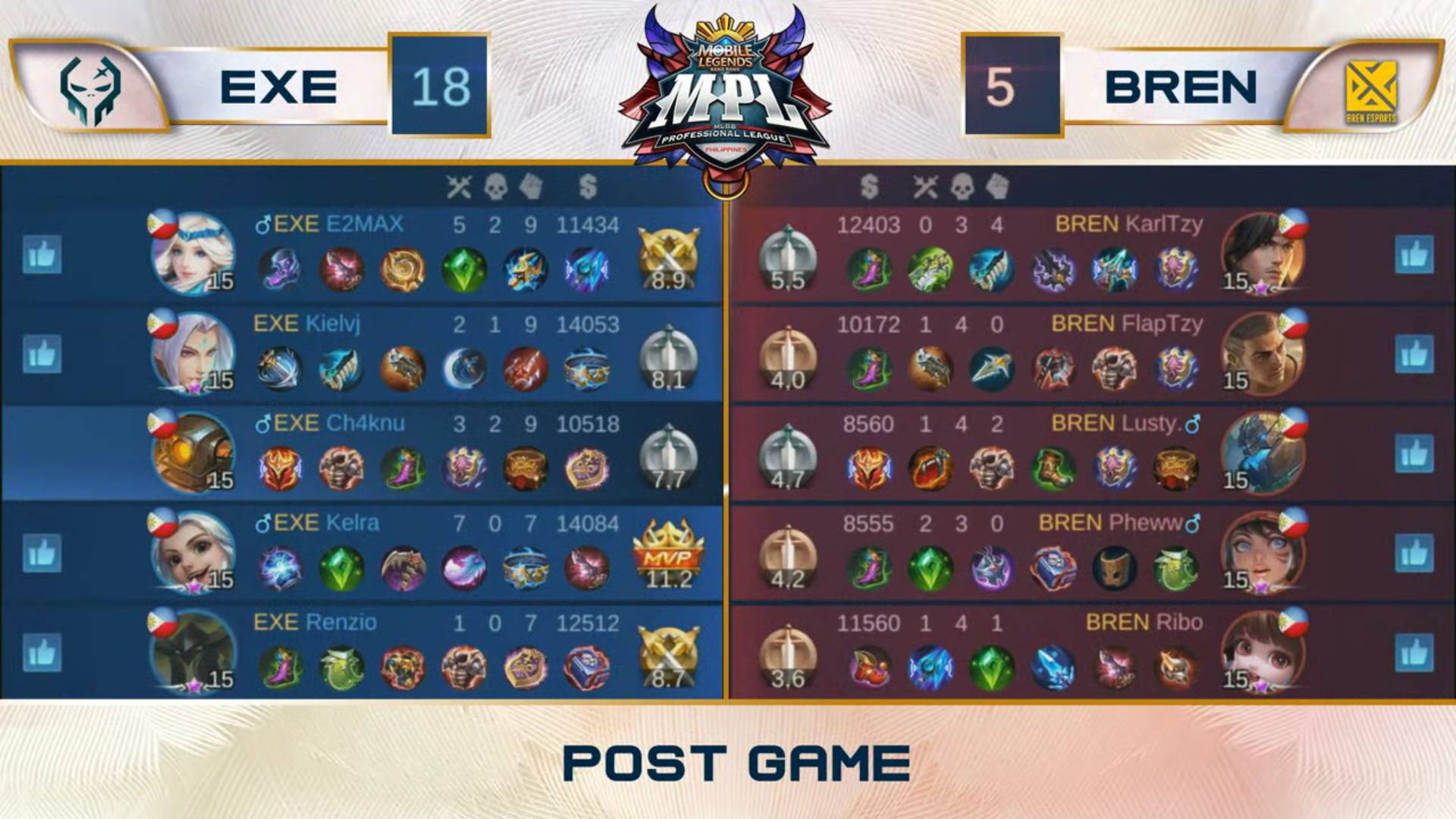 Execration then went on a rampage in the decider, leaning on Kielvj’s Claude with three kills and five assists in the 9-5 victory. Renz “Renzio” Cadua, though, won the SMART MVP with seven assists along with a kill and a death. 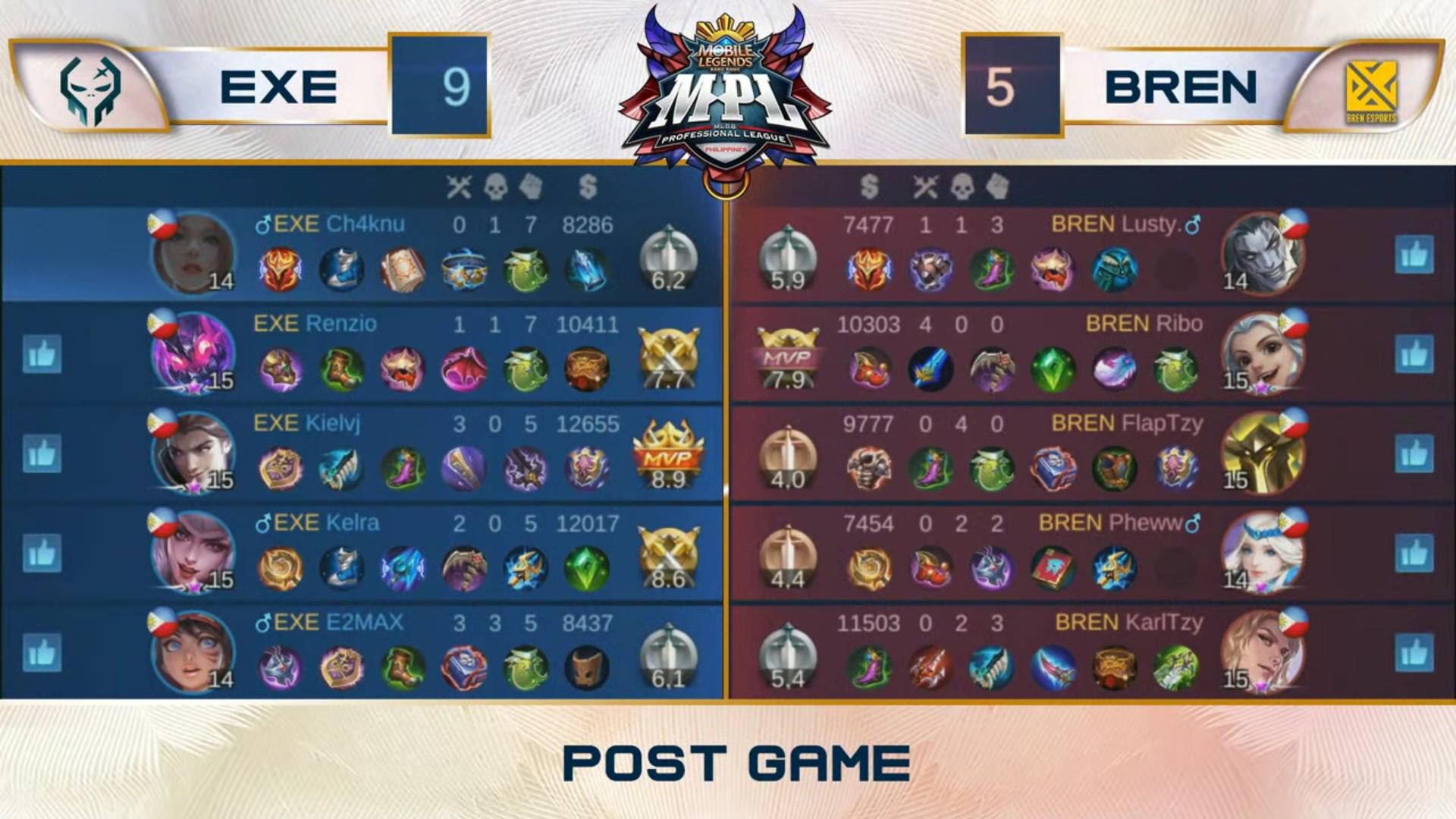 Execration will go up against Aura PH in the lower bracket finals tomorrow, Sunday for the right to face Blacklist International in the grand finals on the same day.