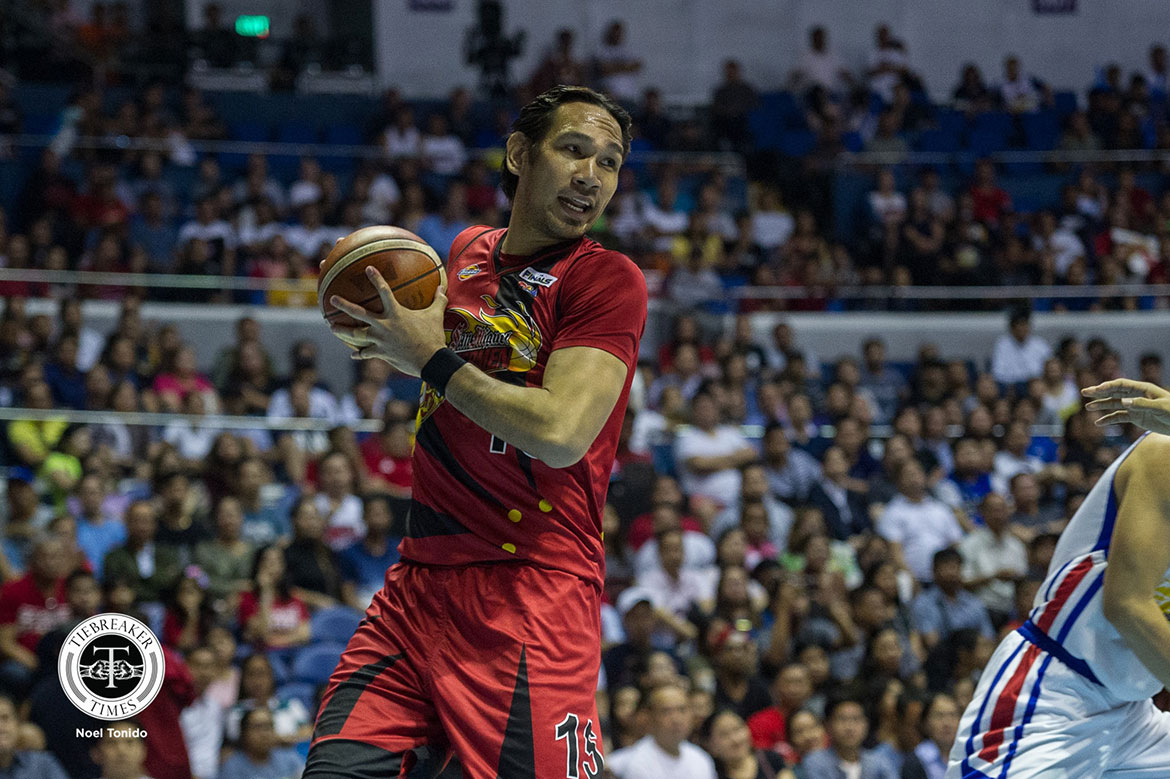 Marcelo Simbulan has been the yardstick of the league’s big men for 44 years when it comes to rebounding department, owing to the impregnable 29 rebounds he hauled down back in the inaugural season of the PBA back in 1975.

Ramon Fernandez took his turn trying to break it, along with Benjie Paras, Jerry Codinera, and Alvin Patrimonio – just a few legendary players who came after Simbulan.

For nearly five decades, the record stood the test of time and seemed unbreakable. Then a ‘Kraken’ emerged to shatter it and set the new record for most rebounds among local players in PBA history.

June Mar Fajardo, this generation’s and arguably PBA history’s most dominant player, collared 31 rebounds to go along 17 points, two steals and two blocks against the Magnolia Hotshots in the all-important Game Seven of the 2019 PBA Philippine Cup Finals, Wednesday night at the SMART Araneta Coliseum.

But true to form, the 6-foot-10 gentle giant played down the historic feat. The San Miguel big man asserted it’s just his job to secure every ball like it was his all his life.

Fajardo treated his rebounding outburst as ordinary but unknowingly, it was the deciding factor in a tightly-contested battle. Off his performance, the Beermen went on to clinch their historic fifth straight Philippine Cup championships with a 72-71, winner-take-all Game Seven squeaker.

The bulk of his rebounds came in the waning seconds of the back-and-forth payoff period against the gritty Magnolia squad, including the game-sealing board in the last 4.8 seconds off a Jio Jalalon miss.

Fajardo indeed pushed himself to the limit. He focused his whole body and effort into collaring every rebound for the Beermen, until his legs almost gave out in the dying seconds.

The big man was clearly fatigued, as he missed two pressure-packed free throws in the last 4.8 seconds that could have sealed the deal for the Beermen.

Fortunately, Arwind Santos and Chris Ross managed to double on Paul Lee off his rebound. Time then expired, with the Beermen escaping with the heart-stopping win.

Fajardo certainly proved that with a historic rebounding display. He not only shattered a 44-year record, but also helped set a new record of five straight All-Filipino crowns – not only for himself, but for the entire Beermen.