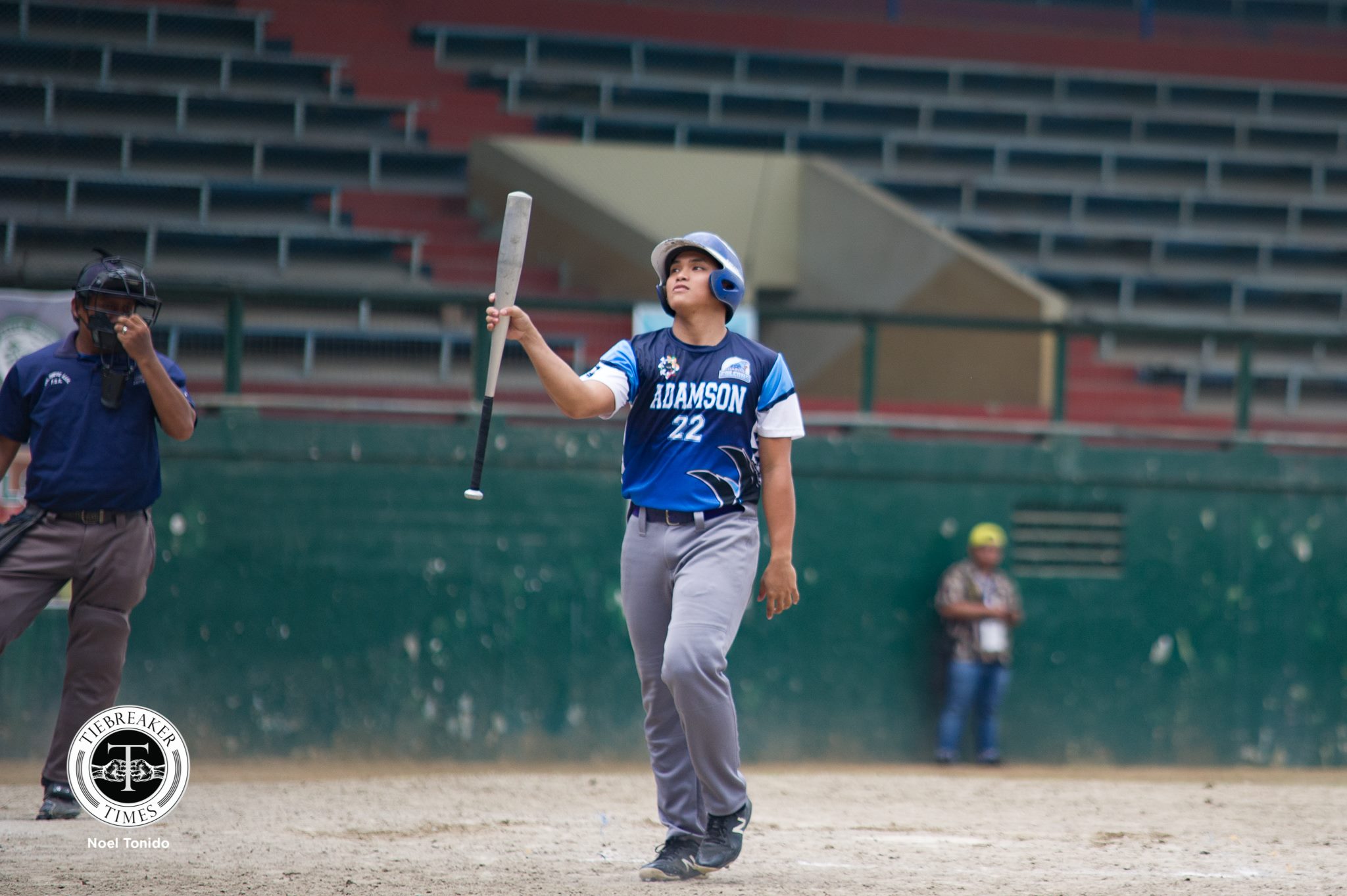 It was an all-important victory for Adamson as they were able to secure a podium finish with a 5-4 record — a full game ahead of 4-5 UST. Moreover, they kept their Finals aspirations alive with the victory as they will just be a full game back of the loser of the Ateneo-La Salle game later in the day.

Not wanting his senior year to go to waste, Erwin Bosito set the tone, slamming a first bat, homerun to right field.

The surge continued as the rest of the Soaring Falcons followed suit, punching in a total of 10 runs in the second and third innings. The huge run was highlighted by a Vince Terible triple that brought home two runs in the third stanza.

Facing an imposing lead though did not stop the Golden Sox from storming right back.

Seeing Lexter Carandang’s ball going off in the seventh inning, UST was able to punch in four runs in four hits.

Carandang had seven strikeouts in the seven innings he pitched.

READ  From Cal to Enderun: How Valandre Chauca was able to find home

On the other end, Jackson Acuna was able to settle the UST defense down after four disastrous innings by Ian Llave and John Lipalam.

Though UST was able to pick up three more runs in the last two innings — including a two-run homer by Mark Geronilla in the final inning, it proved to be too little, too late.

Come Wednesday, Adamson takes on the NU Bulldogs in the final game of the day. But in order to get to the Finals, they have to wish that UST stuns Ateneo earlier in the day.