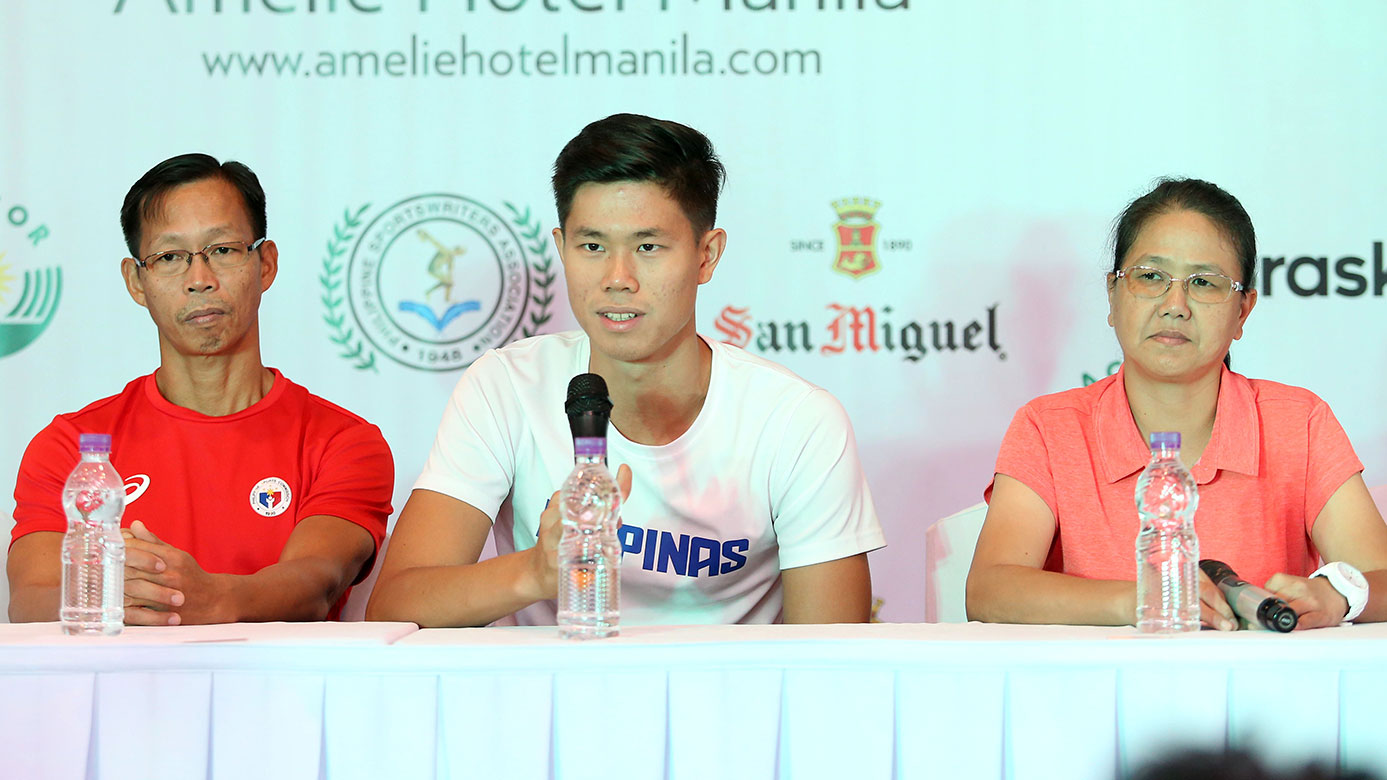 Despite being first of two Filipino athletes — so far— to book a ticket to the 2020 Tokyo Olympics, pole vaulter EJ Obiena is not looking too far ahead considering that there’s the 30th SEA Games scheduled in December.

The 23-year-old Obiena said qualifying to the Summer Games is “more of a dream coming true”.

But he said during Tuesday’s Philippine Sportswriters Association (PSA) Forum at Amelie Hotel Manila that his eyes are on the upcoming SEA Games, which the country is hosting for the fourth time in history.

With a current best of 5.81 meters — which is ranked 10th in the world — the 6-foot-2 pole vaulter should be the favorite to win the gold in the SEA Games. Thailand’s Porranot Purahon is the reigning champion, with an effort of 5.35 meters in 2017 in Kuala Lumpur.

“I may have a slight edge but it’s a competition. Anything can happen,” said Obiena during the forum presented by San Miguel Corp., Braska Restaurant, Amelie Hotel and Pagcor.

“Hopefully, I can be the one standing on top of the podium holding the Philippine flag.”

Obiena is fully aware that in each competition, the bar is raised, and he expects higher marks in the coming SEA Games. The pole vault competition is set December 7 at the New Clark City in Capas, Tarlac, which is the main hub of the biennial event.

“What I can do is do what I can,” said Obiena, who was accompanied to the forum by his parents, Emerson (a silver and bronze medalist in the 1995 and 2005 SEA Games) and Jeanette.

“I will do my best to win the SEA Games gold. It’s our home country. It’s going to be a shame if I lose and I know that,” said Obiena, now fully recovered from an ACL injury he suffered just days before the 2017 SEA Games.

Obiena is looking at practically the same field for the coming SEA Games.

“The Thais are really good, [and] the Malaysian and the young Indonesian. You’ll never know.”