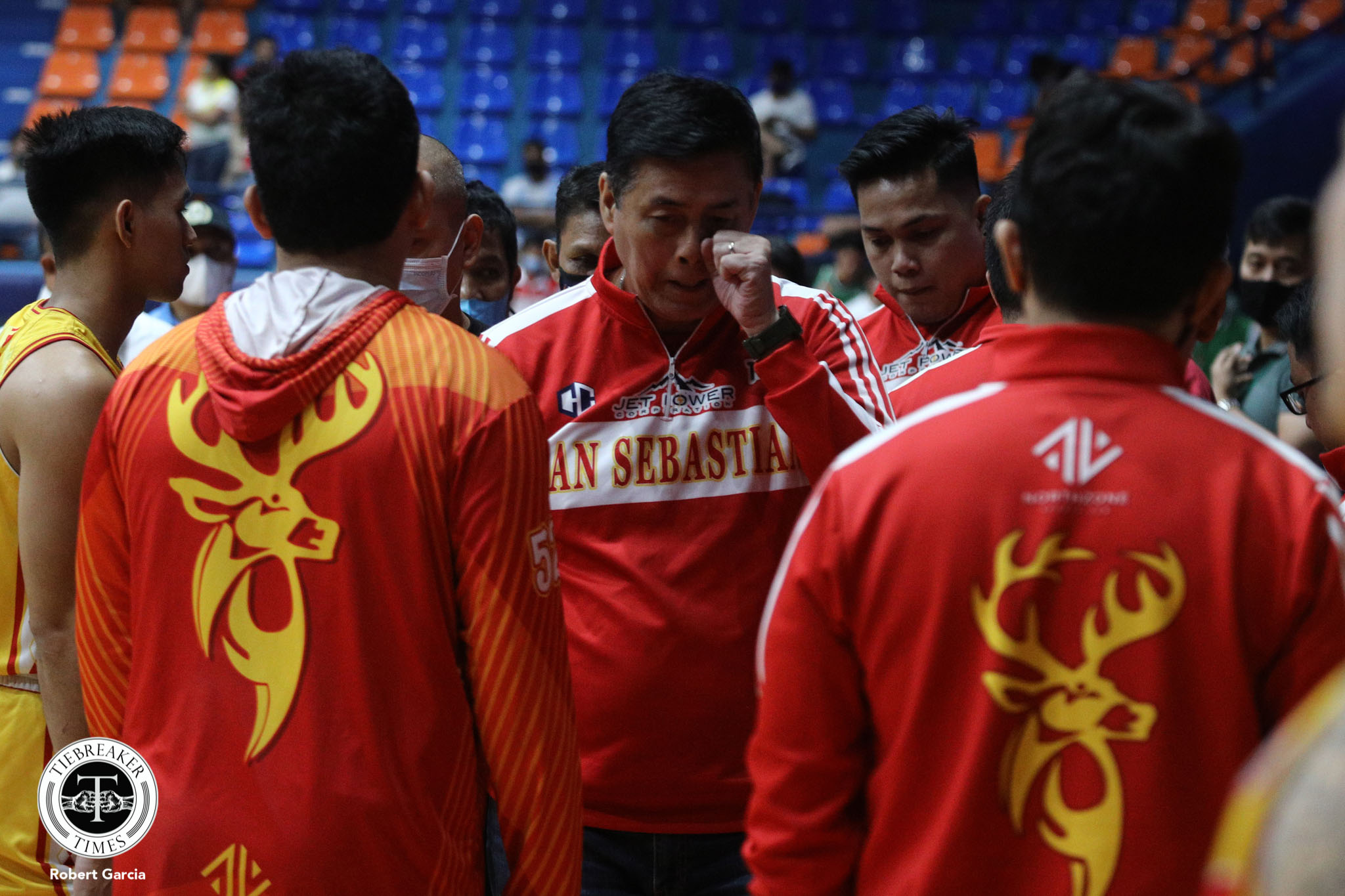 San Sebastian College-Recoletos head coach Egay Macaraya was left fuming after a “request” of his led to his ejection during their NCAA Season 98 Seniors Basketball tournament game against College of Saint Benilde on Tuesday.

With 4.1 seconds left in the second quarter, Alex Desoyo was driving to the basket, looking to end the first half with a bucket but was hit accidentally by Carlo Lim on the head.

However, only a blocking foul was called.

The Stags’ head tactician insisted on a review of the last play since the team still had their coach’s challenge. But instead of granting his request, Macaraya was called for a technical foul and a disqualifying foul by referee Ricor Buaron that led to his ejection.

After the disqualification foul, Macaraya refused to leave the court and insisted that he did nothing wrong. According to him, he was just asking for a coach’s challenge that they still had but Buaron is denying their right to for the request.

After minutes of delay, the Stags were granted the review that they were seeking, but it cost them their head coach.