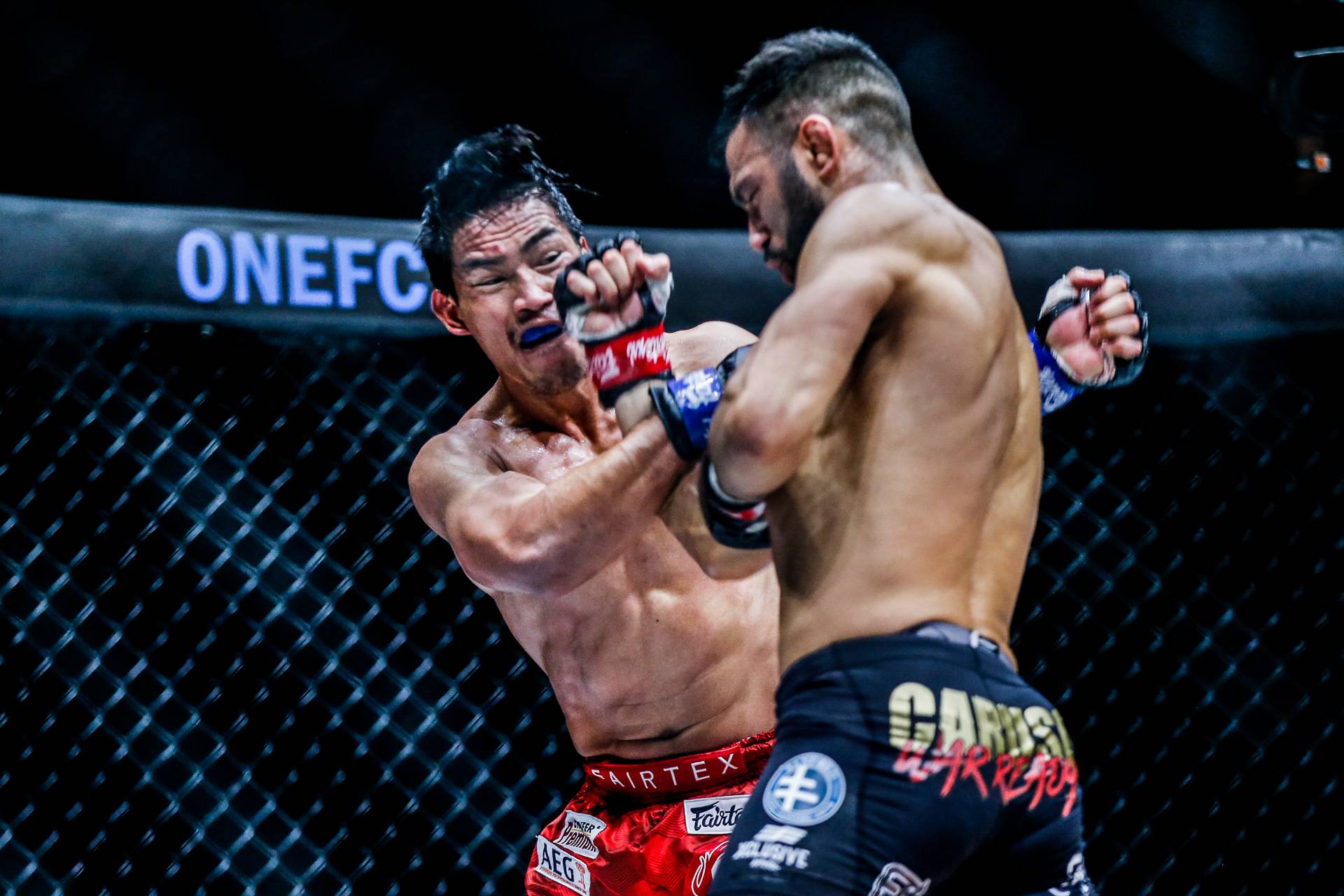 Eduard Folayang was late in solving the riddle that is Tony Caruso, suffering a unanimous decision loss during ONE: Inside The Matrix at Singapore Indoor Stadium, Friday evening.

It was another heartbreaker for Folayang, who lost his fourth bout in his last five fights. He dropped to 22-10.

Folayang, who was five inches shorter than the Aussie, struggled with the length of Caruso early.

In the opening round, the fighter known as the Spartan easily took down the Team Lakay legend with ease. There was a dangerous moment during the closeout to the round when Caruso almost had Folayang locked in a D’arce choke. “Landslide”, though, was able to break free.

An early exchange in the second round was capped by a thunderous right hook by Caruso that knocked down Folayang. Showing the heart of a champion, the Baguio native was able to survive the round.

In a surprise, the 36-year-old Folayang was the fresher man in the final stanza. He dissected Caruso with leg kicks before picking him apart with slick combinations. However, the Filipino, who was trying to replicate his miraculous feats in Singapore, was on his back to close out the round, halting his comeback.

#ReadMore  Adiwang to welcome world no. 1 strawweight Brooks on ONE on TNT II
In this article:Antonio Caruso, Eduard Folayang, ONE: Inside The Matrix, Team Lakay