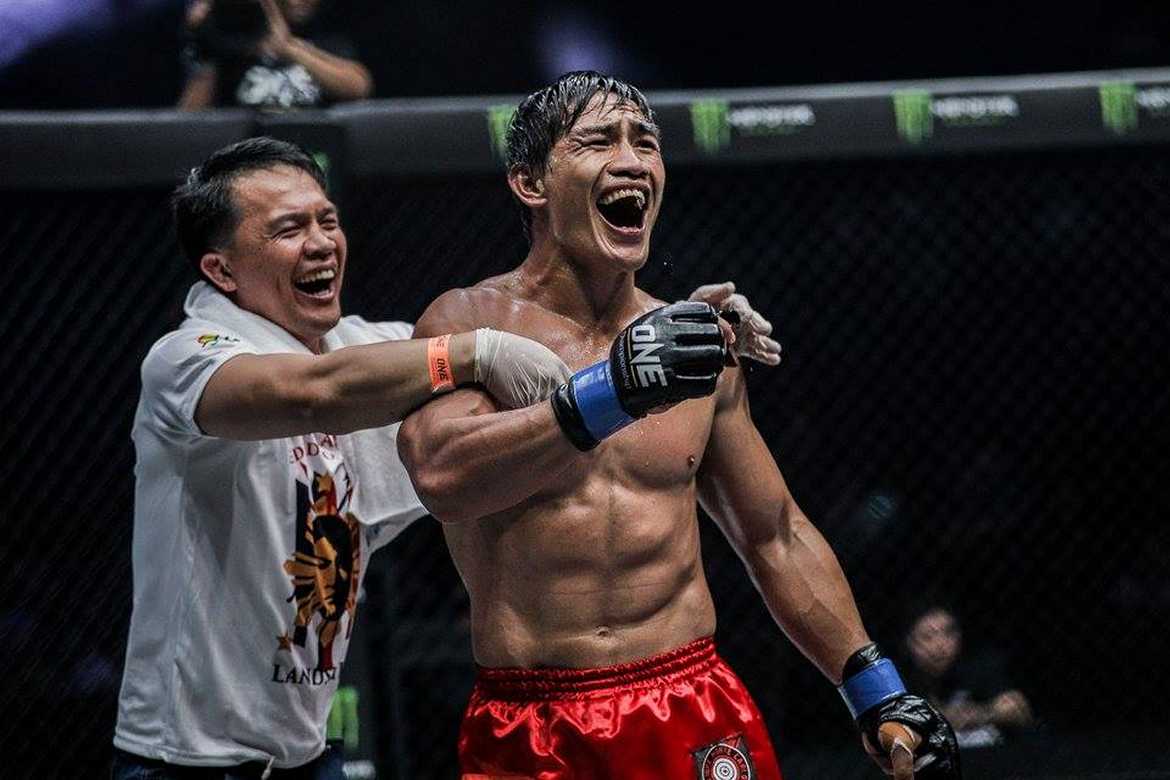 Perhaps there is no country more fitting for Eduard “Landslide” Folayang to jumpstart his road back to the ONE Lightweight World Title than Singapore.

After all, the Lion City has been good to him and his mixed martial arts career.

So when he takes on Antonio “The Spartan” Caruso in one of the featured undercards at ONE: Inside the Matrix on October 30 at the Singapore Indoor Stadium, he’s confident he can replicate his previous magic in the country.

A quick look at the former ONE Lightweight world champion’s resume and you’d understand his fondness of that country.

It was in Singapore where he started to make a name for himself in international circuits. He went unbeaten in martial combat en route to headlining the first-ever ONE event in 2011, Champion vs Champion in September.

In the same venue in September of 2016, he pulled off the biggest win of his career. Folayang took a third-round TKO over highly-touted Shinya ‘Tobikan Judan’ Aoki to win the ONE Lightweight World title for the first time during Defending Honor.

Currently, he’s 6-1 in there and his head coach Mark Sangiao is confident he will improve on that standing after this event.

“We’re claiming Eduard to be the lightweight champion again. I believe in him, and for as long as the fire is still there I believe he can still do it,” said Sangiao, who joined Folayang in the session presented by San Miguel Beer, Go For Gold, MILO, Amelie Hotel Manila, Braska Restaurant, the Philippine Amusement and Gaming Corporation (PAGCOR), powered by Smart, and Upstream Media as the official webcast partner.

For Sangiao, there’s no better time for Folayang to make a comeback — especially since they have been staying active since March.

While uncertainty surrounded the entire sporting world during the COVID-19 pandemic, Folayang never lost sight of his goals. He remained disciplined and prepared just in case ONE comes calling.

Now that the call has finally come, Sangiao is happy he doesn’t have to worry about Folayang’s fitness.

Folayang echoed his coach’s sentiments and promised his fans to expect nothing but the best from him that night.

In this article:Eduard Folayang, Mark Sangiao, ONE: Inside The Matrix, Philippine Sportswriters Association Forum, Team Lakay