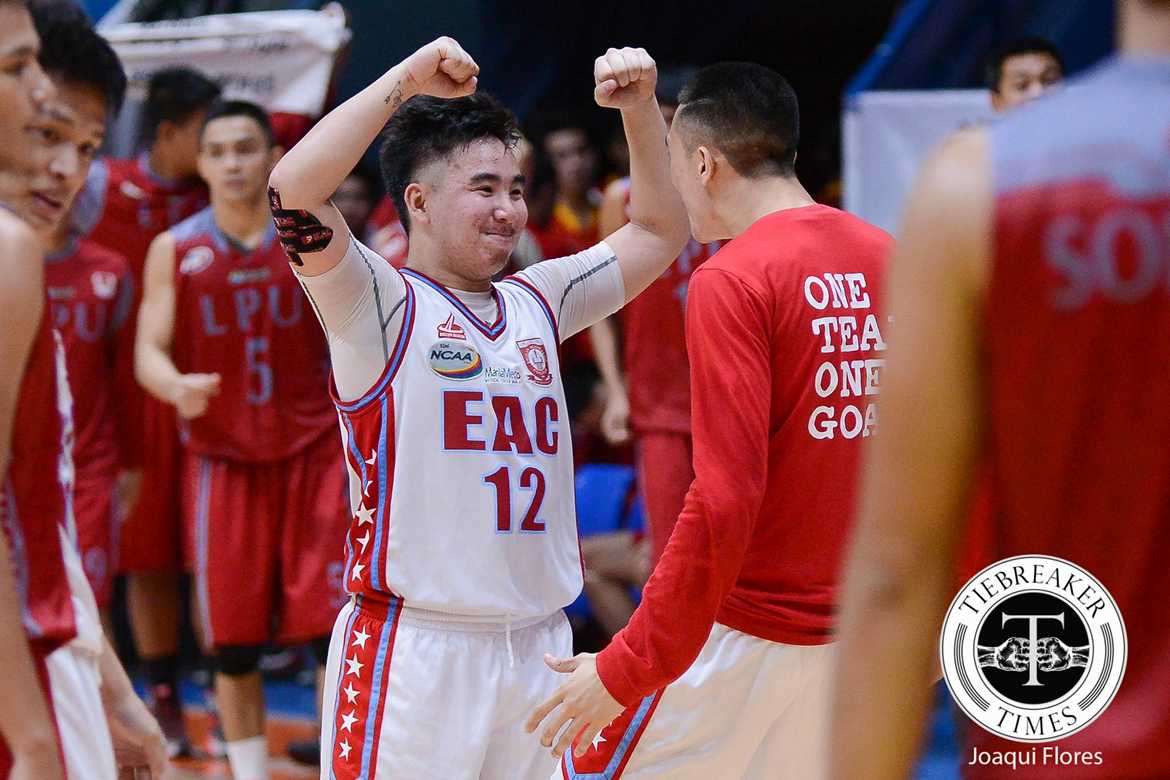 The Emilio Aguinaldo College Generals bucked a second half meltdown, eventually escaping the Lyceum Pirates in a 73-66 win, Friday afternoon at the Filoil Flying V Centre in San Juan City.

The win gave the Generals their first winning streak of the season and, more importantly, kept their slim Final Four hopes alive.

“I’ve been praying for this to happen and it happened today. I told the boys to play as a team,” said first year EAC head coach Ariel Sison.

Hamadou Laminou finished the contest with a game-high 20 points but was limited to just seven rebounds. Sidney Onwubere added 16 markers and 10 rebounds. However, both members of the General frontline were in foul trouble in the second half, with Onwubere fouling out midway through the final frame.

Needing enough power to stave off the Generals, Francis Munsayac stepped up for EAC, scoring 11 of his 15 points in the final frame.

“We saw today how good Francis is,” Sison said about his fourth year floor general.

With the game tied at 60-all with 4:16 remaining, Munsayac sparked a game-breaking 12-2 rally after surging past the Pirates five for a lay-up. A long three by Munsayac three minutes later then proved to be the dagger as EAC regained a double-digit lead, 72-62.

The Generals led by as much as 16 points early in the third canto but the troika of Ian Alban, Mike Nzeusseu, and Paul Soliman led the Lyceum fight back, gaining a 47-46 lead entering the fourth quarter.

Alban paced Lyceum with 18 points, while Nzeusseu tallied a double-double with 16 points and 10 rebounds.

“Wala na kami chance siguro. Mapua is 8-5, we have nine losses. What we are looking at is to get more wins and improve our standing from last year,” Sison added about their Final Four hopes.

“If it happens, bonus na lang but it’s difficult for our side.”

Ancajas all set to challenge Arroyo for IBF crown