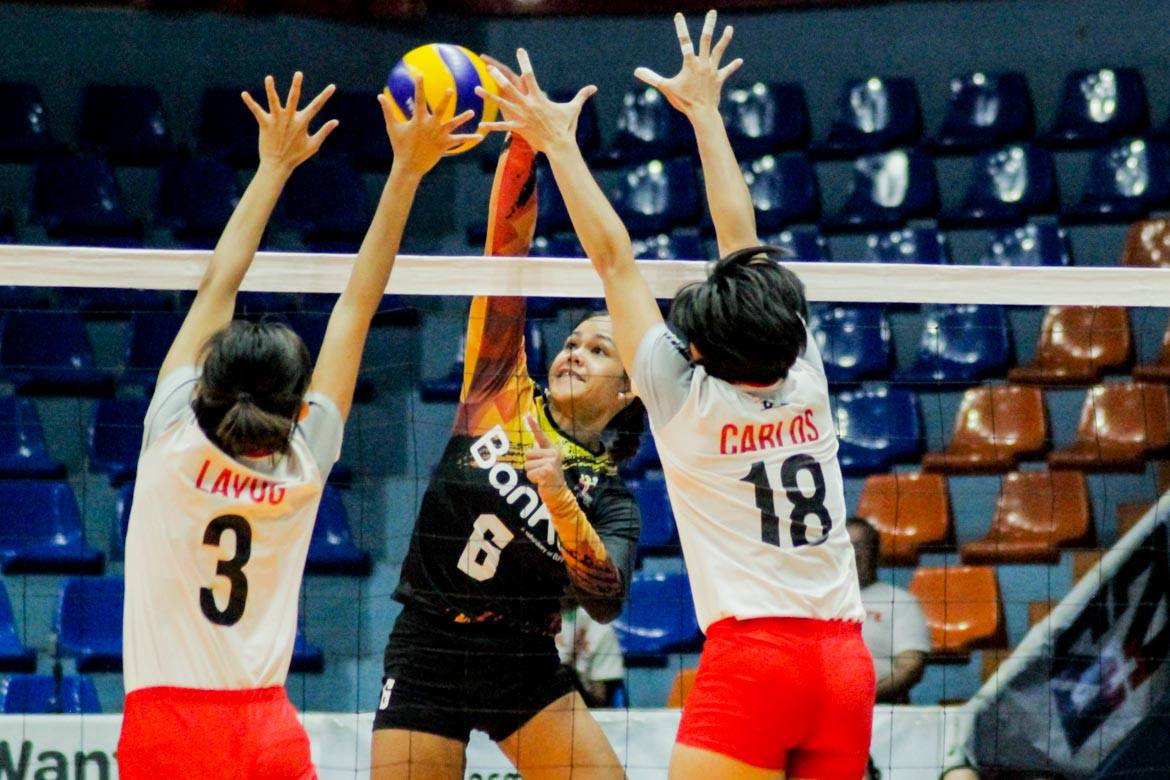 Looking to get back on track, Dzi Gervacio and the BanKo Perlas Spikers arrested their two-game losing streak with a straight-set rout of Motolite, 25-21, 25-19, 25-21, in the 2019 PVL Open Conference, Saturday at the FilOil Flying V Centre.

Gervacio fired 19 hits for 20 points to help BanKo back into the winners’ circle with a 7-5 win-loss slate. With the victory, the Perlas Spikers moved up to the fourth spot in the standings.

“It’s the mindset. Number one talaga is yung attitude sa loob ng court. Whatever happens, good or bad, kailangan like everything’s positive tsaka may reminder kami na we should always help each other, tulungan,” said Gervacio on BanKo finally ending their losing skid.

After figuring in tight tussles in the first and second sets, the Perlas Spikers once again found themselves in a hard-fought third frame against Motolite.

The Perlas Spikers then had a single-point advantage at the end of the second technical timeout of the third set. Given that, Nicole Tiamzon and Dzi Gervacio spiked a 4-1 blitz to take a 20-16 advantage.

Trying to get her team within striking distance, Isa Molde scored through the BanKo wall. She then converted a kill block in the ensuing play to cut the deficit to just two points.

Tots Carlos and Bern Flora tried a last-ditch to save the game, but Tiamzon and Kathy Bersola delivered the finishing blows and completely slammed the doors on Motolite’s uprising.

Roces chipped in 13 points founded on nine hits, three aces, and a block. Meanwhile, Tiamzon finished the game with 12 points on 10 attacks and two blocks to go along with 13 excellent digs.

Jem Ferrer kick-started the offensive thrust with 30 excellent sets, while also converting one from the service line.

On the other hand, Tots Carlos paced Motolite with 14 points founded on 11 hits and three aces. Molde and Myla Pablo provided 10 markers apiece.

Motolite, who dropped their card to 7-4, remain in the third spot behind the Petro Gazz Angels.

BanKo will look to continue their run on October 6, Sunday against the Chef’s Classics Red Spikers. Meanwhile, Motolite will try and bounce back from their loss against the Choco Mucho Flying Titans on October 2, Wednesday.

Alfred Valbuena glad to be back in volleyball