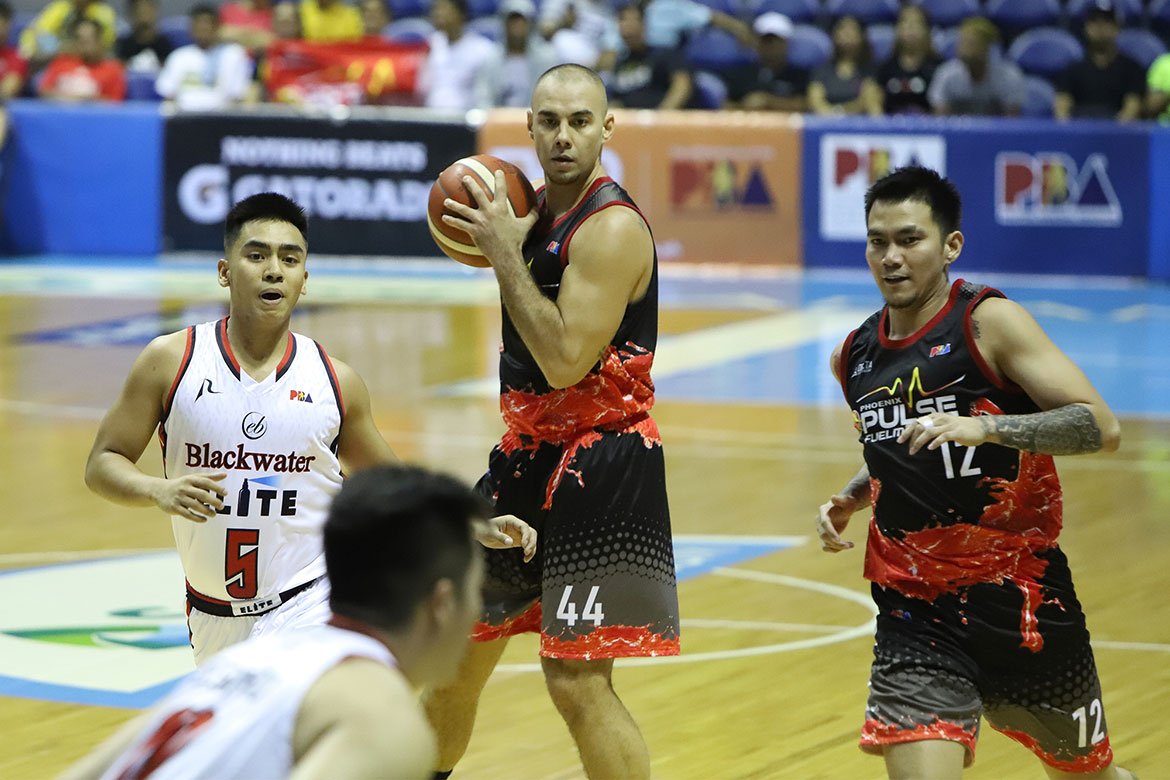 After 12 years of playing in the PBA, Doug Kramer has decided to hang his basketball sneakers for good.

That came as something of a surprise, since that the 6-foot-5 bruiser is just 36 years old. And he doesn’t have any injuries, either. But Kramer explained that he wants to do much more than playing, and spend more time with his family.

“I’m very healthy, I’m very strong. Physically, I can still take the banging,” Kramer said. “But parang naging notion na kasi for almost every basketball player is parang… Will you wait ’til something’s really painful until you give up, until puro painkillers ka na lang? I’m not like that. Basketball is something that I made na parang… It’s one of my avenues.

“I’ll give my all, I’ll be professional, but knowing it’s only an x-amount of years — six years, ten years, twelve years, whatever it may be. At the end of the day, I’m still very young. I’m thirty-six. I still wanna do so much. I have plans with my family.”

The 12 years Kramer spent in Asia’s pioneering pro league have seen him play for eight franchises. And for him, being drafted fifth overall by Air21 in 2007 and winning a title with San Miguel Beer in 2015 are among his best memories.

But he takes particular pride in his time with the Powerade Tigers. Back then, he was part of that squad that made it all the way to the 2011 Philippine Cup Finals after finishing as the eighth seed at the end of the eliminations.

“The number eight seed going all the way to the number one. We didn’t make it, but grabe the odds that were against us,” said Kramer, who arrived at Powerade after just one season with the Rain or Shine Elasto Painters.

“When I was posting, a lot of fans were telling me that they remember the Cinderella team a lot. And, you know, those were my best numbers. I was averaging a double-double that year. So that’s what I remember the most.”

Kramer played his final game Friday. And his Phoenix Pulse Fuel Masters made sure to give him a fitting send-off as they came back from 14 down, forced overtime, and took a 120-117 win thanks to Matthew Wright’s clutch three.

“Matthew hit really big shots, and he told me prior to that ‘I’m gonna hit big shots for you, Doug.’ Gumanun siya,” said Kramer, who played for 19 minutes and 17 seconds and finished with 10 rebounds, three points, and an assist.

“I’m happy for him. He’s one-of-a-kind talent. Phoenix is in good hands.”

Now that he leaves Phoenix Pulse, Kramer hopes that they could be better next season.

“I was their captain ball for the whole season and, you know, they have the materials. Obviously we missed the services of LA Revilla, Jaypee Mendoza, and Calvin [Abueva]. Hopefully, they will all be back next season and improve on the numbers and the wins.”